The Bizarre Sea Vanishing of the Jockey Albert Snider

Born in 1921 in Calgary, Canada, Albert Snider was a big name in Canadian thoroughbred horse racing, going on to be famous in the southern United States in the latter part of 1938. He rode at major tracks in the U.S., including New York, Massachusetts, Rhode Island, Maryland Kentucky and Illinois, and won such eminent races as the Arlington-Washington Lassie Stakes and the Stars and Stripes Handicap, among many others. Riding for Calumet Farm, Snider would become a huge star in the world of professional horse racing, winning the Kentucky Derby, Preakness, and Belmont Stakes, which comprise racing’s holy grail, the Triple Crown, winning nine of his races aboard the legendary horse Citation. There were great things in his future and he was becoming a major star, but dark clouds were ahead, and he would end up becoming more known for being a strange unsolved mystery rather than any racing success.

On March 5, 1948, Snider took some time off to go out for a planned week-long fishing trip along with trainer Tobe Trotter and a Canadian businessman, Don Frazier. They headed out from Miami, Florida aboard a 65-foot yacht named the Evelyn K to catch some redfish near Sandy Key, in the Florida Keys in the Gulf of Mexico. The mood was festive as they set out, as the 28-year-old Snider had just won the Flamingo Stakes at Hialeah Park by an impressive six lengths aboard Calumet Farm's Citation, the weather was fine, and they were all in good spirits. That afternoon, they parked the yacht at Sandy Key to go fishing on a 15-foot wooden skiff, taking with them reserve fuel, a jug of water, life-jackets, 75" of rope, extra spark-plugs, a bailing pail, oars, and an anchor, planning to return within the hour. At this point the weather was still calm and clear. Other people who had been aboard the yacht saw the men head out, but as dusk approached, they were lost to sight in the dimming light.

There would have been no reason to suspect anything would go wrong at the time, as the sea was flat and calm, and they were in very shallow water. Even when a sudden storm rolled in and the sea became wild and lightning flickered above, it was thought that they would be alright, but the skiff would never return, seemingly to vanish without a trace. When the storm passed after about an hour and the area was searched there was no sign of the skiff or the three men, not one piece of wreckage or single trace. A massive search was launched by the Coast Guard and the Navy, involving a fleet of ships, thirty aircraft, and scouring 1,000 square miles, but no sign of the ship or missing men could be found. It was as if they had just evaporated into thin air. 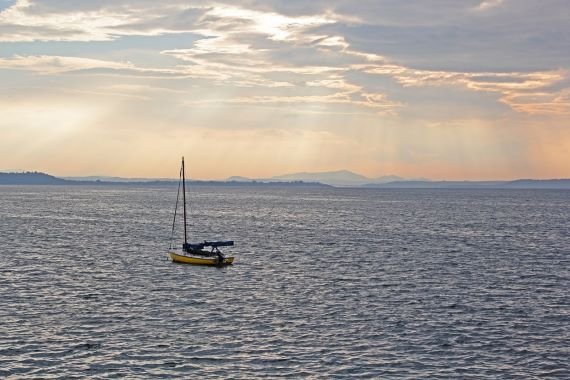 A week after the disappearance, the missing skiff was found by pure chance at Rabbit Key, about 10 miles south of Everglades City. The boat was in an eerie state, to be sure, with no equipment or gear aboard, no oars, life preservers or cushions, none of the stuff they had brought with them, just a wooden husk with about an inch of water in the hull. The boat was undamaged, perfectly seaworthy, but there was no sign of Snider or his friends. It was thought at the time that the men must have simply been washed overboard during the sudden storm, but why would all of the equipment have gone missing too? No one had a clue, and then things would get even more mysterious. It would turn out that the Trotter family would begin getting a series of rather bizarre phone calls from Cuba, of which Trotter’s son, Tommy Trotter, would say:

We received calls from the island speaking of the accident. There was some talk a Cuban fishing boat may have picked them up, but the voice on the other end would disappear. Then, a couple of days after that happened, we got a good number of mystery calls coming in.

This was seen as menacing enough that Snider’s 6-year-old daughter, Nancy, was actually taken out of school on the suspicion that she might be a target for nefarious parties, although luckily nothing ever came of it. Still, there was much speculation that foul play had been involved. It was found that Snider had been approached on several occasions to throw races, but had always refused to do so, meaning he might have made himself some deadly enemies in the process. Another idea was that Snider, who was known to flash about large quantities of cash, may have been targeted by thieves, but there was no evidence for any of this. In the meantime, there were sporadic sightings reported of the missing men, of which Nancy Snider would later say, “I remember people calling us going on months and months after he disappeared. Someone once said they saw my dad on a banana boat.” 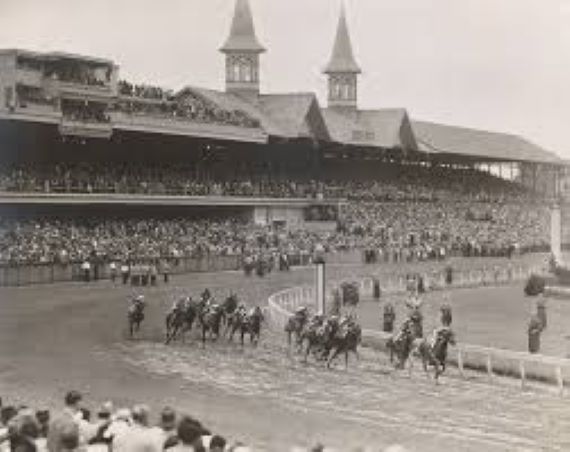 Adding even further to the mystery was a strange, barnacle encrusted bottle that would wash up on shore at Hallandale, Florida four months after the vanishing. Within the crusty bottle was found a cryptic note with a scrawled message that simply read, “Help. One dead. No joke,” signed by an “Al S.” It is unknown what connection this has to the missing men, but it is certainly eerie. In the end, no sign of Snider or his companions has ever been found, no meaning behind the calls from Cuba ever discovered, and the case has become a baffling unsolved mystery. Tommy Trotter has said of it:

I always thought the whole thing was strange. They had safety life preservers, but no clues whatsoever. In that area, the water is very shallow in some spots, and runs deeper in others. If they were hit by a storm, it would have turned the water over pretty good. But if there was a storm ready to hit, my father would be the first one to say, 'Let's get going.' And there were three men in there. I never could understand why something wasn't thrown out.

The case would officially be deemed just an accident at sea, but it has remained unsolved. No one knows what happened to these men, nor why their missing skiff should be found completely emptied out and undamaged. What happened to these men and what were the meaning of those mysterious phone calls and the message in the bottle? Why was the boat found in pristine condition only with no one aboard? Was this just an accident at sea, or is there something else more to it? We will probably never know for sure.