The Curious Case of the Man Whose Life Reset Every Minute

The mysteries of the human mind are vast. There are many things that we still don't understand, making it all an uncharted domain akin to the frontier of space, and one of those weird enigmas is that of the many strange cases of unexplained amnesia. What if you were to wake up one day and not know who anyone was or where you were? What if this was a recurring phenomena that kept you from ever really knowing who you are or who you were talking to? What if your life was on constant repeat, with every moment reset after you had lived it? This has actually been a personal hell experienced by some rare individuals, and it all gives us a glimpse into the dark powers of the human mind.

Our case here revolves around a man by the name of Henry Gustave Molaison, who was born in 1926 near Hartford, Connecticut to a normal working-class family. He had a normal life and happy childhood with nothing out of the ordinary until he was 10 years old, when he began suffering from mysterious headaches and bouts of chronic epilepsy. These seizures would get progressively worse into his teens, and he was mercilessly bullied for it at school, often even as he writhed about on the floor of classrooms foaming at the mouth and biting his tongue. He was prescribed a potent cocktail of maximum-dose anti-epileptic drugs, but these epileptic fits plagued him well into his adult life, making it hard for him to find steady work or live a normal life.

In the early nineteen-fifties, a well-respected local neurosurgeon by the name of William Beecher Scoville was experimenting with better ways to control epilepsy other than a daily regiment of medication. Scoville, who was known for his work doing lobotomies, was convinced that he had found a way to directly target the part of the brain responsible for seizures, and one of his patients ended up being Molaison. Although it was made clear that this was a strictly experimental procedure, the promise of being freed from his lifetime of crippling epilepsy was enough to get Molaison to get on board and agree, and on August 25, 1953 he underwent the spooky procedure. It was far from an advanced technique being carried out at some state-of-the-art facility, instead consisting mostly of Scoville drilling into his head with a hand drill with little more than a local anesthetic, after which pieces of the brain believed to be responsible for the seizures were removed, including portions of the hippocampus, the parahippocampal gyrus, the uncus, and the anterior temporal cortex.

At first it actually seemed as if the procedure had worked. The frequency and severity of the epileptic episodes were greatly reduced, his personality remained the same and his intelligence tests came back normal, so it was all seen as a remarkable success, but there would soon to be found something amiss. It was noticed that Molaison seemed to often become disoriented, not being able to find his way around the hospital and often demonstrating no memory of his day-to-day life there. Although he remembered his early life and most of his past, it became more and more obvious that he was having trouble forming new memories, often unable to remember things that had happened the previous day or the names or faces of people he met at the hospital, and he would forget the way to the bathroom on a daily basis. Despite this, he was released to his family’s care and the weirdness continued.

Molaison was said to never remember where anything was, and to read and reread the same magazines over and over again without showing any inkling that he had already read them. He would forget where he placed things, have the same conversations or tell the same jokes again and again, and not recall what he had done on any given day. It was becoming clear that he was suffering from an acute case of what is called “anterograde amnesia,” in which the memory of the past is more or less intact, but can’t lay down new memories, with every experience and every person encountered every day met for the first time. In the case of Molaison, he seemed to be unable to form what are called “episodic memories,” or memories of discrete events in his life, and it seemed that he could only retain new memories for roughly a minute or so, after which they faded away and the experiences wiped, his only permanent memories stretching past the point of his brain operation.

This proved to pose a lot of problems for him. At his job packing balloons, he had to be pretty much retrained constantly because he could not remember what he was doing. His personal health and hygiene also suffered because he would forget that he had to brush his teeth, and he would even forget what he had eaten. He would take to writing notes to himself to remind him of what he had to do and what he had forgotten, and when his parents passed away he could not remember if they were dead or alive. He did seem to be able to learn things in a sense, with repeated experiences giving him a vague map of where he was and what he was supposed to do and basic motor skills managing to stick, but this was mired in the mental fog of him constantly forgetting everything. Oddly, there would be certain things that would stay with him, but these were random and there was no clue for why these particular skills and pieces of knowledge should stick. He also seemed to be able to retain certain motor skills, often even improving over time in tests of this, such as one in which he was repeatedly asked to draw a star. Mostly he just got by by acting like he knew what was going on, although every person was soon a stranger and he was never able to form a concrete connection to another human being. 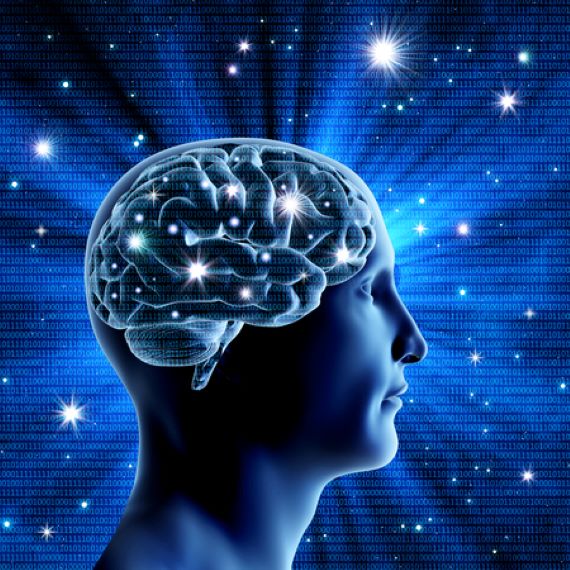 Throughout all of this, he was subjected to experiments and was helping to shed light on neuroscience and the workings of the brain, with some proclaiming him to be “arguably the single most important patient ever studied in neuropsychology.” He was very in demand as a research subject and he was changing the way scientists saw how the brain worked, with one of these being the revelation that the hippocampus, almost all of which Scoville had bilaterally removed in Molaison, was the seat of the formation of new episodic memories, an area required to transfer memories from short-term to long-term memory, and that motor skills and long-term memory were stored elsewhere. One of the main neuroscientists of the time, who would dedicate her life to studying him, was a Suzanne Corkin, from M.I.T., who would end up controlling who could and could not experiment on him. She would also allow certain journalists access to him, one of these being science journalist Philip Hilts, who would write perhaps the most definitive tale of Molaison’s life, titled Memory’s Ghost (1995).

As he grew old and infirm, something that he didn’t even seem to be aware was happening in the normal sense, as each day looking in the mirror was a new face for him, Molaison offered to have his brain donated to science upon his death, so that his condition could be even better understood. He had lived a life without really knowing anyone, in which every day was new and fresh to him and faces and events faded away, everyone around him a perpetual stranger and his life basically reset to start from scratch minute by minute. When he did pass away in 2008, Corkin moved in quickly to have his brain removed and put on ice, before being scanned, dissected, and preserved. It now resides at the Brain Observatory at the University of California, San Diego, where is has been surmised that his disembodied brain is “the best-known brain there has ever been, an enduring memorial to the man who forgot everything.” Corkin has also written about her experiences and research with Molaison, titled Permanent Present Tense, and it is all an amazing journey through the human mind.

We are left with a curious case of someone who lived a life most of us would never even be able to imagine. Living minute by minute, hour by hour, never able to form normal human relationships and life a constant struggle. He died taking any insight into this to the grave with him, and it his brain and life continue to give insight into extreme amnesia. There is every possibility that we will never truly understand what exactly happened to Henry Gustave Molaison or how he saw the world, and it serves as a reminder to just how deep the mysteries of the human brain and mind.