The Day the Earth Flipped On Its Side — It Really Happened

The Earth didn’t physically stand still in “The Day the Earth Stood Still” but it did spin backwards when Superman reversed time. Those are both fiction, but scientists now have solid evidence that the Earth flipped on its side and then flipped back into place at least once. We’re still here so it didn’t destroy the planet, but the event left physical evidence and a team of researchers finally found and identified it.

"Imagine looking at Earth from space. True polar wander would look like the Earth tipping on its side, and what's actually happening is that the whole rocky shell of the planet—the solid mantle and crust—is rotating around the liquid outer core." 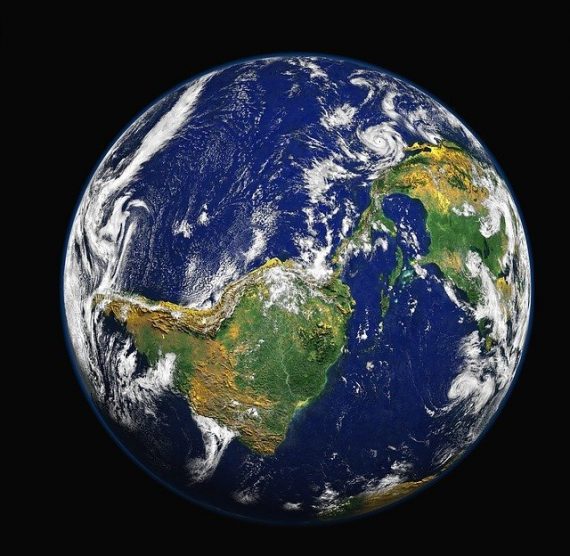 There has been news the past few years of the Earth’s magnetic pole moving somewhat rapidly south – it’s now in Siberia – but a new study in Nature Communications, “A Late Cretaceous true polar wander oscillation,” reveals details on true polar wander (TPW), which is the “reorientation of a planet or moon in order to align the body’s greatest nonhydrostatic principal axis of inertia with the spin axis.” On Earth, this happens when the Earth’s mantle and crust rotate around the liquid outer core. Study co-author and Tokyo Institute of Technology's Principle Investigator Joseph Kirschvink explains in a press release that TPW has been hotly debated in scientific circles because of the lack of physical evidence. He led a team to search for it, estimating that the last time this happened was in the Cretaceous period between about 145.5 and 65.5 million years ago. Co-author Prof. Ross Mitchell at the Institute of Geology and Geophysics in Beijing knew exactly where to look – in the Apennine Mountains of central Italy.

“These Italian sedimentary rocks turn out to be special and very reliable because the magnetic minerals are actually fossils of bacteria that formed chains of the mineral magnetite."

Co-author and geobiologist at Dartmouth College explains why these rocks were the perfect ‘images’ of Earth in the Cretaceous period. Many rocks record the direction of the local magnetic field as they form – tiny crystals of the mineral magnetite produced by some bacteria line up like compass needles pointing to the magnetic poles. That direction is preserved when the rock solidifies and identifies where it came from - a rock with a vertical direction came from the pole, horizontal from the Equator. Any angle in between can be used to calculate their place of birth. By checking the magnetic direction of the rocks found in the Apennine over a period of 80 million years, the researchers pinpointed when the Earth flipped over and when it righted itself. 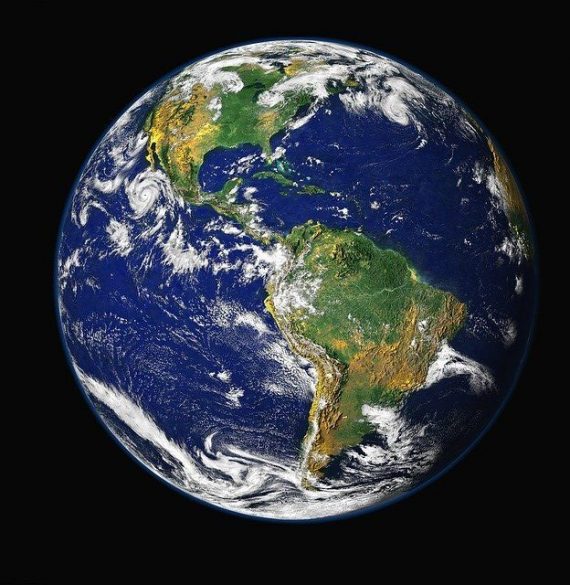 “Kirschvink and colleagues found, as the true polar wander hypothesis predicted, the Italian data indicate an ~12˚ tilt of the planet 84 million years ago. The team also found that Earth appears to have corrected itself—after tipping on its side, Earth reversed course and rotated right back, for a total excursion of nearly 25˚ of arc in about five million years.”

Over a course of just 5 million years, the Earth tilted over 12 degrees and then righted itself back to normal. This era of the Late Cretaceous Period was before the Cretaceous–Paleogene mass extinction caused by the Chicxulub impact, so there were plenty of large dinosaurs around to experience it. how did it affect the T. rexes and their contemporaries? That’s food for another study. However, this research will help find smaller tilts which many research suspect have occurred in more recent times.

Did you just feel a sudden lean?