The Frightening Case of the Northfleet Horror

In 1962, 28-year-old Sidney Maxtead (also sometimes spelled as Maxted), his wife, and their children, Kevin, 6, Linda, 4, and baby Clair moved into a simple semidetached house at 16 Waterdales, in the quiet town of Northfleet, around 20 miles south of London, England. It was a peaceful, serene area, and the house was a charming little affair, built back in the 1930s, although mundane in most respects, looking like many of the other nearly identical houses that lined the long thoroughfare of Waterdales. Indeed, it seemed like a perfectly normal house in every regard, the neighbors were nice, and they were looking forward to living there, but things would rapidly unfold into a series of frightening paranormal events that would hold this family and those around them under seige.

It all began one day when Mrs. Maxstead was sitting with her mother in the living room and their chit chat was interrupted by the sound of footsteps in the bedroom directly above them. As they listened, they could hear that it sounded as if someone were walking around up there, and not particularly stealthily either, as the footfalls were heavy, pounding, and issued a clear loud thump each time. Considering that there was no one else home at the time, it was all quite unnerving, and it became even more so when the footsteps were joined by a cacophony that sounded like heavy furniture being dragged across the floor. Frightened that there was an intruder in the house, Mrs. Maxstead called out to her husband, who was working out in the garden, after which he warily crept upstairs to check things out. However, the trespasser he expected to find never materialized. In fact, the entire second story was empty, and not only that, all of the furniture was where it should be.

Since Mr. Maxstead had not heard the noises himself, he tried to explain it away by saying that they must have come from the neighboring house, number 14, somehow transmitted through the floorboards. At first this seemed rational enough, although they had never heard such mysterious noises before. Mrs. Maxstead tried to put it out of her mind, but the phenomenon continued, usually in the day time and always issuing from the bedroom above the living room. Over the coming months, these noises would get more insistent and harder to ignore, with the thumps, smashes and bangs sometimes so forceful that they shook walls and ceiling to send dust to sprinkle down upon them, yet there was never anyone there when they went to look. Also odd was that during these episodes they frequently detected a strange, chemical smell that would pervade the air during the noises, only to dissipate as soon as quiet fell. Once again Mr. Maxstead would check all of the windows to find them locked from the inside, so there was no accounting for it, no way anyone could have snuck in, and even if it had been a trespasser, why would they have come in during daylight hours and so brazenly declare their presence? What was the smell that accompanied the racket? It didn’t make any sense, and it was about to get even worse.

New phenomena began to appear, such as objects going missing or being found in strange places, and the living room clock would sometimes be seen to turn backwards or forward for no discernible reason. Doors would also slam open or shut, and lights would flicker on and off. Things grew in intensity when the family children started to complain of hearing scratching noises in the walls at night, as well as a scraping sound on the floor. Again, there was no explanation for it, and this was becoming a daily occurrence. Although they did not know it at the time, it would turn out that at least one of their neighbors was also experiencing the strange phenomena. A Mrs. Margaret Harrison, who lived in the next unit over, would say of some of her scary experiences:

The noise started off in the hall first, then it came like a – well you can’t very well describe it, it was like a child’s ball falling down the stairs. And it was, it was, a sound it was going (she smacks her hands four times) like that all the way down the stairs, you know. And then it sort of shot, the sound shot up into the bedroom to where I was, and it was like a scratching noise, you know, under the bed. And it sort of, as if it was bonking up the bed. But it wasn’t just in one part of the bed, you know it was all over underneath. And it was sort of scratching all the time, you know, but it wasn’t a sort of a clawing noise, it was like this all the time (she scrabbles about continually with her fingers on the arm of the chair), you know, under the bed.

This really graduated in intensity when one evening Mrs. Maxstead was woken by these noises and went to investigate. When she went out into the hall, she then saw the apparition of what appeared to be a little girl materialize from the shadows and walk towards her, but as it did it grew in size, its features becoming indistinct and definitely not those of a little girl. Finally, it was looming over the terrified home owner and when she screamed it vanished. She would later say that she had gotten a deep sense of malevolence from the entity, and shortly after its first appearance this shadow figure could be seen lurking about the property. This coincided with the children now complaining of being poked and prodded by unseen hands, as well as their bedcovers sometimes yanked away, and this was enough for the family to call it quits and move out. However, the paranormal activity would not stop. 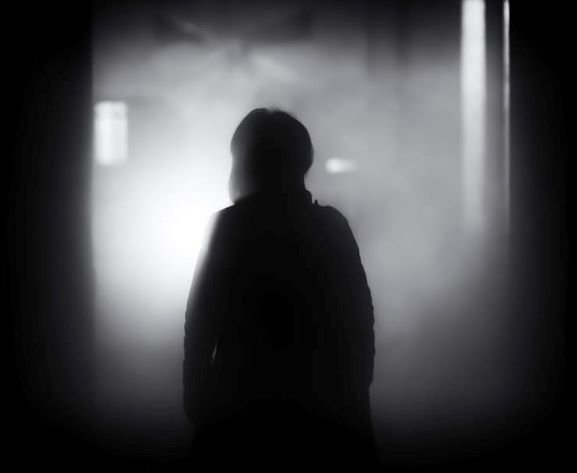 The next family to move into 16 Waterdales was 25-year-old Eric Essex, who moved in with his wife Margaret and their baby. It did not take long at all for the sounds of disembodied footsteps to start up again, and other strange things would happen as well. One night Eric woke up at around 2 a.m. to a strange whistling in his ear, after which his bed began to vibrate wildly and one end lifted off of the floor. When he looked around in a panic, he would claim that he had seen the apparition of a headless woman whose dress came down to the floor and who was bathed in a pinkish light. The man screamed, causing it to evaporate into thin air. After this, the Essex family also promptly vacated the home to leave it empty once again, and in the mean time the Harrison family next door had also opted out, moving away as well when the paranormal activity had become unbearable. By this time word had gotten out about the haunting at 16 Waterdales, and it was impossible to find a new tenant to move in. Indeed, neighbors would often report hearing loud bangs and thuds coming from the abandoned house, or see lights on when no one should have been home. Then, after several years of this, the phenomena just stopped as suddenly as it had begun.

It is all a very curious case for several reasons. One is that the property not only had no particular tragedy or death toll associated with it, but until the Maxsteads moved in there had never been any evidence of paranormal phenomena at the place. It was only after they moved in that it began. There is also the fact that it continued after they left, only to dissipate after some time had passed, with no tenant after that having any problems. What was going on here? What did all of this activity mean and what was the strange apparition that transformed from a little girl to a hulking shadow beast? Was this ghosts, poltergeists, demons, or something else? To this day the house at 16 Waterdales still stands, and considering it is now bereft of any supernatural goings on we may never know for sure.

Bigfoot: From Multi-Dimensions to Worm-Holes and the Mystery of Mothman