The Mysterious Case of a Psychic Assassin

Throughout the phenomena known as "psychic abilities" there are many flavors. Everything from clairvoyance to mediumship to foreseeing the future, to even crazy abilities like moving objects and remote viewing, or seeing what is going on a vast distance away, have been proposed over the years. Yet among these, one of the spookier abilities is that of being able to kill someone purely with the mind. Such cases tend to be rarer, and are definitely out in the fringe, but they certainly exist, and here we will look at the bizarre case of a woman who claimed to be able to lash out to kill with her mind.

The woman known as Anna Bonus was born in September of 1846 in Maryland Point, Stratford, Essex, England, as the 12th child to a wealthy family within which she lived a privileged lifestyle, despite the fact that she was a pale and sickly child. From a young age she was said to have psychic abilities, most notably the ability to form an uncanny kinship with all manner of animals, and it was said that she had psychic visions as well, including predicting people’s deaths, with one family member calling her a “born seer, seeing apparitions and divining the characters and fortunes of people.” This made her a bit of an odd child to those around her, and she spent much of her time locked away within her father’s extensive library, voraciously reading anything she could get her hands on. She was extremely bright and creative, writing a novel called Beatrice: a Tale of the Early Christians when she was just 13, and as she grew older she gained a deep interest in the world of the  occult. She took to studying spiritualism under the tutelage of a Miss Florence J. Theobold in Hastings, and regularly took part in various seances and mediumship sessions.

As she grew into an attractive adult woman, she was pursued by many men, which she saw as a distraction from her studies, and so at the age of 21 she married her cousin, an Anglican clergyman named Algernon Kingsford, with which she had an arrangement that she would remain free and autonomous in order to remain safe from unwanted advances. They had a mostly celibate and platonic relationship, although they did have a daughter named Eadith. During these years, Anna continued writing, eventually buying the journal The Lady’s Own Paper, taking up the spiritual practice of theosophy, and becoming a feminist and vegetarian, and she felt so strongly about this that in 1873 she enrolled in medical study in Paris in order to not only defy a system in which women rarely, if ever, pursued higher education, but also to acquire the scientific knowledge to argue against vivisection and advocate a vegetarian diet. Being a woman in the era at a medical school did not go well for her, in fact women were not even allowed to become medical doctors at the time, and she would lament in a letter to her husband:

Things are not going well for me. My chef at the Charité strongly disapproves of women students and took this means of showing it. About a hundred men (no women except myself) went round the wards today, and when we were all assembled before him to have our names written down, he called and named all the students except me, and then closed the book. I stood forward upon this, and said quietly, “Et moi aussi, monsieur.” [And me, Sir.] He turned on me sharply, and cried, “Vous, vous n’êtes ni homme ni femme; je ne veux pas inscrire vôtre nom.” [You, you are neither man nor woman; I don’t want to write your name.] I stood silent in the midst of a dead silence.

Nevertheless, she proved to be a smart an apt pupil, getting high marks across the board, but one thing she could not stomach was dissections and vivisections. At the time, this was an absolutely crucial component of medical studies, but she refused to take part in any of it, seeing it as something akin to coldblooded murder. She felt so strongly about it that she often offered herself up for dissection in place of the animals, and actively railed against the practice, but this all fell on deaf ears. It became a source of constant depression and desolation for her, the cries of the un-anesthetized animals unbearable for her, and she would once write:

I have found my Hell here in the Faculté de Médecine of Paris, a Hell more real and awful than any I have yet met with elsewhere, and one that fulfills all the dreams of the mediaeval monks. The idea that it was so came strongly upon me one day when I was sitting in the Musée of the school, with my head in my hands, trying vainly to shut out of my ears the piteous shrieks and cries which floated incessantly towards me up the private staircase…Every now and then, as a scream more heart-rending than the rest reached me, the moisture burst out on my forehead and on the palms of my hands, and I prayed, ‘Oh God, take me out of this Hell; do not suffer me to remain in this awful place. With tears of agony I prayed for strength and courage to labour effectually for the abolition of so vile a wrong, and to do at least what one heart and one voice might to root this curse of torture from the land. 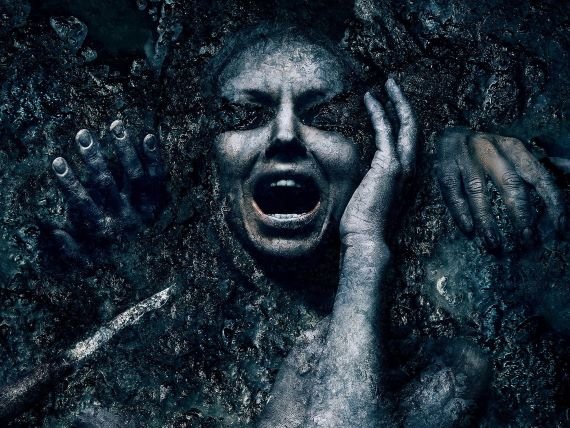 Her main nemesis in this area was the physiologist Professor Claude Bernard, who was at the time Europe's primary expert and proponent of vivisection. He seemed to take great glee in it all, and often expounded on its merits and scientific worth. Anna often complained to anyone who would listen that Bernard was a sadistic, evil madman, and she could barely stand to be in the same room with him. This would escalate when on day in December of 1877, Bernard was giving a lecture during which he explained how he had slowly baked animals to death in a study of body heat, and this was the last straw for Anna, compelling her to jump from her seat and exclaim “Murderer!” before storming out. According to her, as she left the lecture hall, she wished with all of her will to strike him down dead, conjuring up what she would call a “spiritual thunderbolt” to crash down upon him, and then she allegedly fainted. Rather ominously, not long after this strange episode, Bernard suddenly and inexplicably fell ill and passed away, to which Anna said:

Woe be to the torturers…I will make it dangerous, nay, deadly, to be a vivisector. It is the only argument that will affect them. Meanwhile, thank God the head of the gang is dead.

She would claim that she had used her psychic powers to strike down Bernard, and she wasn’t finished yet. She soon set her sights on another doctor named Dr. Paul Bert, whom she called “the most notorious of the vivisecting fraternity.” After claiming that she had brought down her “spiritual thunderbolt again,” Bert would die rather suddenly in November of 1886. Whether this was coincidence or not, Anna took it as a sign that she had the righteous power to psychically smite her enemies and the enemies of the animals that were being dissected, and she would proclaim:

I have killed Paul Bert, as I killed Claude Bernard; as I will kill Louis Pasteur, and after him the whole tribe of vivisectors, it is a magnificent power to have, and one that transcends all vulgar methods of dealing out justice to tyrants.

Her attempt to kill the eminent Pasteur with her psychic powers would not go exactly to plan. She would head off for Pasteur’s Paris laboratory in November of 1886, but along the way she would find herself in a violent rainstorm that left her chilled to the bone, after which she would suffer from pneumonia, all of it fueled by her already lifelong bad health, and it would then become tuberculosis. This must have interrupted her psychic assassination attempt on Pasteur’s life, because although at the time he did nearly die of a sudden, inexplicable illness, he soon recovered completely, living and working until 1895. Anna’s health would progressively deteriorate until she finally passed away on February 22, 1888, taking her supposed powers and ay secrets she had to he grave with her. 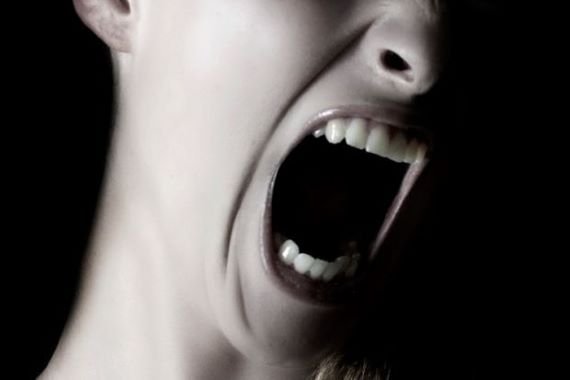 It is all very intriguing, the idea of this woman with deadly psychic powers hellbent on killing off her perceived enemies, but it is difficult to ascertain just how much any truth it has. The thing is, these accounts are mostly known through a book written by Anna’s longtime collaborator in occultism and antivivisectionism, Edward Maitland, who wrote of all of this in his 1896 biography of Kingsford, titled Anna Kingsford, Her Life, Letters, Diary and Work. In it, he really seemed to gloss over her numerous achievements in spiritualism, feminism and animal rights, to rather focus on all of this talk on spooky black magic curses, and making it even more suspicious is that he apparently destroyed all of the papers, manuscripts, diaries, and letters Kingsford had left him shortly after publishing, meaning there is no way to confirm if any of it is true. The book paints Anna Kingsford in a rather negative light, and why he would so go out of his way to tarnish Anna’s reputation had been discussed and debated, but it is mostly seen as being possibly the result of a power struggle between the two, with him bitter that a woman was more successful than he was.

It is hard to know just what is going on here, whether this was just a smear campaign or something more. There is little way to corroborate any of it, and so it needs to be filed into the “I Don’t Know Files.” Anna was certainly a real person, and many of her exploits outlined here are true, but what of the business of wishing people dead and then having that happen? People die all of the time, so was this just coincidence? Was it evidence of some sinister power or just pure chance? Did it ever really happen at all or was it just conjured up by Maitland? No one really knows, and it remains a mysterious case of strange, possibly lethal psychic powers of the mind.

UFOs, Secret Experiments, or a Combination of Both?