The Mysterious Vanishing and Death of the Mad Heiress of California

Born in California in 1872, Edith Irene Wolfskill grew up in the lap of luxury. The granddaughter of the pioneer Mathus Wolfskill and daughter of the agricultural magnate John Wolfskill, her family held a vast agricultural empire, owning 17,000 acres surrounding the Putah Creek in Yolo County and 4,000 acres in Los Angeles, making them one of the wealthiest and most influential families in California. Growing up, Edith was pampered and preened, wearing the finest clothes, embarking on luxury cruises, going to a fancy school in Europe, and never wanting for anything. The world was served to her on a silver platter, poverty a complete stranger to her, but at some point dark clouds began gathering over her, and her life was about to meander off down a road of madness and a strange mysterious disappearance and death.

Although it is uncertain when things changed for the worse for Edith, a good argument could be made that it all started upon her returning from her schooling abroad in Europe. She came back a beautiful woman with many suitors, but she also seemed to have derailed mentally. Although she had never been particularly religious before, she now displayed what was called “religious mania,” with her suddenly going into intense prayer or shouting out passages from the Bible at a moment’s notice and in the most awkward of places or at inappropriate times. These outbursts could come at any moment, even when she was out in public, and they were usually loud affairs, with Edith shouting and praying noisily at bystanders as they warily eyed the rich heiress. Several times she even knelt down to pray in the middle of a busy street, and through all of these episodes she would show no awareness of her surroundings, as if in a trance. She was also known to blurt out other eccentric statements, such as proclaiming the she was the “Empress of the World,” and it was all really quite bizarre. For whatever reasons, it soon became obvious that her time in Europe had done something to her, and knocked a screw loose somewhere. 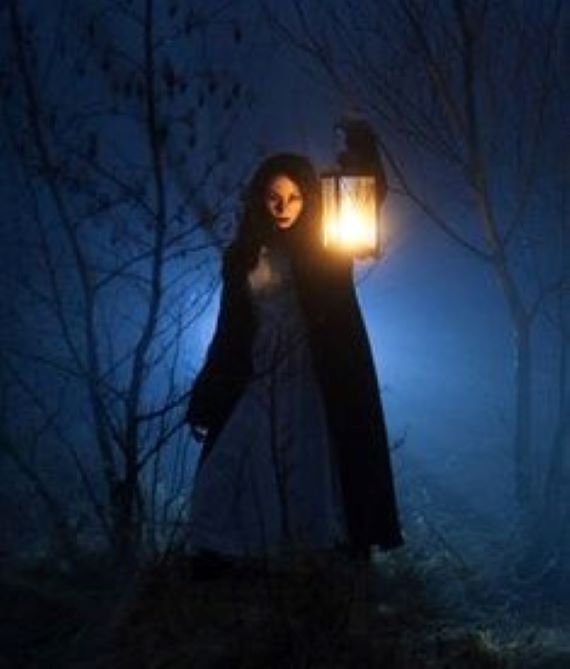 Considering her name and reputation, it was all starting to draw negative attention towards her eminent family, with people starting to call her “The Mad Heiress,” and in 1903 her family had her sent to San Francisco's California General Hospital to be committed. From here she would pull off her first disappearing act, when on the night of August 27, 1903, shortly after being committed, she just vanished from her room. He family hired a private detective to find her, and two days later Edith was tracked down to a remote ravine, where she was praying fervently in the dirt in nothing but a thin nightgown. She allegedly did not go quietly, fiercely fighting against authorities and resisting, but although she apparently hadn’t eaten in 48 hours, other than that was uninjured and in good health. She never would explain why she had fled, but her family took it to mean that she was unhappy at California General Hospital, so they arranged to have her moved to another hospital in Los Angeles.

Edith would live at this new hospital until her father passed away on December 13, 1914, and her mother three years later, on January 4, 1916, after which she was put into the joint custody of her two brothers, Matthew and Ney. Since she had been declared “legally incompetent,” and so unfit to live on her own, their parents’ will stipulated that the brothers were required to use some of their inherited estate to care for their sister for the remainder of her life. Her brothers at the time were spending so much time on a long-standing bitter feud between them that they didn’t have much time to take care of their crazy sister, so they dumped her in a ranch on property they owned in Solano County and mostly left her on her own, only occasionally checking up on her and her only constant company a nurse hired to help her and her cousin’s wife, Mrs. Nelda Wolfskill.

During her time at the ranch, Edith’s bizarre behavior continued unfettered. She would wander the wilderness praying out among the trees, prowl about town preaching wildly and drawing religious symbols on the street with chalk, and generally ranting and raving nonsensical sermons at anyone within earshot. She would also have long conversations with an imaginary friend, responding to a voice that no one else could hear. The years went on and she let herself go, wearing tattered clothes and her once beautiful looks fading until she was a wild-eyed, haggard shell of her former self. In 1929, her mental health would deteriorate further when her longtime nurse, Bessie Ritchards, with whom she had forged a close relationship and was the closest she had ever come to having a friend, was fired unceremoniously by her brother. When the new nurse, Mary Conklin, came to replace her on July 14, 1929, Edith hated her, and just a few hours after being introduced she would pull another disappearing act. 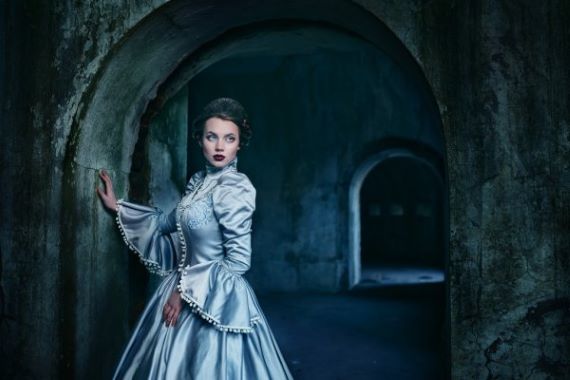 Although she often went out on long walks through the hills getting up to her weirdness, on this occasion she was gone far longer than usual. When evening came and there was still no sign of her authorities were called in and a search was launched, but no sign of Edith was found. It would turn out that shortly before she had left on what was to be her final walk, she had been heard in her room talking to herself, shouting "I will not leave. This is my home!” but it was unclear what significance this had, and another weird clue was that she had reportedly left the house to go out in high heels. Considering that she was such a rich, high-profile woman, there were all sorts of theories that she had been kidnapped, but no ransom was forthcoming. Police also eyed her two brothers, suspecting that they had done something to her in order to get their hands on the vast amount of money they had been left with for her care, but there was no hard evidence to arrest them with any wrongdoing. Edith was such a high-profile figure that the vanishing was now all over the news and a huge reward was offered for her return, the gossip running rampant. All sorts of reports of people saying they had sighted her came pouring in, but these led nowhere.

In the meantime, the search went on, with the police desperate enough that they even hired a woman who claimed that she had a machine that could find missing people if a personal belonging was placed within it. It could not. Searchers did find heel prints from her high heels in the general vicinity of the ranch, giving them hope that she was still alive and close by, but she remained elusive. There were still clues coming in, including sightings of the missing woman all over California and mysterious screams in the area around the ranch, but these didn’t lead anywhere. As the weeks went on it was becoming clear that she would likely never be found, the possibility of her being still alive dwindling by the day. Then, on September 19 a gruesome discovery would be made. On that day, 18-year-old Bernard Glashoff stumbled across a decomposing body lying face down in a dry creek bed in Wooden Valley on the Williams ranch. The body seemed to be that of a woman, but was oddly dressed in men’s clothes, including a flannel shirt and a pair of men's carpenter overalls, and oddly there was a pair of women’s high heeled shoes placed neatly near the body, as if she had just taken them off and carefully placed them there. When authorities were called in, they quickly found that the body was that of Edith Wolfskill, and although this answered the question of whether she was still alive or not, it posed a whole bunch of new mysteries. 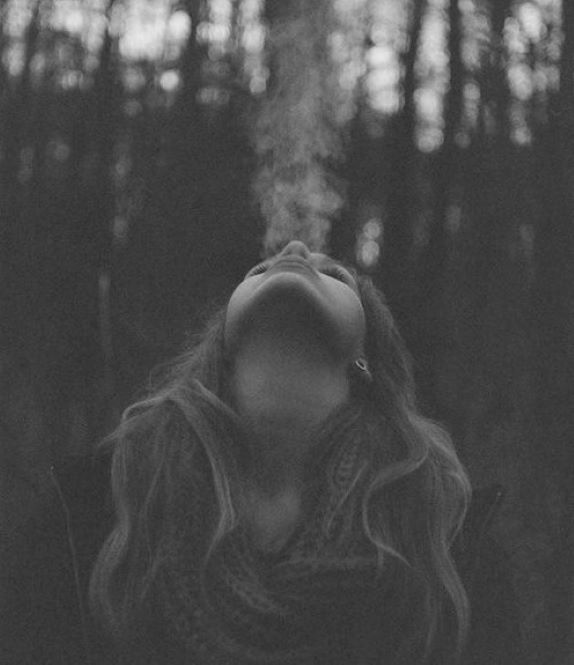 One oddity was why she had been found wearing men’s clothing that was not her own. Edith was known to be absolutely horrified by the thought of wearing other people’s clothes, and indeed had a phobia of even touching them, so why had she put these on and where had she gotten them from in the first place? Making it even stranger is that the dress that she had left in when she had disappeared was bizarrely then found to be in her closet in her own room. How had that happened? Had she come back and secretly put it there while the search was going on? Had someone else put it there? Why? Her body had also been found in an area very close to her home, just a mile and a half from the Wolfskill ranch, which had been intensively searched, so how had it ended up there without anyone noticing? Also, why had her shoes, which turned out to be unscuffed and in spotless pristine condition, been placed near her body and how were they in such good condition after wandering around the wilderness? No one had answers to any of these questions.

Things were further complicated when an autopsy failed to find a cause of death, meaning that it couldn’t even be ascertained whether she had been murdered or had simply died of exposure or killed herself. Tests were done for poisons but turned up negative, and in the end the cause of death was listed as “unknown.” The only information that could be found by the autopsy was that she had likely been dead for around a week, making it doubly curious as to how the body had remain undiscovered with a massive search going on. There would be other oddities found at the site where the body had been discovered, such as an empty grave that had been dug and an abandoned cabin found nearby with Edith’s handwriting scrawled on the wall proclaiming “Go to Hell!”, but there was never any conclusive connection formed between these and the mysterious death. What was going on here with this mysterious vanishing, death, and all of the weird clues? It remains a curious and unsolved historical crime surrounded by very strange clues, and which will probably never be fully solved.

When an Animal is Really Something Monstrous Instead: Creepy Creatures