The Strange and Frightening Case of the Sauchie Poltergeist

In 1960, 11-year-old Virginia Campbell moved from Ireland into the quiet residential area of Park Crescent, in the Clackmannanshire town of Sauchie, Scotland, along with her mother, Annie, and her much older 30-year-old brother, Thomas, his wife Isabelle, and two children. At the time, Virginia was described as a shy child who kept to herself and did not find it easy to make friends in her new environment, and considering her mother was mostly off at work at a distant boarding house, she spent most of her time with her cousin, 9-year-old Margaret, with whom she shared a room. Although there were some growing pains with the new move, the family mostly had a content and stable life in their new environment, but things were about to change, spiraling into a bizarre tale of menacing supernatural forces.

It all began on the evening of November 22, 1960, when Virginia and her cousin Margaret began to experience something strange going on in their room at night. As they lay there in bed trying to get to sleep, they began to hear a series of mysterious, strange noises that sounded like “a ball bouncing off a wall,” but there was no one else in there with them, nor anything else that could account for it. The sound became more insistent, until the two spooked little girls went downstairs to tell the adults, noticing that the sound seemed to follow them along as they went. Their parents told them to go back to bed and that they were just imagining things, but when they returned to the room, the headboard began to issue thuds and banging noises. Over the next several nights these sounds would continue, being joined by scratching sounds from within the walls, and before long the two girls were terrified, but this was just the beginning. Over the coming weeks, items would go missing, furniture would move on its own, and everyone in the family would witness these occurrences. One report from the mother would read:

An apple jumped out of the dish. Virginia ate it. I went away to the phone. Virginia was in the house with dad. He said while I was away an apple came out of the dish three times. The pot came off the cabinet and hit Virginia on the nose. It settled on the chair just before I came back. A piece of chocolate jumped off the sideboard. Also a pencil. A brillo pad came out of the kitchen into the living room. The light went on twice. Virginia was using the cleaner. It went off and the rubber flew off the handle. There was a knocking under the table. Virginia gave three knocks. Then there were three knocks back. 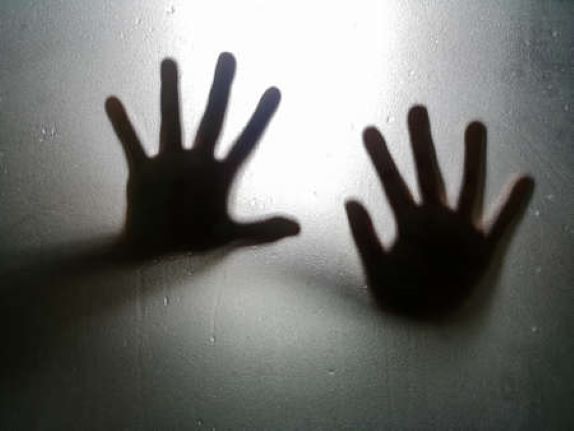 Other phenomena began acting up as well, including Virginia’s sheets changing color, and more ominously unseen hands pinching and poking those present, and these phenomena would follow Virginia to school as well, with a teacher and other students allegedly witnessing a desk to lift off the floor to hover about, and the desk was found to be vibrating as well. Virginia’s mother also reported being pushed from her bed and having her blankets ripped away in the night. Through all of this, the house was besieged by pounding and knocking on the walls and doors. At around this time, stories of the disturbances were making the rounds, and the family physician, Dr. William Logan, came to investigate. He would say of this:

I was called to the house because of the incidents and happenings that had been taking there during that night, and as it turned out, on previous nights. When I arrived at the house the householders were in a state of excitement and tension, and informed me that there had been knockings and noises and pieces of furniture being moved, and that something odd was going on. So I went up to see the child, who was lying in bed looking fairly relaxed despite all this commotion that had been going on, and I asked her to try and forget as much as possible that I was in the room beside her. After I had been in the room for about, oh, ten or fifteen minutes, I noticed that one of the pillows beside Virginia was beginning to move in a rather unusual fashion. If you can imagine Virginia lying with her head on this pillow here, and another pillow beside her, and this pillow started to turn in a rotatory fashion, thus. In addition, I noticed round about the same time or shortly afterwards, that there was an impression or indentation beginning to occur as if something was either pulling from inside or pushing, but there was no obvious physical force bringing this movement about.

I checked thoroughly that Virginia herself was in no position to bring about these odd movements, both by observation and by checking her position of her hands and feet. Furthermore, there was no other person close enough to Virginia or the pillow to bring this about. I waited for a little while, and only one other phenomenon occurred and this was a puckering of the bedclothes. Now again, if you can try and imagine this piece of cloth as part of the coverlet on Virginia’s bed, the bedclothes appeared to be pulled up and pulled towards Virginia, as if some force was trying to pull this coverlet. One of the noises was a very characteristic sawing sound (he draws his fingernail over the material several times). The other noise that was present was a knocking, tapping noise similar to this (he flicks the arm of the chair repeatedly, fast). After a short while we decided to go home thinking that perhaps Virginia would settle down and go to sleep once we had left. Just as we were going out the door a very unusual thing happened. Or it seemed unusual at the time. That was that the noises, the knockings, seemed to take on a character, in that they became extremely hurried and agitated, as if something was trying to get us to stay in the room or attract the attention to the child in the bed. The noises became as I said agitated, something like this (he flicks faster). And that is the end of my own personal contact with these phenomena, but I have been given permission to read extracts from a diary that I suggested a close relative of the child should keep, shortly after the events started.

Throughout this all, the activity seems to be focused on Virginia, going wherever she went and largely absent when she was not around. A local minister by the name of Rev. Lund was brought in, and he too saw much of this activity. Also noting that Virginia would often go into deep trances, sometimes exploding into sudden violence, in which she slapped or shouted at people around her, and she would never remember what had transpired. Rev. Lund would witness various phenomena on the property, and say:

It was a very humbling experience. I felt we were in the presence of forces hitherto almost unknown. What has taken place was not conjured by the child herself, an outside agent is responsible. Believe me, something unfortunate has been going on in that house. The girl was hysterical all the time the phenomenon was appearing. 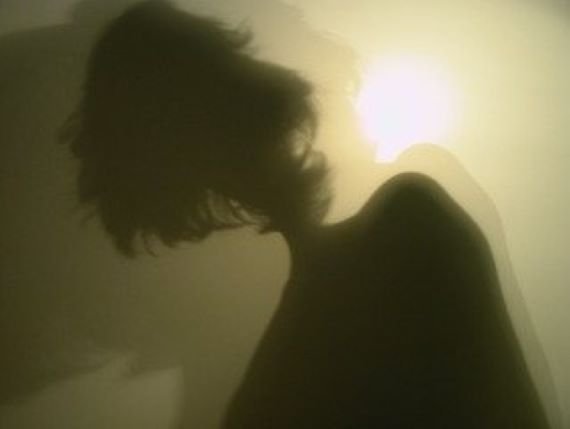 Lund also witnesses various knocks and thuds from the walls and moving objects, The story had by this time reached the press, and was making the rounds in the news, drawing all manner of reporters and curiosity seekers to the property, and Mr. Lund gathered about him some other ministers in order to try and do a cleansing, during which many knocking and scraping sounds were heard to echo about. After this, the activity died down somewhat, yet continued sporadically, until it was finally seemingly done with.

Curiously, in later years there would continue to be disturbances along the same street. Author Malcolm Robinson, who wrote the book The Sauchie Poltergeist (and other Scottish ghostly tales), has uncovered other anomalous phenomena from the area, including the account of one woman by the name of Nicola Bernard, who moved to the area in 2001 and had some immediate supernatural worries. She would say:

The kettle in the kitchen switched on and off constantly. That was creepy. There was an old coal cellar just off the kitchen and these horrible smells would come and go from there every few days. But the worst was in the back bedroom where my sons were. There was a horrible atmosphere there. My eldest, John, had terrible nightmares and said he saw a lady sitting on the end of his bed. I slept in the room a couple of times and also saw a figure. He also said the bed sheets changed color, which I thought was a strange thing to say. When I told Malcolm about that he was shocked. 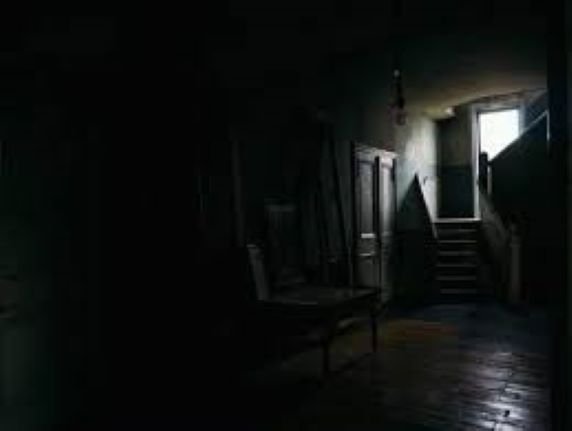 Malcolm also found several other people in the area having their own weird happenings, and has come to the conclusion that this is a very important case, and a very active location, despite there being no obvious reason why this should be so. He has said of all of this:

I can’t think of any other street in Scotland with such a concentration of ghostly activity. It blew me away when I realized there were other incidents on the street in addition to Virginia Campbell’s story. I’ve looked at the history of the land prior to the houses being built and can see no reason for this activity. It would have been great to speak with her and find out what she had to say about it all, but it wasn’t to be. The Sauchie poltergeist is up there with the Enfield and Pontefract poltergeists as one of the biggest in Britain. In my opinion, what happened was a deceased person who couldn’t accept they had passed away latched on to Virginia, and the disturbances were a way of getting attention. What sets it aside from any other case of its kind in Scotland are the credible witnesses – the doctors, ministers, class teacher. You don’t tend to get that in other poltergeist cases, which makes this stand head and shoulders above the others and certainly merits a mention again in its 60th anniversary year. As for the other incidents on the street, that really is something else. Not everyone wants to put their hands up and admit to something like that. So, who knows? Maybe it’s even more than three houses.

We're left to wonder just what is going on here. What are these forces that were surrounding this family, and can they be so easily dismissed considering how many witnesses there were? Was this perhaps some sort of phenomenon gravitating to the young girl Virginia herself, perhaps some sort of latent psychic energy lashing out in a time of personal turmoil, as has been suggested with other poltergeist cases? If that is the case, then why should these phenomena linger here even in the years afterwards? There are no solid answers for any of it, and the case of the Sauchie Poltergeist has gone on to become one of the most mysterious and unsolved such hauntings there is.