The Strange Case of Janet Wishart, the Great Witch of Scotland

The 16th century was a time when dark magic and supernatural forces were very real to the scared populace of many areas of Europe, a time when black magic and witches were a constant threat, and in 1597 the country of Scotland began a major crackdown on these nefarious evil forces. What would go on to be called the Great Scottish Witch Hunt of 1597 was launched by James VI, the King of Scotland, and was the second of five nationwide witch hunts in Scottish history. It was certainly a bad time to be a witch at the time, with the Scottish Witchcraft Act, enacted on June 4, 1563, making it legal to execute those suspected of being witches and which had led to the indiscriminate deaths of hundreds of suspects, mostly women. At the time to be even suspected of being a witch was basically a death sentence, and the methods used to try witches left little chance of being proven innocent. Being unable to shed tears on command, unable to recite the Lord’s Prayer, having an unusual birthmark, or floating in water rather than sinking were all seen as sure signs of guilt, and once accused executions were carried out swiftly and ruthlessly. From March to October 1597 this was carried out on a massive, nationwide scale, and one of the more famous and supposedly most powerful of these witches was a woman named Janet Wishart, of Aberdeen.

By all accounts, Wishart had long been well known around town as being a witch, and she held all around her in a grip of fear. It is said that she had first shown her dark powers in 1572, when one day five young men caught her stealing from her neighbor. When confronted, Wishart allegedly cursed them, proclaiming, “Weill haif ye schemit me. I sail gar the best of yow repent,” and two of the boys were found drowned at the river not long after. After this, Wishart was said to practice all sorts of black magic, causing people to fall ill, drop dead, or go insane, causing businesses to fail, destroying marriages through spells, and other supernatural acts, including raising storms, using black cats to invade homes and cause nightmares, smiting crops, and many others. She was also allegedly sometimes seen consorting with the Devil himself, and people were absolutely terrified of her. 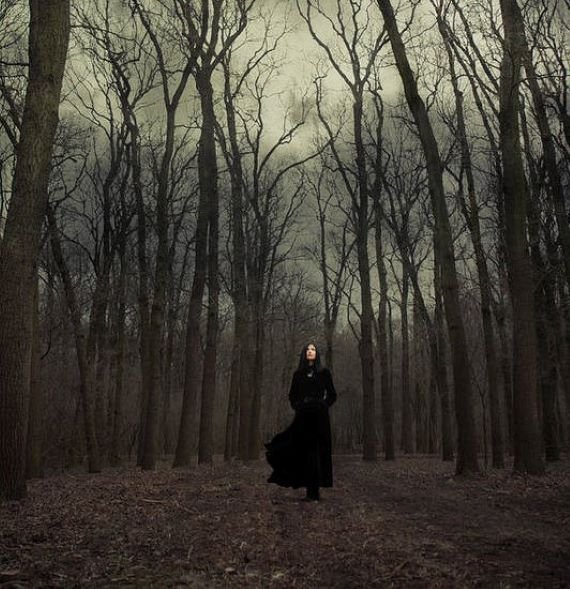 She was especially well known for her curses, which she doled out freely and with little provocation. It seems that merely looking at her the wrong way was enough to invoke her wrath, and tales of this happening were many. One of the more famous tales involves Wishart’s son-in-law, John Allen, who regularly abused her daughter. Upon hearing of this abuse, Wishart became furious, and cursed him to be visited nightly by a demonic brown dog, which would enter their room and attack John every night for 6 weeks while always leaving his wife untouched. On another occasion, a brewer named Katherine Rattray annoyed Wishart with some petty slight, after which her brewery was cursed and all of her ale was spoiled. Rattray’s daughter, Katherine Ewin, convinced Wishart to teach her a ritual to lift the curse, but when she tried to teach this ritual to others Wishart cursed Ewin’s baby, which died soon after. Ewin and her husband were also plagued by one of Wishart’s “nightmare cats,” which would come to them every night for 20 nights to cause horrific nightmares and claw at them in their sleep.

There was also a merchant named Walter Healing, who in 1593 made the egregious error of refusing to sell Wishart some wool. She apparently really wanted that wool, because as punishment she cursed Healing’s child and the baby died the next night in its sleep. Wishart’s even cursed her own servant, James Ailhows, when he tried to quit, striking him down with a deadly illness that almost killed him before he paid another witch to lift the curse. This could be done at time, the lifting of the curse, and this can also be seen in the time she struck down a mariner named Alexander Thomson, who seems to have gotten on her bad side. One report of this from the time reads:

Janet Wishart, on her way back from the blockhouse and Fattie, where she had been holding conference with the devil, pursued Alexander Thomson, mariner, coming forth of Aberdeen to his ship, ran between him and Alexander Fidler, under the Castle Hill, as swift, it appeared to him, as an arrow could be shot forth of a bow, going betwixt him and the sun, and cast her "cantrips" in his way. Whereupon, the said Alexander Thomson took an immediate "fear and trembling," and was forced to hasten home, take to his bed, and lie there for the space of a month, so that none believed he would live;--one half of the day burning in his body, as if he had been roasting in an oven, with an extreme feverish thirst, "so that he could never be satisfied of drink," the other half of the day melting away his body with an extraordinarily cold sweat. And Thomson, knowing she had cast this kind of witchcraft upon him, sent his wife to threaten her, that, unless she at once relieved him, he would see that she was burnt. And she, fearing lest he should accuse her, sent him by the two women a certain kind of beer and some other drugs to drink, after which Thomson mended daily, and recovered his former health. 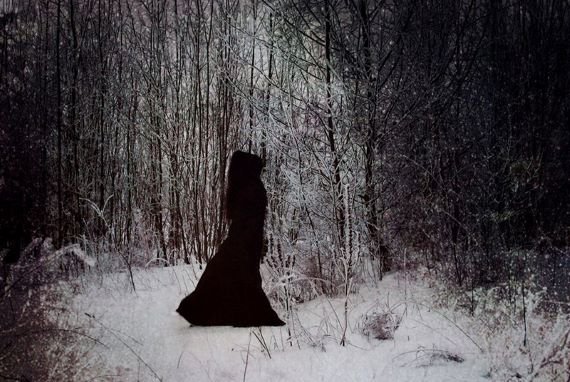 Wishart had all manner of curses in her arsenal. She also one time cursed a neighbor’s cow to produce poison instead of milk, caused stillbirths, caused livestock to die off with deadly spells, ruined crops, and at other times caused people to go blind or deaf. She also allegedly had the power to heal, and could fashion charms and amulets with beneficial effects, but she did this far less often than her destructive magic, and only when well compensated. She cast these spells and curses regularly, and she made no effort to hide the fact that she was a witch, a pretty dangerous game back in an era when witches were being tortured and executed all over the country on a regular basis, and in 1597 her reign of terror would come to an end.

It was with the coming of the Great Scottish Witch Hunt that word of Wishart’s powers came to the attention of authorities, and it was also found that her husband John Leys, and her son and daughter were all adept in witchcraft. The entire family was arrested and put on trial, with them claiming that the Devil was visiting them in their cells to provide legal advice. It doesn’t seem to have done any good, because at her trial, Wishart was charged with numerous indictments and found guilty of “witchcraft, sorcery and other diabolical, detestable, practices.” So severe were the charges levelled against her, spanning 24 years, that she was given the worst form of execution, that of being burned alive rather than the more usual practice of strangling the accused and burning the body after death. Her son was also executed, although the rest of her family were eventually freed and exiled from Aberdeen.

The Great Scottish Witch Hunt of 1597 would lead to 400 people put on trial and at least 200 sentenced to death over a six-month period, but the most notorious of these remains Janet Wishart. We are left to wonder if she ever really had any of these powers, and if she was guilty of anything at all other than being in the wrong place at the wrong time. Certainly many would vouch for the stories of her insidious magical powers, but how much stock can we put into these? Whether she ever really was able to do even half of what was claimed, Janet Wishart has become known as one of the most powerful and notorious witches that ever lived in Scotland or anywhere else, and her story continues to reverberate through history to this very day.

From Hollywood to UFOs…and Then to Death: Marilyn Monroe Again