Within the last few years, new archaeological discoveries have continued to push back the timescales on when humans are believed to have initially arrived in the Americas.

Most recently, ichnofossils in the form of ancient footprints found at White Sands National Park in New Mexico suggest a human presence there as early as 23,000 years ago, in an area where it was once thought humans wouldn’t begin to arrive for another 10,000 years.

The history of American anthropology boasts a long record of disputes over when the earliest arrivals of humans began. Early in the 20th century, many leading anthropologists would have looked no further than 3000-4000 years ago for the arrival of the first Americans, a view that would quickly change with the discoveries at sites like Folsom and Clovis in New Mexico, which established the reality of a human presence in American by the end of the last Ice Age.

Although the “Clovis First” model predominated American archaeology for decades after the discoveries in New Mexico early in the 20th century, by the beginning of the 1970s it began to become clear that there was a potential for an even earlier human presence in the Americas. Sites like Meadowcroft Rock Shelter in Washington County, Pennsylvania, and Monte Verde in Chile seemed to offer indisputable evidence of human activities well in advance of Clovis. It begged the question: just how far back do the earliest human arrivals in the New World go?

Additional discoveries of “pre-Clovis” sites throughout parts of North and South America leading up to the 21st century continued to increase awareness among archaeologists of earlier human arrivals than once would have been deemed acceptable. However, a few purported archaeological site discoveries were suggestive of something even more controversial, with implications far beyond just when and where the first humans arrived.

Excavations began at the Topper Site in Allendale County, South Carolina, in the early 1980s under the direction of Albert Goodyear, who would continue excavations there for the next several decades. An undeniable Clovis presence at the site was established, accompanied by what appeared to be earlier evidence of human tool use at the site (which, at the time of their discovery, would have been viewed as far more controversial than they are in light of recent pre-Clovis discoveries in America).

However, in 2004 the already compelling Topper site garnered additional attention for Goodyear’s announcement that the remains of carbonized plants, recovered from the site’s lowest excavated levels, appeared to have been radiocarbon dated to around 50,000 years ago. Intriguingly, Goodyear also said that evidence in the form of simple tools, along with chert (a sedimentary rock consisting almost entirely of silica) showing evidence of being struck for use in making such implements, was also found at this depth.

While many archaeologists disputed the discoveries, they raised a number of thought-provoking possibilities. While homo sapiens are believed to have begun leaving Africa between 70,000 and 100,000 years ago, the idea that they might have been in eastern North America 55,000 years ago would have been unprecedented. Nonetheless, Topper was not the only such site where evidence for an anomalously early human presence had been claimed. Even prior to excavations at Topper, the Calico Early Man Site in San Bernardino County, California, had seen publicity for the controversial claims about tools that were recovered there.

Famed archaeologist Louis Leakey, who participated in early excavations at the site, had been among those convinced that the tools found there might date back more than 100,000 years, although more recent estimates place the Calico artifacts much closer to around 20,000 years ago, consistent with discoveries like those at White Sands. Even Leaky’s wife Mary would later write that her former husband’s zeal for the antiquity of Calico had been “catastrophic to his professional career and was largely responsible for the parting of our ways.” Still others have argued that many of the purported “artifacts” from Calico are more likely the result of natural processes, as opposed to being produced by human hands.

Had the purported tools at Calico indeed been proven to extend back 100,000 years or more, they not only would have challenged our notion of when humans first arrived in the Americas, but also when they first left Africa. After all, it would seem inconceivable that around the same time humans were believed to have made their exit from Africa, evidence of tool usage would also appear in North America. Thus, only one of two possibilities would have seemed feasible: either early humans would have had to leave Africa earlier, or perhaps another variety of archaic hominin had made its way to the Americas first.

Of course, the questionable nature of Calico’s purported artifacts left little need for such considerations. However, it would not remain the only location in southern California where archaeological sites boasting extreme ages would turn up. In 2017, the Cerutti Mastodon site located nearby in San Diego County made headlines after researchers said they had recovered mastodon bones there, which appeared to bear evidence of human butchering in the form of markings on the bones dated to 130,700 years ago.

Much like Calico before it, the Cerutti Mastodon site was roundly dismissed by the majority of archaeologists on account of several factors, the main one involving the fact that no human remains, and only questionable artifact remains were recovered there. Some have even gone so far as to suggest that rather than some kind of early hominin, a megafaunal variety of capuchin monkey that existed in some parts of the Americas during the Pleistocene could have been responsible for the marks found on the mastodon bones in question! Still others suggest that the marks in question could have been produced by recent construction activities, rather than impacts with stone more than 130,000 years ago. 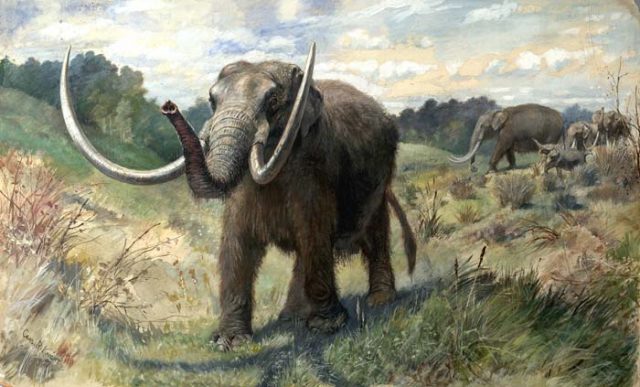 Obviously, many questions remain about these purported archaeological sites. To date, no evidence that has been presented offers undisputed proof of an anomalously early human presence in southern California, or anywhere elsewhere in the Americas. While most archaeologists are now warming up to the notion of arrivals 20,000 to 25,000 years ago, some estimates place arrivals as far back as around 40,000 years ago. These dates may not present evidence that causes us to question accepted notions about the earliest human migrations out of Africa—let alone whether homo sapiens were the first ones to arrive in the Americas. However, they do mark a notable shift in the attitudes of anthropologists, who in decades past had been far more resistant to accepting new evidence.

If time has shown us anything, it is that every few decades, new discoveries tend to emerge that cause us to have to rethink what we thought we knew. Our study of the ancient Americas is dynamic and ever-changing, and as new insights continue to emerge over time, perhaps at least one thing does remain predictable: when it comes to the ancient world, learn to expect the unexpected.

Earliest Evidence of Mammal Tusks Dates Back Over 200 Million Years 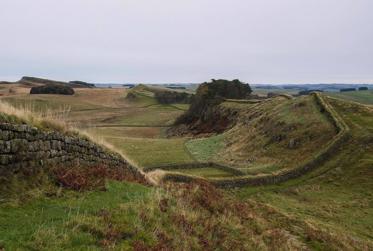