A local resident in the town of Barton-upon-Humber, England, witnessed a large cat-like animal twice in recent weeks and he was able to film it in one of his encounters. The animal, which has been described as being “3ft tall with a cat-like appearance,” was seen roaming along Pasture Road. Another similar creature was spotted a couple of weeks ago by the same man in the town of Scunthorpe.

The witness, whose name is Duncan McNaught, saw the mysterious animal a little more than two weeks ago at 1:15am while he was driving home from work. After working a 14-hour shift as a truck driver, he was eager to get home to bed but while he was passing the Flixborough industrial estate in Scunthorpe, something strange caught his eye. He explained what happened next, “Then all of a sudden, there was this animal that came across a grassy knoll on the left.” “I stopped immediately to avoid hitting it. My initial thoughts were that this animal was larger than an Alsatian dog, but it had the head of a cat.” 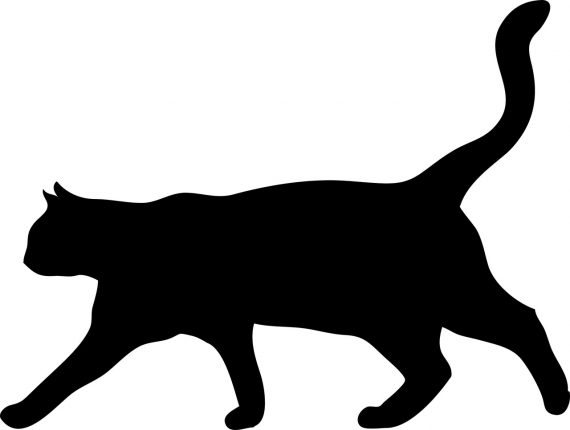 The creature was much larger than a house cat as stated by Mr. McNaught, “This wasn't a domestic cat, it was a very large cat like creature. It had the build of a leopard or a cheetah.” “It had mottled brown patches on its fur. It wasn't a stocky animal, just very tall at around 3ft tall.” At that point, he exited his vehicle to get a better look at the animal that was just looking back at him before wandering away.

He again witnessed a similar creature just days ago in Barton-upon-Humber – or perhaps it was the same one he previously saw. But that time he was able to take a video of it. “Again, I was totally shocked to see this animal which you can see in the video. It was just peacefully sitting in the field.” “I've been completely startled by these sightings. I'm bewildered by them. It's very strange for north Lincolnshire.”

After doing some research, he believes that what he saw was a Savannah cat, although he’s not entirely sure. A Savannah cat is a hybrid of breeding a Siamese cat with a wild serval (this a medium-sized wild African cat with big ears, long legs, and an orange-brown coat with black spots). The only problem with that theory is that he claimed the creature was about 3 feet tall and Savannah cats can only grow as tall as 17 inches (1.4 feet) in height and weigh up to 25 pounds.

Mr. McNaught, admitted that he was “puzzled” by his sightings. “I've been baffled by these large cat sightings because you don't get too many of them in our area,” he said, adding, “I just want to know if anyone out there has seen similar incidents to me. And I'd also like to know how they've managed to get here in the first place.”

His video and a still photo of the mysterious cat-like creature can be seen here.