UFOs, Aliens, the Men in Black, and the Strange Life of Stella Lansing

Some people seem to have strange UFO phenomena gravitate towards them for whatever reasons. Our case here begins in September of 1961, when an unassuming housewife named Stella Lansing was driving along near her home in Northampton, Massachusetts. As she drove along, she was pulled from her thoughts by something in the sky, which appeared to be a brightly lit orb that was eerily hovering over the trees some distance away. As she stared on trying to figure out what it was, it then sped towards her car and hovered nearby for a moment before darting off out of sight into the night sky. It was all baffling to Stella, and at the time she would keep the bizarre experience to herself. However, this was to prove to be just the beginning of what would go on to become a lifetime of strange events, covering tales of UFOs, aliens, and the sinister Men in Black.

Several years later, in 1964, Stella would see the same object again, this time following her car as she drove along. As it did so, she would claim that she had then noticed a large, black sedan also following her, and that the orb seemed to be moving in unison with it. The black car then pulled up alongside her, but she could not peer past the inscrutable dark windows. This was all very unsettling, and she was relieved when the black car suddenly pulled over to the side of the road and the orb shot off over some fields. In the meantime, the black sedan rolled off the side of the road and Stella got the impression that whoever was behind the wheel was watching the orb disappear into the distance. Over the next couple of years, she would see this orb of light more frequently, and she had the distinct feeling that it was keeping an eye on her. So far, so creepy, but it would get even weirder still. 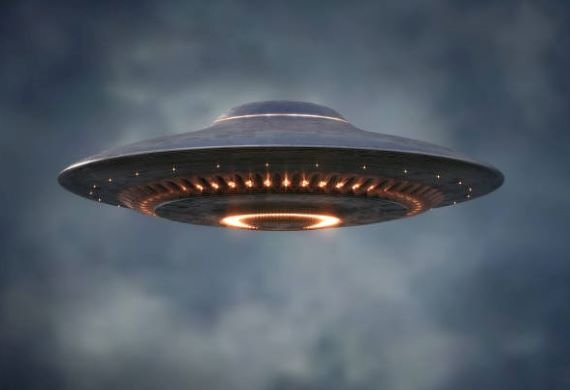 On Halloween night, 1966, Stella had her car parked at a lakeside not far from her home, just out there enjoying a moment of peace and quiet. As she looked out over the lake, she then saw something emerge from beneath the water, which to her looked like a head wearing a “black skullcap.” Whatever it was appeared to be peeking just above the water’s surface, and she felt that it was staring intently at her. Such a strange sight out there on this otherwise quiet evening hit her with a jolt of terror, and she started to back her car away even as the thing below the waves began to emerge from the water. She turned on her brights to see that it was a humanoid creature of some sort, and the sudden brightness seemed to startle it, causing it to run off towards some trees. She then saw an orb of light about the size of a basketball shoot up from behind the trees, which was then followed by a larger orb that flew out low across the water at high speed. Apparently, a few of her neighbors would also see this spectacle of strange lights, as her home was only about 60 yards away from the lake.

Seeing as how these phenomena seemed to be following her around, Stella invested in an 8mm camera in order to try to catch photographic evidence of these strange incidents, and she would not have to wait long to get her chance. On February 18, 1967, she saw the strange lights again, a smaller orb and larger one, one yellow and the other red,  and this time she stopped her car and got out for a better look. There was another motorist who had done the same, and they both watched as yet two other large orbs joined the first two, after which they began doing an aerial display of acrobatics. This time she had her camera with her, and allegedly managed to get plenty of footage of them. As all of this was going on, even more motorists had gathered to watch the spectacle, including a friend of Stella’s on her way home from work. The lights then flew off, to be replaced by a huge, bluish-white light that approached them as Stell continued to film. It would hover nearby before flying off into the night as well to leave all present gasping in astonishment. Unfortunately, it would later turn out that much of the film she had taken had not been correctly spliced, but most of it remained intact, and under analysis there could be seen four humanoid figures sitting in the large, blueish white object, which she had not noticed while actually filming.

Stella would then come into contact with a psychiatrist and paranormal researcher by the name of Berthold Eric Schwarz. He was no crackpot, having been certified in psychiatry by the American Board of Psychiatry and Neurology, and he was also a Diplomate of the American Board of Psychiatry and Neurology, a Fellow of the American Association for the Advancement of Science, and a Distinguished Life Fellow of the American Psychiatric Association, as well as having authored numerous scholarly or scientific articles, many focusing on psychiatric, psychoanalytic and electrophysiological subjects. He was also quite into studying UFOs, psychic powers, and the paranormal, and became interested in Stella’s case and the footage she claimed to have taken of the UFOs and their occupants after meeting her at a UFO conference.

Schwarz would subject Stella to a battery of physical and neurological examinations, after which he arranged psychiatric sessions for her. During these sessions, she would make all sorts of claims that she had not made to anyone before, such as that she was in telepathic contact with aliens and demons, that she had exhibited physical symptoms such as paralysis and lesions on her skin. It would turn out that she had voluntarily checked herself into a psychiatric hospital, where she was diagnosed as being a possible Paranoid Schizophrenic. She would be kept for observation for 10 days before being released on her own cognizance. The thing was, Schwarz did not believe that this psychosis had been causing her experiences, but rather the other ways around, that the strange incidents had taken a mental toll on her. He would then turn his attention to the reams of footage she had taken of the phenomena, which he deemed to be very credible. Schwartz decided to go out to an area where she claimed that most of her sightings had taken place, along with a friend of hers, and there he would see a UFO for himself, this one taking the form of a “flaming disc.” Even weirder was that they would observe a black car suddenly appear to shine headlights at them. Schwarz would say of what happened:

While Mrs. Lansing and I were filming these strange lights, an automobile suddenly seemed to appear out of nowhere. It stopped approximately one to two hundred feet ahead of our car. We were shocked to see its headlights illuminate our dark area and flicker alternatively left and right and vice versa, in a manner reminiscent of semaphore signals, and then dim out to a pink, and then come on again. At the height of the excitement, the lady friend panicked, and screamed for us to get back into the car, which we did. Fortunately, I photographed most of this bizarre incident, and for several film frames the flaming disc can be seen gliding ion the background, above and then just over the glaring headlights. The latter part of the event was filmed from the interior of Mrs. Lansing’s car, and showed reflections from the windshield. The mystery car then suddenly turned up its lights, started its engine, and barreled past us at great speed. Because of the blinding headlights, we couldn’t make out the license plate, but the auto seemed to be a rather large, General Motors model of several years ago. The mystery car was noisy, and sounded as if its muffler was defective. It was impossible to see if there were any occupants in the car. Mrs. Lansing, her friend, and I were completely surprised by this weird incident. 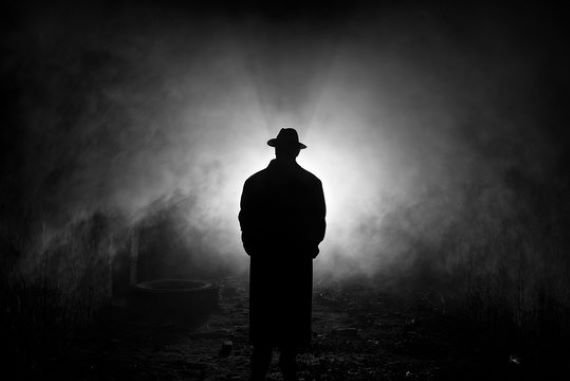 What was going on here? Whatever it was, it proved to Schwarz that Stella was not hallucinating and that something very bizarre and unexplainable was going on, and he would write a whole paper on the case. Stella’s various photographs and films taken over the years, all taken on different types of cameras with different types of films, were picked apart and debated, with many suggesting that it was all merely camera glitches or a hoax, but Schwarz insisted that there was no trickery involved, and that he had seen the objects for himself. The case picked up a lot of momentum years later, when in 1991 it featured on the TV show Sightings, which showed portions of the footage and managed to even turn up evidence of voices coming from the occupants within the craft, generating renewed interest in the case. Sadly, Stella Lansing would pass away in 2012, taking any secrets she had to the grave with her. What was going on and what was this phenomenon all about? Why were these forces tormenting her and what was the meaning of the Men in Black angle? It remains an odd and unsolved case of a very strange individual surrounded by mysteries we may never full unfurl, and has gone on to be one of the weirder cases of supposed alien contactees.