UFOs, Secret Experiments, or a Combination of Both?

My previous article expanded further on the matter of the Roswell affair of 1947 having been a domestic, Top Secret experiment, rather than being the crash of a UFO from another world. And, this one will expand things even more. The late Leonard Stringfield, who passed away in 1994, was a UFO researcher who firmly believed that, since the 1940s, the U.S.  Government had secretly recovered a number of crashed UFOs and dead aliens, and which were stored and preserved a variety of military bases across the country – many at Wright-Patterson Air Force Base, Ohio. Stringfield, too, however, was given a number of accounts relative to the issue of secret and shocking human experimentation on handicapped people; experimentation that was tied in with the Roswell affair. One of those stories came to Stringfield from a highly controversial figure in Ufology. His name was Timothy Cooper, a resident of Big Bear Lake, California and someone who exited the field of UFO research years ago. Far more than a few people in Ufology have very little time for Cooper, suspecting that many of the documents he supplied to the UFO community in the mid-1990s were bogus, rather than the highly classified papers that they were purported to be. They were bogus; there is no doubt about that. But, Cooper himself was not the forger. It’s the "pre-documents" era we have to take a look at, however. It paints a very different picture of Cooper to that which many ufologists have accepted. 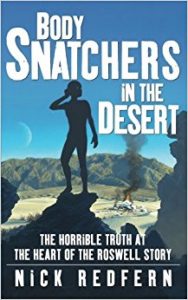 Tim Cooper claimed to Stringfield in 1990 that he had numerous sources of the old-timer kind – some of who assured Cooper that, yes, aliens really did crash outside of Roswell in the summer of 1947. Others, however, quietly hinted to Cooper that the truth was far more controversial: a scenario involving human guinea-pigs – Japanese and handicapped individuals - and the creation of UFO-themed disinformation programs and faked, pro-UFO documents to hide the down-to-earth truth of the Roswell enigma. Also in 1990, Cooper supplied Stringfield one specific story which Stringfield decided to firmly keep under wraps until the following year, 1991, when he published it in a lengthy report on tales of crashed and secretly retrieved alien spacecraft. The story concerned a woman who Cooper first crossed paths with in 1989. He described her only as a nurse, and gave her the pseudonym of "Mary." 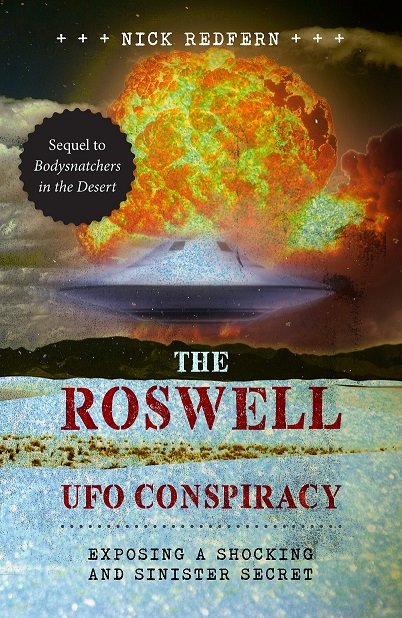 In Cooper’s own words of 1990, and which Stringfield published: "She casually mentioned to me over coffee that 'bodies' were being flown to Los Alamos periodically from late 1945 to sometime in 1947. I asked her if she had seen these 'bodies' and she said no, but others had. I asked her where these 'bodies' were coming from. She said she did not know but it was rumored that they were human experiments for biological and nuclear medicine research. She thought they may have come from Japan after the war [italics mine]. I asked her why she thought that. She said that they were small bodies with deformed heads and limbs. The eyes were abnormally big, she was told. She did have some view of them in the morgue very briefly for a few minutes at some distance. I asked her why she was allowed to be present at the autopsies. She told me that she was asked to assist in the preparation and cleanup. I asked her again about the bodies. She said they were being flown in on special transport planes equipped with refrigerator units to keep the bodies from decomposing. The flesh was badly burned and charred. There was no hair on the heads and had a grayish-yellow color. That’s all she knew."

Like it or like it not, the Roswell affair is becoming more and more a top secret experiment, and much less a crashed UFO from another world.