Utah Discovery Pushes Back Earliest Tobacco Use to Over 12,000 Years

Apparently humans have been using tobacco for over 12,000 years – around 9,000 years earlier than previously estimated. This new evidence was discovered in the Utah desert where charred seeds were found.

The previous record of the oldest evidence of tobacco use was a 3,300-year-old smoking pipe with nicotine inside of it that was found in Alabama. Since the now-oldest evidence dates back 12,300 years ago, this means that some of the earliest inhabitants of America were using the plant. 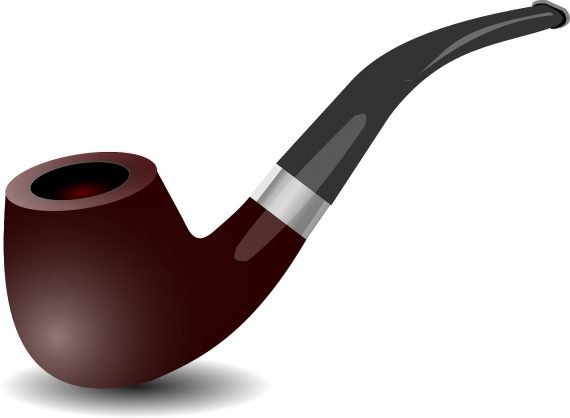 Tobacco has been used for many different events such as for sacred uses, ceremonies, and even for medicinal purposes. There were several different ways that tobacco was used, such as chewing, smoking, and snuffing. One of the more interesting uses of tobacco was that in some ancient Maya rituals, they used intoxicating enemas of fluids full of tobacco. Another example was that English doctors from the 18th century gave enemas of tobacco smoke to drowning victims in hopes of saving them.

As for the discovery made in Utah, the charred seeds were located when archaeologists were excavating an ancient hunter-gatherer camp in the Great Salt Lake Desert. They found an intact fireplace with stone artifacts surrounding it – these included spear tips that were probably used for hunting. Additionally, over 2,000 bones were located at the site (the majority of them belonging to ducks). Evidence points to the ancient humans cooking and eating at the site. Charred willow wood was also found at the site and after the experts conducted carbon dating on it, they concluded that it was approximately 12,300 years old. (Pictures of the excavation site can be seen here.)

But definitely the most astonishing and surprising discovery were four charred tobacco seeds that suggested there were tobacco leaves and flowering stems full of nicotine. While it’s not entirely certain as to how the individuals used the tobacco, one possibility is that they smoked or chewed it while sitting by the fire.

In an interview with Live Science, Daron Duke, who is an archaeologist with the Far Western Anthropological Research Group in Henderson, Nevada, stated, “People in the past were the ultimate botanists and identified the intoxicant values of tobacco quickly upon arriving in the Americas.”

While this is very interesting news, not everyone is convinced that the tobacco was being consumed so many years ago. Some believe that the ducks could have ingested it while eating and when the ancients cooked the ducks, that’s how it ended up at their site. Another theory was that the tobacco was used as fuel for the fires. However, the researchers quickly put those ideas to rest as they stated that birds don’t eat tobacco and that it would burn way too fast to help fuel a fire.

The study was published in the journal Nature Human Behaviour where it can be read in full.