When an Animal is Really Something Monstrous Instead: Creepy Creatures

In the last few days, I've revealed why some of the key monsters in the field of Cryptozoology may not be what they seem to be. Those creatures were the Nessies of Loch Ness Scotland; the Bigfoot of the United States; and the werewolf-like Dogman. And, as I showed in those previous articles, there's no doubt that all of these unknown animals have some degree of strange abilities - such as becoming invisible, affecting peoples' minds, and shapeshifting. With that said, could be even another such beast on the loose? The answer is "Yes!" There's another category that, at first glance, at least, seems to be just a normal animal, but seen in out-of-places locations. I'm talking about the so-called "Alien Big Cats" (or ABCs) of the United Kingdom. For decades - some might argue for centuries - such large (usually black-colored) cats have been assumed to be escapees from zoos, menageries, circuses and so on. The fact is, though, there are some really strange things about the ABCs that force me to push them down the paranormal path, rather than down the path of total normality. So, let's see why, exactly, my take on the ABCs is a definitive paranormal one.

In the summer of 2007, I spoke with Marcus Matthews, a dedicated researcher of mysterious big-cats in the U.K., He told me that he was then currently investigating a case involving a person who had seen a “huge black cat” sitting inside the confines of a Wiltshire Crop Circle. So, how do we define and explain such rogue reports as these? The answer, admittedly, and right now, is that we can’t. All I can say is this: if you ever find yourself deep in the heart of a huge Crop Circle, then keep a careful watch. There may be something dangerous keeping its eyes on you, getting ready to pounce. It may very well be supernatural in nature, too. After all, to find a huge black cat in a Crop Circle makes me suspect that we’re dealing with definitive paranormal activity. Now, onto another example of the strange type. 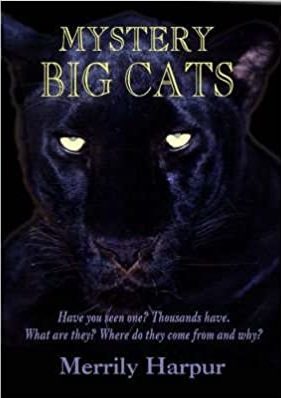 Merrily Harpur – an ABC expert – suggests that these mysterious cats are very likely Daimons. They are supernatural entities that can be malevolent, helpful, manipulative, trickster-like, and even deadly, depending on their type. Eudemons are generally friendly, while cacodemons should be avoided at all costs, lest one wishes to see one’s life ruined. Entities that act as intermediaries between the world of man and the domain of the gods, the Daimons are shape-shifters that can manifest in multiple forms. Merrily adds: "If ABCs are a variety of native British daimon, they have emerged into a landscape brimful of these intermediate beings: pixies, gnomes, boggarts, Herne the Hunter, elves, lake monsters, ‘white ladies,’ wyrms, and so on."

I have on file a fascinating story from 1953, specifically the month of August. The location: Abbots Bromley, a village in the English county of Staffordshire; the origins of which date back to at least AD 942. The witness was a now-deceased man, Brian Kennerley. In 2002, Kennerley’s family told me of how he often spoke of the occasion when, as he walked through Abbots Bromley on what was a warm, summer’s night, he was confronted by a large black cat – one that he described as the typical "black panther." Not surprisingly, Kennerley was frozen in his tracks. His amazement turned to outright fear when the beast suddenly rose up onto its back limbs, giving it a height of around five and a half feet. The creature reportedly issued a low growl and flicked its dangling front paws in Kennerley’s direction. Notably, Kennerley's daughter told me her father said that as the ABC rose up, "its back legs changed shape, probably to support it when it was standing upright." A few seconds later, the creature dropped back to the ground and bounded out of sight.

Concerned Pilot Who Spotted UFOs Over Florida Said Objects He Saw Are “Not Possible.”