WWII Ghost Ships Appear on the Beach of Iwo Jima

All of the veterans of World War II are nearly gone, and we’ll soon have nothing but their ghosts to help remember the battles, the deaths and the cause of the war. Perhaps the bloodiest and most significant conflict battle in the Pacific theater was the Battle of Iwo Jima between the Japanese army and the U.S. Marines. Today, the island has no permanent residents other than a small military population … and some ghost ships that have risen from the coastal waters due to recent seismic activity. Is this a warning from below of a new eruption … or a warning from the past that those who forget history are doomed to repeat it? 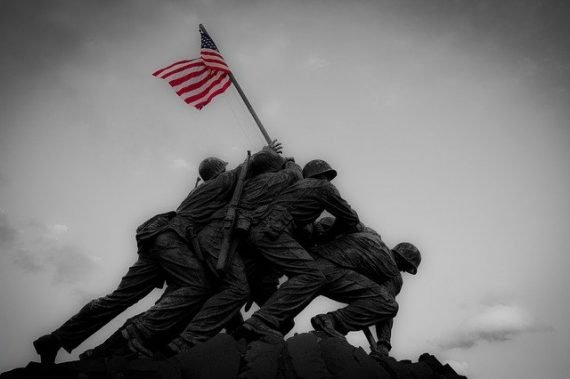 A Japanese news report (video in Japanese here) shows an aerial view of the island and the aftereffects of recent volcanic activity that stretches across the 100 islands in the Japanese section of the Ring of Fire. As the video covers the white eruption remnants in the crater and the dark brown areas in the waters below, it moves to the skeletons of ghost ships that have arisen from the depths as the seabed lifts. These are not battleships but they still have a story to tell.

The All Nippon News report briefly notes that the ships shaken to the surface by Mount Suribachi are not warships but the hulks of 24 Japanese transport vessels that were captured by the U.S. Navy late in the war. The Drive website did some investigating and found that the U.S. Navy was planning to build a permanent harbor in this spot after the war ended and needed to create an artificial breakwall to reduce the rough waves so that DUKW light amphibious vehicles could use it. Because Mount Suribachi is active, the island rises between 10 and 30 inches per year and the ships that were once in the ocean are now on new beaches – according to The Drive, the beach where U.S. forces landed in 1945 is now over 50 feet above sea level.

“There is a possibility of a big eruption on Iwo Jima.”

From a seismic standpoint, the appearance of the ghost ships is a definite sign that things are happening inside Mount Suribachi, underneath the peak where the iconic 'Raising the Flag on Iwo Jima' photograph was taken. The Battle of Iwo Jima took the lives of nearly 7,000 Americans and 20,000 Japanese, but it’s a ghost island today with only the Japanese base personnel as residents – some ghosts of those who died in the battle are still seen by them.

However, just like the volcano, political and military tensions are rising amongst the nations of the Pacific. Could the ghost ships be rising to remind us of the deadliest war the planet has ever endured? We can only hope.

The Shapeshifting Monsters That Lurk Among Us