One big area of the UFO phenomenon has always been the evidence of radar signatures, or sometimes the lack thereof. Ever since we have been able to patrol the skies with radar, strange thing have managed to creep up, and one one these holds the distinction of being among the first. The year was 1948, and at the time the Northrop P-61 Black Widow, developed during World War II, was the first operational U.S. warplane designed as a night fighter, and the first aircraft designed to use radar. The aircraft held a crew of three, a pilot, gunner, and radar operator, and at the time it was pretty revolutionary, seeing action during the war in the European Theater, Pacific Theater, China Burma India Theater, and Mediterranean Theater, where it served well as a long-range, all-weather, day/night interceptor. In 1948, the P-61 was still in use, and one evening in October of 1948 a crew aboard one of these planes would have one of the first radar contacts with a UFO in the skies of Japan, which would also turn out to be one of the earlier UFO “dogfights.”

On October 15, 1948, a USAF P-61 Black Widow was on a routine patrol over the skies of Fukuoka, an island in southeastern Japan. This was a totally normal patrol during which none of the crew had expected to encounter any trouble, certainly not the strangeness they were about to witness. At approximately 11:05 p.m., the plane’s radar operator obtained a radar pickup on an unknown target at an altitude of around 6000 feet, and an initial range of about 10 miles. The object was initially moving at about 200 m.p.h. and although the radar return seemed comparable to that of a conventional aircraft, when it was visually spotted it was described as not a conventional aircraft at all, but rather about 20 to 30 feet long and shaped like a “rifle bullet,” with no discernible wings or tail structures and "a dark or dull finish.” Curious as to what this intruder might be, the decision was made to approach the object, upon which it began sharp acceleration and various impressive aerial acrobatics.

It seems that every time the P-61 tried to close in, the unidentified object would rapidly accelerate away, far beyond what a normal aircraft should have been capable of, quickly reaching a speed of 1,200 m.p.h., and it would also abruptly dip and dive under them. It was all quite puzzling to the crew of the plane, with six attempts to make a pass at the unknown object that were thwarted by its maneuverability, and one report from the Far East Air Forces intelligence would say:

The radar observer estimated that on three of the sightings, the object traveled seven miles in approximately twenty seconds, giving a speed of approximately 1200 mph. When the F-61 approached within 12,000 feet, the target executed a 180 degree turn and dived under the F-61. The F-61 attempted to dive with the target but was unable to keep pace. It could go almost straight up or down out of radar elevation limits. It is believed that the object was not lost from the scope due to normal skip null-zones common to all radar equipment. The pilot and observer feel that it was the high rate of speed of the object which enabled it to disappear so rapidly. This aircraft seemed to be cognizant of the whereabouts of the F-61 at all times. It had a high rate of acceleration and could go almost straight up or down out of radar elevation limits. There was sufficient moonlight to permit a silhouette to be discerned although no details were observed. At the time of only visual sighting, target was on a level with observing aircraft. Under night visibility all that was visible was a silhouette. Type of tail stabilizers is unknown. General classification - very short body giving a stubby appearance. Canopy, if present, was formed into aircraft body to give the object clean-cut lines and was not discernible.

The object would continue this cat and mouse game, as if playing with the P-61, usually pulling off its seemingly impossible evasive maneuvers whenever the American plane closed to within 400 yards. Indeed, the object seemed to jump around so much that the crew began to think that they were dealing with more than one bogey. The pilot of the P-61, a 1st Lt. Oliver Hemphill, would say of their six passes at the radar target:

The target put on a tremendous burst of speed and dived so fast that we were unable to stay with it. The aircraft immediately outdistanced us. The third target was spotted visually by myself. I had an excellent silhouette of the target thrown against a very reflective undercast by a full moon. I realized at this time that it did not look like any type of aircraft I was familiar with, so I immediately contacted my Ground Control Station. The fourth target passed directly over my ship from astern to bow at a speed of roughly twice that of my aircraft, 200 mph. I caught just a fleeting glimpse of the aircraft; just enough to know that he had passed on. The fifth and sixth targets were attempted radar interceptions, but their high rate of speed put them immediately out of our range. 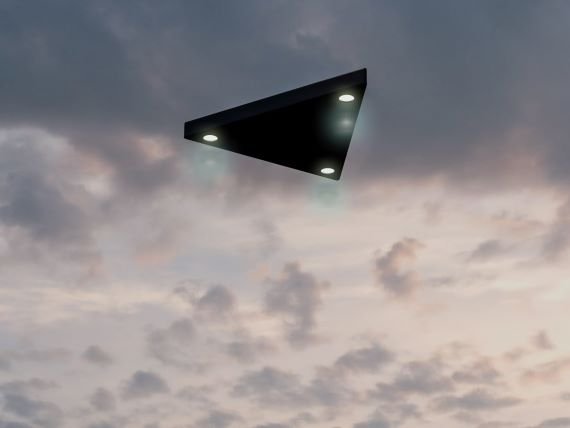 Rather strangely, although the P-61 was picking up the mysterious object on radar, USAF ground-radar stations at Shigamo-Shima and Fukae-Shima were only able to see the American aircraft, but not the anomalous object. The duration of the six attempted intercepts is given as 10 minutes, after which the object or objects left the area to disappear. The case would go on into the files of Project Blue Book, and be studied by the head of the organization, Edward Ruppelt, who would write of it in his book The Report on the Unidentified Flying Objects (1955), as well as Senior Physicist, Institute of Atmospheric Physics, and professor, Department of Meteorology, The University of Arizona, Tucson, Arizona, Dr. James E. McDonald. It has gone on to become a case known as one of the first times that pilots used airborne radar to track a UFO, and so it is a unique addition to the history of Ufology and an important but little-known case.

UFO Disinformation: How Much is Real? How Much Isn’t?