A Very Weird Mysterious Vanishing and Death in Poland

Sometimes weird mysteries flock around the last people you would expect. By all appearances, 30-year-old Mateusz Kawecki from Hutków, in southeastern Poland was just a normal guy. He lived in Hanover, Germany where he had a normal job as a construction worker, where he had no problems, he had a fiancé back in Poland who was pregnant with his child, and he was mostly a content, unassuming guy. On March 28, 2018, he decided to take some time off of work in order to head out to the village of Lipia Góra, in northwestern Poland, where his fiancé lived, in order to be there for the birth of his child. When he left Hanover in his car at 11:30 he was in high spirits, looking forward to seeing his new child and the bright future he saw ahead. However, he would never arrive and would become a strange unsolved mystery full of weirdness.

The following morning, his fiancé waited for him, but Kawecki, who was expected to arrive at around 9a.m., didn’t show up. She later received a text message from Kawecki telling her he was running a couple of hours late due to traffic, so she waited some more, but as the day went on without any sign of him she became increasingly worried. She tried several times to call Kawecki’s phone but there was no answer and her texts also received no replies. She then contacted Kawecki’s mother and sister, but they had heard nothing from him and were also unsuccessful in calling his phone. Kawecki’s father, who also lived in Hanover, would tell them that he had called him at 10:30 a.m. on the day he was supposed to arrive, and was told that there was bad traffic in the area of the Polish village of Szczecin on the German border, around 133 miles from his destination, which coincided with the message that his fiancé had gotten. They decided to wait and see if he would show up, thinking perhaps he was just running very late, but he never did, and when the following morning came and he was still nowhere to be seen, they contacted the authorities. At the time, they were told that nothing could be done because Kawecki had not been missing very long and would probably show up. 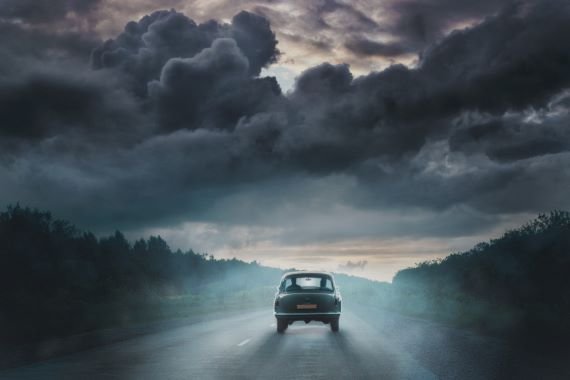 After several more days had passed it was becoming more and more obvious that something was very wrong, and Kawecki was listed as a missing person. Polish authorities were able to ascertain that his cell phone had been turned on for several days after he had last used it, but were unable to actually locate the phone itself, and German authorities had no luck either. Oddly, it would be found that the phone had never connected to a Polish phone network, making it a mystery as to how he had been able to use his phone to talk to his father and send text messages to his fiancé. Although the border wasn’t staffed, there were CCTV cameras installed, but when all of the footage was checked there could be found no evidence that Kawecki had ever even crossed the border at all. As this was going on, Kawecki’s family got the impression that authorities weren’t doing enough, and went about their own investigation, retracing his entire route, questioning potential witnesses, plastering missing person posters everywhere, and even pleading with the public for information on TV, but there was no trace to be found of either Kawecki or his car and no new leads. Where had he gone? What had happened to him? Nobody knew, and the police just sort of shrugged their shoulders, pronounced that he had run off to start a new life, and that was the end of it as far as they were concerned. However, the case was to prove to be far from over, and would go on to take a grim twist.

On September 12, 2018, Kawecki’s mother, who lived on a rural farm in Hutków, got a visit from a neighbor saying that there was a foul stench coming from her barn on the edge of his property, and that it had been getting progressively worse since that July. He told her he thought she might have a dead animal in there and that he would go in and check it out for her. He went into the barn, but rather than a dead animal as expected, the neighbor found some clothing in the attic that contained the badly decomposed remains of a person. Police were immediately notified, and arrived at quite the gruesome scene. They found the decapitated torso of a man, the head lying nearby and seeming to have had some teeth knocked out, but too deteriorated to be immediately identified. The clothes were bloody, and had some of the teeth stuck to them, seemingly intentionally. There was no sign of a struggle or a weapon that could have been used to carry out such carnage. From the roof of the barn hung two nooses and a backpack was also found, containing a cellphone, wallet, a Polish water bottle with cigarette butts in it, and an orange juice box. Of his car there was no sign, and the keys were missing as well. 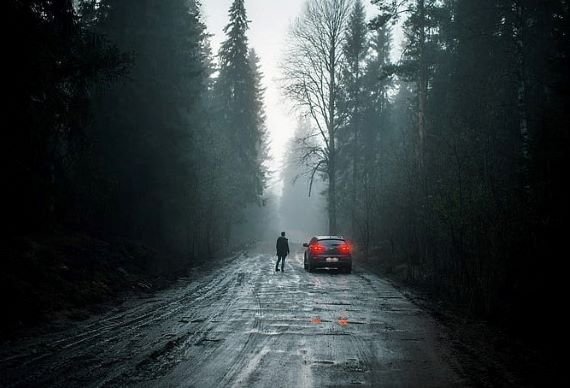 It did not take long for Polish police to establish that the body belonged to the missing Mateusz Kawecki, and as the what was now a criminal investigation continued there would be a lot of weird clues. The backpack was confirmed to have belonged to him, but the contents were odd because his family insisted that he never drank orange juice and hated it. The cell phone also showed that he had last used it to make a call on March 30, but it was to his uncle, only lasted a few seconds, and never even went through, as if he had changed his mind or it had been a misdial. There was no DNA evidence at the scene from anyone else and no fingerprints except for Kawecki’s on his belongings. Perhaps weirdest of all was the fact that the family had often used the barn during the summer, so it seemed extremely odd that they wouldn’t have noticed the stench of a rotting corpse in the attic.

Unbelievably, the Polish authorities would deem it to be a suicide, with no evidence of foul play. They claimed that he had hung himself, after which the head had popped off when the body had decomposed, something his family adamantly denied he would ever do. This would lead Kawecki’s family to claim they were botching the investigation, only reinforced when a shoe with a severed foot was later found in the hay, showing they had not even conducted an in-depth search of the premises. In the meantime, German authorities were also on the case, and it would get even stranger still. The call made to the father was found to have not been made from the village of Szczecin, but rather from within Germany, meaning that he had lied about where he was and where he was going. The German police would find evidence that Kawecki had in fact never headed towards his fiancé’s house at all, but had rather taken a train to the German border town of Frankfurt an der Oder 24 hours after the call to his father, and then headed to the Polish town of Slubice just across the river, where security footage showed him checking into a hotel with an unidentified person. He then headed for Warsaw, Poland, the next day by train alone, from where he had taken a bus to the town of Zamość, about 13 miles from his hometown where his body was found, although how he had gotten there and what had happened to his car were baffling mysteries.

What was going on here? How did he end up in that barn dead, far from where he was supposed to be and where was his car? Why did he lie to everyone about what he was doing and where he was going? Was he murdered, did he kill himself, and what does the swamp of enigmatic clues mean? Why was the investigation so bungled? The answers have continued to elude us, and this is one of the stranger mysterious deaths there is.

When Sleep Can Be Our Worst Nightmare: Paranormal Bedroom Invaders