If you’re looking for a week with more space news than the first human walk on the Moon, this one could be it. If you’re looking for the week when the event that starts Space War I is defined, this may fit the bill there too. And if you’re looking for a week when both the U.S. and Russia were honest and open about their military space programs, interest in UFOs and future space projects, this might be the one. Let’s start with the most discerning news – the Russian destruction of a dead satellite that created so much debris that the Russian and U.S. crews of the ISS had to bail into their respective attached space capsules.

“Russian Defense Minister General of the Army Sergei Shoigu confirmed the successful test of the anti-satellite system, answering journalists' questions during a working trip to the troops of the Western Military District in the Voronezh Region. We've really experienced a successful forward-looking system. She "jewelry" hit the old satellite, "- said the head of the military department. Sergei Shoigu added that the resulting fragments do not pose any threat to space activities.” 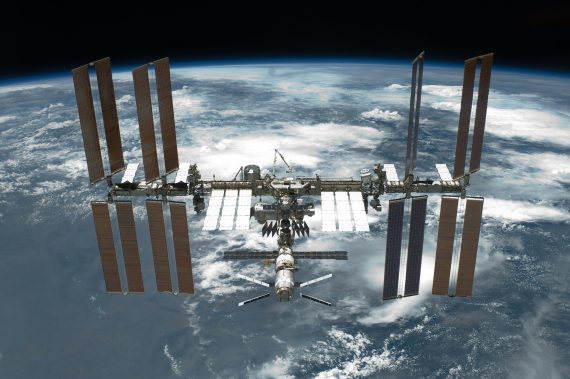 After ROSCOSMOS first issued a “no harm, no foul” tweet about the ISS crew evacuation in response to NASA and the U.S. Defense Department issuing strong rebukes, the Russian Ministry of Defense gave some braggadocio details about the incident, pointing out the non-operational spacecraft was a Celina-D (Tselina-D), that had been in orbit since 1982, not a Kosmos-1408 as other media sites had reported. Then it accused the U.S. of causing the test in the first place.

“The United States established a space command in 2020 and officially adopted a new space strategy. One of its main goals is ‘to create a comprehensive military advantage in space’. “With that in mind, the Defense Ministry is carrying out planned activities to strengthen the defense capabilities that exclude the possibility of sudden damage to the country’s security in the space sphere and on the ground at the hands of existing and prospective foreign space technologies.”

The MoD specifically mentioned that the US has been making modifications to its secret Air Force X-37 unmanned spacecraft. The English version of Pravda then followed up with the revelation that the satellite was destroyed by a Russian S-550 anti-aircraft missile system designed to destroy intercontinental ballistic missiles, and that China’s Sohu website mentioned another target:

“The Chinese website referred to the X-37B orbital fighter, which will be an easy target for the S-550. The anti-missile defense performance of the S-550 will be significantly higher than that of its predecessors, even in comparison with the similar US system Aegis armed with SM-3Block llB missiles.”

The X-37 Orbital Test Vehicle (OTV) is now under the command of the US Space Force, which has continued to keep its missions top secret. Does the Russian MoD know something the American public doesn’t? While half of the focus this week is on known flying objects, the other half is on unknowns. A bipartisan amendment to the National Defense Authorization Act to create an ‘‘Anomaly Surveillance and Resolution Office” with authority to pursue “any resource, capability, asset, or process of the Department and the intelligence community” to study unidentified aerial phenomena (UAPs) presented by Senator Kirsten Gillibrand was pushed to the front burner by Gillibrand in her first interview about it.

“If it is technology possessed by adversaries or any other entity, we need to know. Burying our heads in the sand is neither a strategy nor an acceptable approach.”

Gillibrand and her bipartisan supporters are concerned about UAPs and UFOs whether they’re from Earth sources or other worlds. The lack of congressional and/or public oversight of these overhead sightings is indeed disconcerting … but perhaps a greater concern is why all of this came to a non-harmonic convergence this week. Is Russia expecting more U.S. aggression in space? Is the U.S. expecting more Russian aggression? Is the fact that that Russia put its own citizens in danger a sign of incompetence or seriousness? Is the fact that it specifically mentions the X-37 a sign it knows the spaceplane’s true purpose? Are Gillibrand and her colleagues concerned about UAPs because they think they’re Russian or Chinese crafts? Are they planting the seeds to attack them under the guise that they were suspected of being alien aggressors?

Something militaristic is happening in space … and it seems to be escalating. What’s next?