An ancient gold ring that’s been described as being a “hangover cure” has been unearthed in Israel. In fact, it was discovered in Yavne during excavations where archaeologists found a massive wine factory dating back approximately 1,500 years. The gigantic winery produced about 2 million liters of wine every year which made it the largest wine making facility during the Byzantine Era.

“The person who owned the ring was affluent, and the wearing of the jewel indicated their status and wealth,” stated Amir Golani who is an expert on ancient jewelry with the Israel Antiquities Authority (IAA), adding that it could have been worn by either a woman or a man.

According to the IAA, the gold ring contains a semi-precious amethyst stone, weighs 5.11 grams (0.18 ounces), and is believed to date back to at least the 7th century but could possibly be as much as four centuries older than that. What’s even more fascinating is that it could have been worn as a type of cure for hangovers.

Amethysts are said to have special powers by helping to keep people calm and reduce anxiety. Additionally, they are believed to keep a person from getting drunk and even to treat addiction. On the other hand, if a person does end up drinking too much, the stone can allegedly help with the side effects from their hangover.

And since the ring was found at the site of a massive winery, it does make you wonder if there was a connection between the two as noted by Elie Haddad who is directing the excavation on behalf of the IAA, “Did the person who wore the ring want to avoid intoxication due to drinking a lot of wine?” “We probably will never know.” Nevertheless, it is a quite an interesting coincidence. 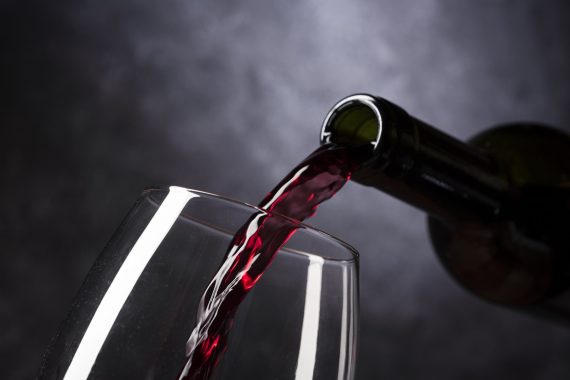 Eli Eskozido, who is the director of the IAA, weighed in on the discovery by stating, “The small, everyday finds that are discovered in our excavations tell us human stories and connect us directly to the past.” “It is exciting to imagine the man or woman to whom the ring belonged, walking right here, in a different reality to what we know in today’s city of Yavne.” The public will be able to view the excavation of the massive winery starting on November 5th.

Pictures of the ring as well as the excavation site can be viewed here.