New analysis of bones belonging to the ancient human relative Australopithecus sediba confirmed that they walked on two legs like a human but they climbed trees like an ape.

A team of international scientists analyzed lower back bones belonging to a female Australopithecus sediba that were found near the Malapa cave system in South Africa. She has been named Issa and she lived approximately 2 million years ago.

Experts have recovered four lower back vertebrae and a sacrum bone that links the pelvis to the spine. The experts were then able to use the spinal bones as well as other fossils that were previously found in order to reconstruct Issa’s back. As a matter of fact, this is the one of the most complete reconstructions of the back fossils of any hominin that has ever been conducted. They found that she had a curved spine which indicated that she spent a good amount of time walking on two legs. Additionally, they realized that she had five lumbar vertebrae – the same number that humans have.

Professor Lee Berger, who is the leader of the Malapa project, said, “While Issa was already one of the most complete skeletons of an ancient hominin ever discovered, these vertebrae practically complete the lower back and make Issa's lumbar region a contender for not only the best-preserved hominin lower back ever discovered, but also probably the best preserved.”

Previous analysis of Australopithecus sediba – specifically of their upper body – revealed that they were very well adapted to climbing trees. This means that the now-extinct hominin would have been halfway in between a tree-dwelling ape and a full bipedal human. 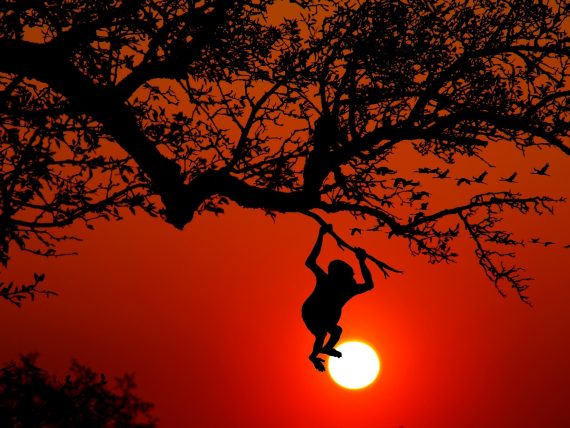 Professor Gabrielle Russo from Stony Brook University went into further details by explaining, “While the presence of lordosis (the inward curve of the lumbar spine) and other features of the spine represent clear adaptations to walking on two legs, there are other features, such as the large and upward oriented transverse processes, that suggest powerful trunk musculature, perhaps for arboreal behaviors.” (Arboreal behavior means climbing and living in trees).

The fact that a 2-million-year-old Australopithecus sediba had both ape-like and human-like traits is incredible especially since experts have now been able to confirm it. Reconstruction of the Australopithecus sediba’s body based on the recovered bones as well as an image of what it would have looked like can be viewed here.

Their study was published in the journal e-Life where it can be read in full.