Beware of the British Werewolf: Keep Away!

It's a fact that when it comes to the matter of werewolves, most stories, legends and tales tend to be focused around Eastern Europe. Just like the stories of vampires. It's a lesser-known fact, though, that there is a significant body of stories of werewolves in the United Kingdom. I know that, as I have investigated more than such a few cases in the U.K. So, I thought why not, today, share with you the most significant material. Within Scottish lore and legend there are tales of what we can term as wolf-men, but which for the Scots the creatures are known as Wulvers – and which spend much of their time in deep waters. Krystin Scott says of these very often water-based wolf-men that: "Wulvers are fond of fishing and are sometimes called the Fishing Werewolf. They can create fishing supplies out of resources that surround them, either stealing or making them by hand. They are frequently spotted fishing for their daily meal of Sillaks and Piltaks while perched upon a small rock known as a ‘Wulver’s Stane which is located in a deep water loch." 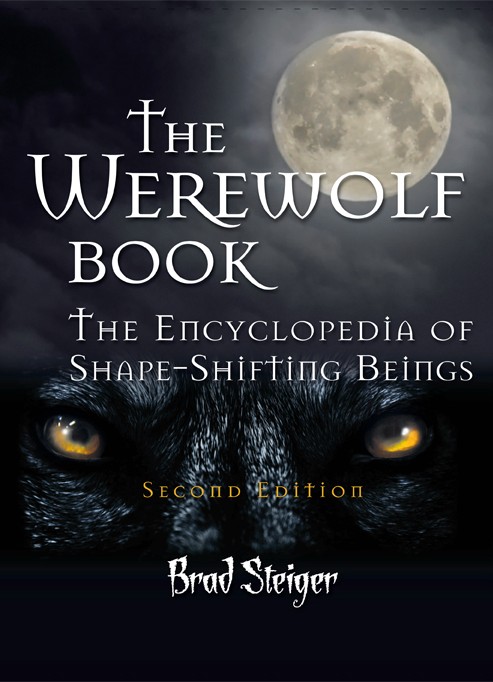 In her 1933 book, Shetland Traditional Lore, the noted folklorist Jessie Margaret Saxby, wrote: "The Wulver was a creature like a man with a wolf’s head. He had short brown hair all over him. His home was a cave dug out of the side of a steep knowe, half-way up a hill. He didn’t molest folk if folk didn’t molest him. He was fond of fishing, and had a small rock in the deep water which is known to this day as the 'Wulver's Stane.' There he would sit fishing sillaks and piltaks for hour after hour. He was reported to have frequently left a few fish on the windowsill of some poor body."

Now, onto the 1970s. In 2007, and in response to an article I wrote on werewolves, a man named Wes shared with me the details of his very own sighting of an upright wolf-like animal, thirty-seven years earlier. Wes said: "I encountered a werewolf (lack of better description) in England in 1970, I was 20 yrs. old when I was stationed at RAF Alconbury. I was in a secure weapons storage area when I encountered it. It seemed shocked and surprised to been caught off guard and I froze in total fright. I was armed with a .38 and never once considered using it. There was no aggression on its part. I could not comprehend what I was seeing. It is not human. It has a flat snout and large eyes. Its height is approx. 5 ft. and weight approx. 200 lbs. It is very muscular and thin. It wore no clothing and was only moderately hairy. It ran away on its hind legs and scurried over a chain link fence and ran deep into the dense wooded area adjacent to the base. I was extremely frightened but the fear developed into a total commitment of trying to contact it again. I was obsessed with it. I was able to see it again a few weeks later at a distance in the wooded area. I watched it for about 30 seconds slowly moving through the woods and I will never forget my good fortune to encounter it and to know this ‘creature’ truly does lives among us."

And, there is the matter of an even newer case. In March 2007, when a local paranormal investigations group, the West Midlands Ghost Club, found itself on the receiving end of something extremely weird and surely unanticipated: a stash of reports of werewolf-like beasts seen lurking among the old gravestones. The story of how the WMGC came to be involved, and the nature of the encounters can be found at their online article, “But I’m Alright Naaooooowwwwwww!!!!!” Such was the interest that the reports provoked, Mike Lockley, the then-editor of the local – and now defunct – newspaper, the Chase Post, gave the story a great deal of page-space. To the extent that the publicity brought in even more reports. For around three months, the good folk of the Cannock Chase found themselves plunged into a controversy that had at its heart sinister shape-shifting monsters that lurked among the long dead. It was a controversy that very soon was destined to become filled with terror and hysteria."

As all of this demonstrates, the werewolf is not a creation of folklore, myth or legend. And it also demonstrates that the creatures are still hiding in the shadows, the woods, the forests and even deep waters, and they are roaming around throughout the United Kingdom.