Long time Live Webcam viewer Eoin O’Faodhagain recorded another strange occurrence in Scotland’s Loch Ness. On October 19th, he noticed a black object that emerged high out of the water on the northern side of the loch and began moving through the water. Based on the video and the distance that the webcam is from the loch, the object would have been at least a couple of feet out of the water. While it was moving down the water, it got closer to the surface and eventually went under as soon as a cruiser began getting closer.

Once the cruiser came into view on the webcam, the unexplained dark object was completely under the water. However, there was still a straight line wake on the surface which indicated that it was still very close to the surface and possibly even touching it. But when the cruiser reached the exact spot where the object was last viewed, it was totally gone so it must have been submerged a good distance down from the surface.

O’Faodhagain posted his recordings on YouTube where the first part of the video can be viewed here and part two can be seen here.

This is O’Faodhagain’s fifth sighting of the year. His first occurred on January 19th when he witnessed a mysterious shape in the water for about 20 minutes. Three days later, he saw two unexplained objects splashing around in the water. He noticed a black shape moving up and down in the water, followed by two mysterious objects on March 12th. And on August 22nd, he again saw two shapes moving across the surface. There were five other webcam sightings reported by other viewers this year for a total of ten so far.

As for visitors who actually witnessed the elusive creature in person at the loch, there have been six reports so far this year that included a sonar image on August 26th. The image, which was captured on board the “Nessie Hunter” of Loch Ness Cruises, showed a mysterious shape that was estimated to have been 3 to 4 meters in length (9.8 to 13.1 feet). All of the sightings can be viewed on The Official Loch Ness Monster Sightings Register page. 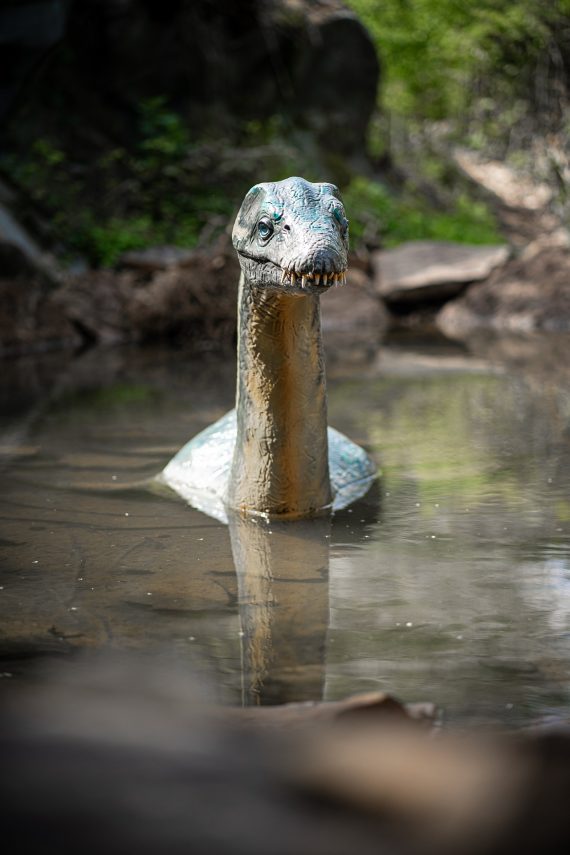 There was another interesting and very questionable sighting that included a drone camera but it hasn’t been accepted or listed on the register’s page. A camper named Richard Mavor was part of the great glen canoe challenge for Alzheimer's Society when he decided to send his drone in the air to capture some footage of the loch for his YouTube channel and that’s when he allegedly filmed the Loch Ness Monster.

However, not everyone is convinced that the footage is real and some have even called it out, saying that it was a toy used in a hoax. Maybe that’s why it hasn’t been accepted to The Official Loch Ness Monster Sightings Register page.