Although Bigfoot is considered to be an American cryptid, many nations have tales of tall hairy creatures and some skip trying to come up with their own name (until they realize the marketing potential of having their own monster) and co-opt the Bigfoot moniker. That list includes the UK – which already has tales of wild men, man-monkeys and other hairy humanoids. However, Lee Brickley prefers ‘British Bigfoot’ and he’s been hunting for it for ten years in the best place to look for all things paranormal in the UK – Cannock Chase in in Staffordshire where there have been hairy beast sightings since the 1800s. Lee Buckley now has a reason to continue his ten-year hunt – he recently discovered a footprint that he believes could only be made by the British Bigfoot.

“I was astounded… I’d never seen a footprint that large in my life, and it was clearly not made using a mould or cast. That is probably the moment I realised the Cannock Chase Bigfoot was more than just a myth.” 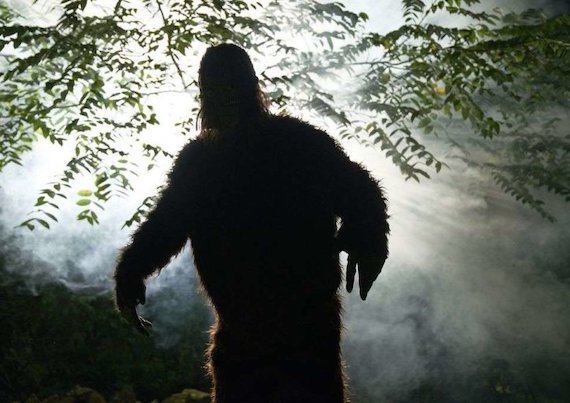 Lee Brickley is a paranormal investigator and author who is normally looking for ghosts in Cannock Chase – his latest tome is “Ghosts of Cannock Chase: Terrifying reports of paranormal activity from the UK's most haunted town” – but he admits in the Daily Star that he’s also had a lifelong interest in the U.S. Bigfoot. While researching Cannock Chase for his new ghost book, Brickley heard of 12 Bigfoot/wild man/man-monkey sightings in just two years. He says he got really interested when an anonymous source sent him an exact location where the source saw something “unusual” over Gentleshaw Common – a 212.5 acre heathland on the southern slope of the Cannock Chase. Bickley followed the directions and they took him to the 41 cm (16.15 inches) footprint. (Photo here.)

“You see a lot of dead deer on Cannock Chase – often they’ve been hit by cars – but it was unusual to see one in that condition.”

A month later, in the same area, Brickley claims he found a claw mark in a tree next to a deer whose throat had been ripped out and belly eaten. (Photo here.) While it could have been an alien big cat, Brickley is going with Bigfoot … especially since he thinks he saw one himself in Cannock Chase while researching the ghost book -- one big enough to fit that 16-inch footprint.

“I can’t say for sure what it was, as it was around 7 pm and getting dark and the figure was covered in shadow. It definitely moved more like an animal than a man, and it was easily seven feet tall.” 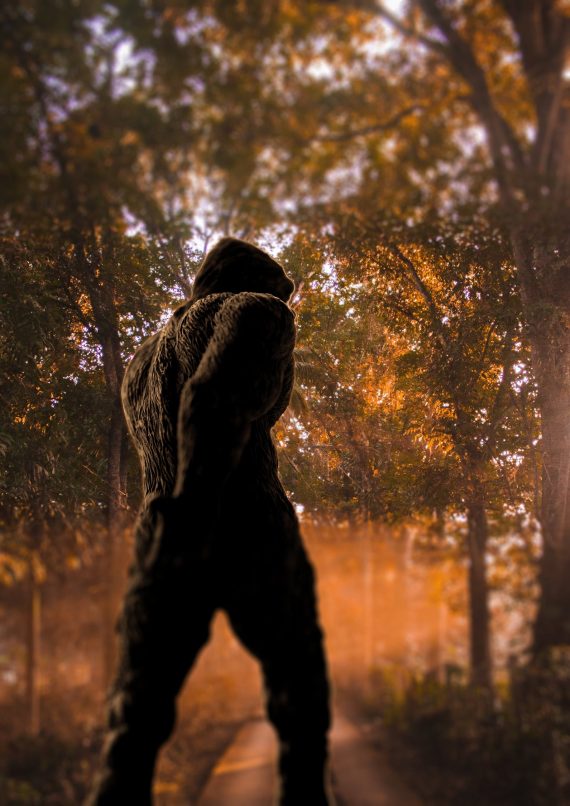 Does Britain have its own Bigfoot? It certainly sounds like Lee Brickley thinks so … and now he has a footprint and a claw mark to back up his belief. There have been enough humanoid/hairy creature sightings across the UK to support the idea of a British Bigfoot, although like the American Sasquatch, hard evidence and clear photos or videos are not to be found. The fact that so many of these sightings occur in the paranormal hotspot of Cannock Chase lends credence to the theories that this Bigfoot has paranormal abilities or perhaps is multidimensional.

Whatever the case, it’s a safe bet that Lee Brickley will continue to comb Cannock Chase for a British Bigfoot, and his story will undoubtedly inspire others. If only it inspired them to come up with their own name.