Egyptologists and archeologists have a number of holy grails on their bucket lists – the tomb of Alexander the Great and that of Antony and Cleopatra are certainly at or near the top. A non-tomb Egyptian grail is the long rumored second Sphinx which many believe is positioned very near to the current one-and-only Great Sphinx of Giza. One would think that a statue of that size would easy to find but that hasn’t been the case, leading many to believe that ancient writings touting its existence are fakes. That hasn’t stopped sphinx-seekers like Reda Abdel Halim, who claims he’s known the location of the second sphinx since 1986 and is finally ready to reveal its location. Would this have anything to do with the fact that Reda Abdel Halim is currently the director of public relations for the Giza pyramids district at the Egyptian Ministry of Tourism and Antiquities? 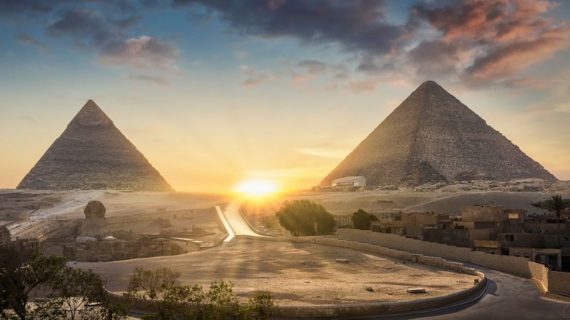 “Dr. Reda Abdel Halim, Director of Public Relations at the Giza Pyramids, and the discoverer of the second Sphinx rock in the Giza pyramids area, said that this rock has existed for a long time in the tenth of King Khafre and perhaps before him, because some inscriptions found inside suggest that there is a connection between these The rock and between the ancient first Sphinx.” (Google translation from Cairo Live)

Reda Abdel Halim announced his discovery to Cairo Live in late October and the news was met with skepticism throughout the Egyptology world, not to mention in his own department. Halim claimed he brought in a “property manager” in 1986 to measure the giant rock he found and its dimensions were 73 meters (246 feet) long, 20 meters (67 feet) high at the head, and the hands reach 15.5 meters (50.8 feet), which is … get ready ... the same size as the Great Sphinx of Giza. Abdel Halim did not reveal the location, only to say it is in the area of the pyramids and he found it using research done by archeologists at Zagazig University.

“This is completely not true. The Sphinx is unique in Egypt and the world. … Any talk about discoveries of other similar statues is baseless and has only one purpose, which is creating media fanfare. Any claims about research on the Sphinx at the Zagazig University is also false. Studies and research must be published in a scientific journal so that we can respond with scientific evidence. Talks about a text that is said to have been inscribed on the Sphinx but got erased by the passage of the time mentioning the existence of another similar statue, are baseless.”

Renowned Egyptologist Zahi Hawass, former Minister of Antiquities and an archaeologist who oversaw the pyramids area for nearly 20 years, told Al-Monitor Abdel Halim’s claims are completely false and he scoffed at the ‘evidence’ – a description that was once on the Great Sphinx but is now worn off. Nevin al-Arif, media advisor to the minister of tourism and antiquities, agreed with Hawass and revealed the identity of the statue Adel Halim claims is the second Sphinx.

"The statue in question was discovered a long time ago in the area and has nothing to do with the original Sphinx. It is nothing but a normal statue.” 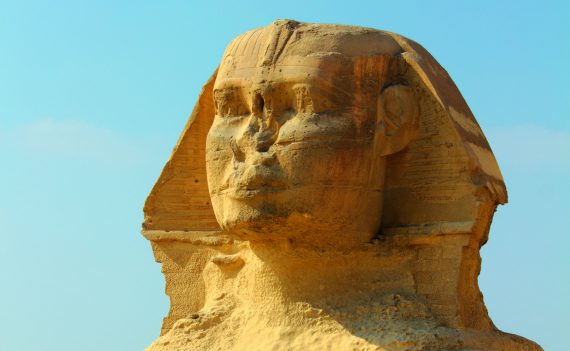 However, the final nail in the sarcophagus was hammered by Mohammed Hamza, the former dean of the faculty of archeology at Cairo University, who said:

“The Giza pyramids area is an active zone in terms of archaeology and tourism. If there were another Sphinx, scientists would have discovered it earlier. This area is of paramount importance, whether in the past or nowadays. Had there been any other Sphinx statue, it would have been discovered two hundred years ago. Excavations and digging operations are nonstop there.”

The Giza pyramids area is one of the most studied, looted, probed, scanned and searched archeological sites in the world. And yet, professional and amateur Egyptologists and archeologists are like Fox Mulder – they want to believe there's a second Sphinx … so much so that they’re willing to ignore that Abdel Halim claims to have known about what would be a ‘this changes everything’ discovery since 1986.

If the Sphinx could grin, it would be right now.

If You Want to See a Scottish Lake Monster, You Don’t Have to go to Loch Ness