A photo that appeared to show a ghostly female was captured at the very creepy and haunted Cannock Chase Woods in Staffordshire, England. As a matter of fact, the eerie photo was taken while urban explorers were searching for the pig man.

Cannock Chase Woods has a reputation for being exceptionally terrifying with legends of UFOs, aliens, black-eyed children, slender man, Bigfoot, werewolves, and a pig man. There were even dozens of creepy dolls that were tied to trees in the woods earlier this year.

Joshua Lester-Rigg explained that he and his friend heard so many reports of strange occurrences in Cannock Chase that they decided to check things out for themselves in order to prove or disprove the claims. “We arrived there just before dark to get a feel for the area, it was our first time visiting. As the sun set the place just seems to have a creepy feel to it after dark, so we started at one area of the Chase, the weather wasn't too bad just a bit of wind that stopped after a little so we started filming and taking photos.” Additionally, they used a K2 meter in order to communicate with any ghosts. 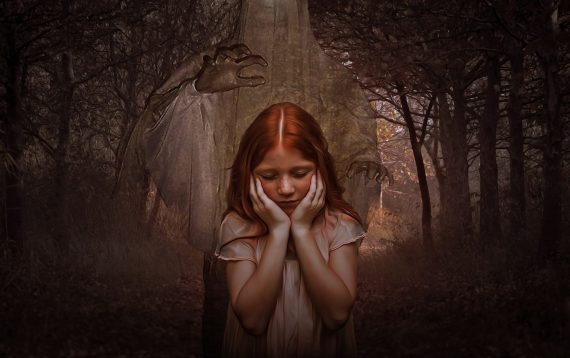 At that point, something made contact with them near the Katyn Memorial off of Camp Road. Their K2 meter spiked several times when he was asking questions to the spirits. Then they captured a voice that said “I have returned” and “am I invisible” at the exact same time that the K2 meter went off again.

Once the K2 meter stopped getting hits, the friends decided to snap some pictures and that’s when they captured what appeared to be an apparition. The figure in the photo “...looks like a spirit or ghost of a lady which is interesting as a report near this area is of a ghost woman of Cannock Chase, dubbed the 'lady of the chase' of a mystery figure that confronted a woman driving alone up Camp Road. This was reported at the Chase around 2006 to 2007 by Spring Slade Lodge which is minutes away from Katyn Memorial,” Joshua noted. 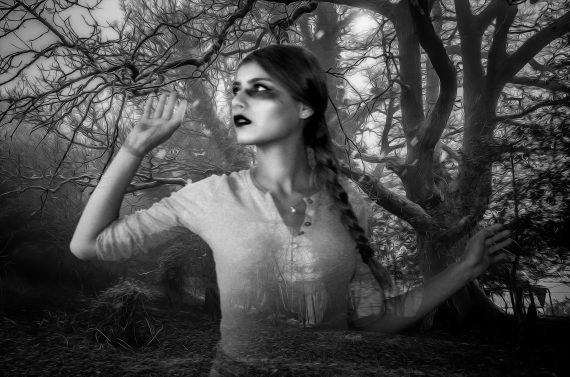 They continued on in the woods and felt as if something was watching them. But the weirdest part was the sudden change in the weather. “...as soon as we walked a distance from where we started the calm weather quickly changed to extremely heavy rain and then the calm winds turned into storm kind of winds, it may have been just because the weather recently is back and forth but the weird thing was as soon as we were a good 40 minutes away from the car and a good distance away from the first area we investigated the heavy wind and rain came from nowhere.”

Cannock Chase Woods does have a very frightening reputation, so perhaps Joshua did capture the spirit of a woman in one of his pictures. You can decide for yourself as the ghostly photo can be seen here.

Politician Wants to Bomb Active Volcano to Stop It From Erupting