Here are some the ghosts that are said to make themselves known every November in the United Kingdom.

For All Souls’ Day, every year at precisely midnight between November 1st and 2nd, apparitions of those who will pass away before the next All Souls’ Day will walk through St. Leonard’s Church in Lancashire, England.

Also on November 1st, the spirit of a headless woman (the phantom of Saint Juthware) can be seen walking through Judith Hill (also known as Abbots Hill) towards the church in Dorset, England. And a female shadow figure can be seen near the Quiet Woman Inn.

Every November 3rd, Lady Coleraine’s apparition has been witnessed screaming as she jumps off of a balcony at Bruce Castle in Tottenham, London, England. She is apparently attempting to escape from her possessive husband. 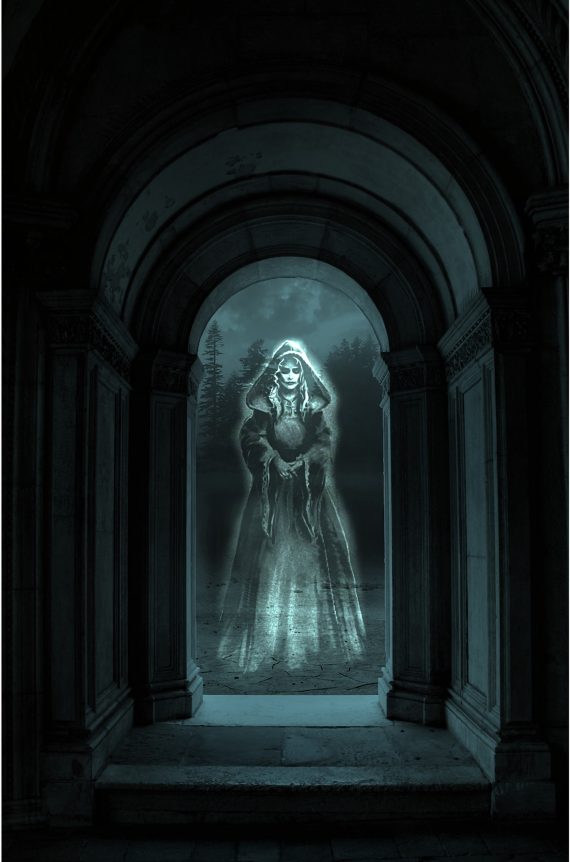 The ghost of Catherine Howard (fifth wife of King Henry VIII) can be seen silently screaming while walking towards the chapel of Hampton Court Palace in Surrey, England, on November 4th.

On November 5th, villagers in Shebbear, Devon, England, turn over a big stone that sits near an oak tree. If they don’t turn it over, ill-fortune and disaster will come upon the village. It has even been said that the Devil is trapped underneath the stone.

The ghost of Mr. Baker is seen every year on November 10th on the dirt track along Bubdown Hill in Melbury Bubb, Dorset, England (sometimes he is witnessed driving a horse and carriage). This is the anniversary that he died.

An unexplained bell is heard ringing when the sun sets on November 11th, followed by the sight of a small ghostly army at midnight that travels through the area of Thunderfield Castle in Surrey, England (possibly a former resting place for King Harold’s men).

The apparition of a gliding figure thought to be a nun has been witnessed on November 13th at the Royal National Orthopaedic Hospital in London, England (there was once a nunnery on the property). 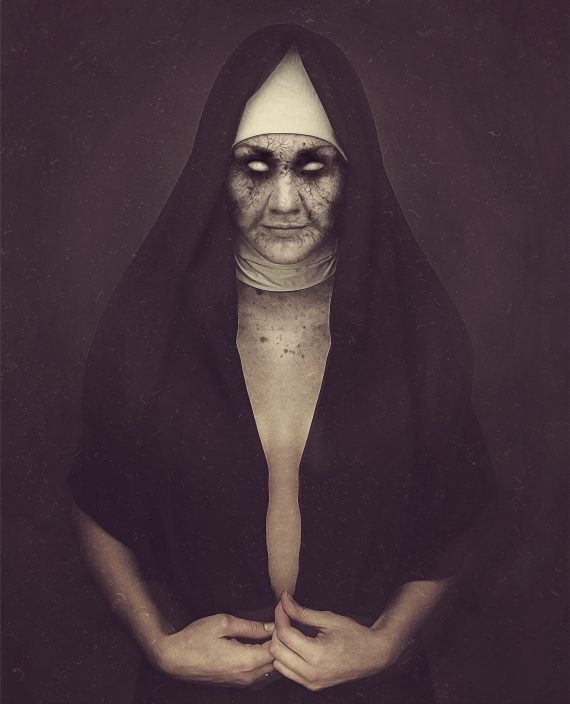 On November 24th (St. Catherine’s Eve), the ghost of Old Coles has been seen driving a coach through a village before stopping at a river so his horses can cool down near Leigh, England.

The spirit of a guard who fell asleep while on duty as well as a ghostly woman have been witnessed at Foulksrath Castle in Kilkenny, Ireland, on November 29th.

On November 30th – St. Andrew’s Day – the sounds of phantom bells can be heard on Old Church Road in Romford, London, England, at the site where a church sank into the ground.

Once a year in November (it’s unclear as to what night specifically), the spirits of a Cavalier and a Roundhead meet up and fight at Youlgreave Hall in Derbyshire, England.

A ghostly monk comes out of a wall from behind the bar at The Coopers Arms pub in Kent, England, during the late hours of one November night (the exact date is unclear). The building was once a priory where he was bricked up alive for his sins.

A full list of all the ghostly sightings each November in the United Kingdom can be seen here.

Pterosaurs Had Nothing to Fear But Baby Pterosaurs