Mercury Theater on the Air performed Orson Welles’ radio adaptation of H.G. Wells’ classic sci-fi book War of the Worlds on October 30, 1938, specifically as a Halloween special. The program was broadcast from the 20th floor of 485 Madison Avenue, and was ingeniously presented in the form of a regular show that was repeatedly interrupted by a series of disturbing and escalating news stories detailing gigantic explosions on the planet Mars that were rapidly followed by frantic reports of the landing of an alien spacecraft near the town of Grover’s Mill, New Jersey.  As the broadcast progresses, more Martian war-machines land and proceed to wreak havoc throughout the continental United States. The Secretary of the Interior informs the pain-stricken populace of the grave nature of the ever-growing conflict, and the military launches a desperate counterattack against the burgeoning Martian assault. Frantic reports describe thousands of people fleeing urban areas as the unstoppable Martians head towards New York City. “Isn’t there anyone on the air?” pleads a desperate broadcaster in suitably dramatic and chilled tones. 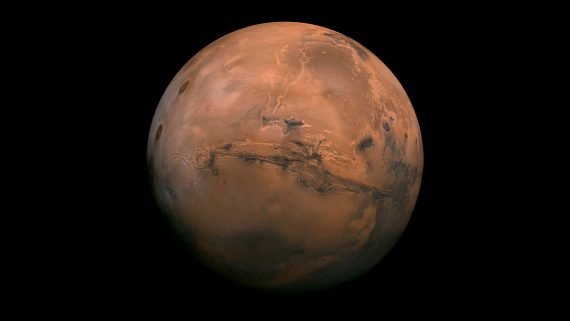 Of course, Welles had merely intended the show to be an entertaining radio rendition of War of the Worlds and nothing more. However, those listeners who were unfortunate enough to have missed the beginning of the production–in which Welles was very careful to say that the broadcast was simply a piece of fictional entertainment and absolutely nothing else–really did believe that a Martian attack on the Earth had begun, and that the end of civilization was possibly looming on the dark horizon.  Indeed, newspapers of the day stated that large-scale panic followed in the wake of the show. And although later studies suggested the hysteria was actually far less widespread than newspaper accounts initially suggested, many people were indeed caught up in the initial cosmic confusion. It has been suggested by conspiracy theorists, such as the late William Cooper, that the War of the Worlds broadcast was actually a psychological warfare experiment secretly sponsored by a secret group within the U.S. Government to try and accurately determine how the population might react to the presence of a hostile alien menace, albeit an entirely false and officially manufactured one, rather like a "War on Terror" for the X-Files generation. Although the majority of those who have studied such claims have outright dismissed them, the scenario of Government officials conspiring to unite (or, perhaps, enslave) humankind under one banner, as a result of an intergalactic alien threat, was discussed extensively in a controversial publication titled Report From Iron Mountain.

The late writer, Philip Coppens, stated: "In 1967, a major publisher, The Dial Press, released Report from Iron Mountain. The book claimed to be a suppressed, secret government report, written by a commission of scholars, known as the 'Special Study Group,' set up in 1963, with the document itself leaked by one of its members. The Group met at an underground nuclear bunker called Iron Mountain and worked over a period of two and a half years, delivering the report in September 1966. The report was an investigation into the problems that the United States would need to face if and when ‘world peace’ should be established on a more or less permanent basis." And as the Report, itself, noted: "It is surely no exaggeration to say that a condition of general world peace would lead to changes in the social structures of the nations of the world of unparalleled and revolutionary magnitude. The economic impact of general disarmament, to name only the most obvious consequence of peace, would revise the production and distribution patterns of the globe to a degree that would make the changes of the past fifty years seem insignificant. Political, sociological, cultural, and ecological changes would be equally far-reaching. What has motivated our study of these contingencies has been the growing sense of thoughtful men in and out of government that the world is totally unprepared to meet the demands of such a situation."

Upon its first appearance in 1967, Report From Iron Mountain ignited immediate and widespread debate among journalists and scholars with its disturbingly convincing conclusion: namely, that a condition of "permanent peace" at the end of the Cold War would drastically threaten the United States’ economic and social stability. Although subsequently identified as nothing more than an ingenious hoax written by Leonard Lewin, who had both conceived and launched the book with the help of a select body of players in the peace movement–including Nation editors Victor Navasky and Richard Lingeman, novelist E. L. Doctorow, and economist John Kenneth Galbraith–the controversy surrounding Report From Iron Mountain refuses to roll over and die. Long out of print, the Report suddenly began to reappear in bootlegged editions more than twenty years after its original publication, amid claims that its contents were all-too-real. Colonel Fletcher Prouty, a national security aide in the Kennedy Administration (and the model for Donald Sutherland’ character, “X” in Oliver Stone’s hit-movie JFK), continues to believe to this very day that the report is indeed authentic, and he specifically referred to it within the pages of his memoirs. Notably, in a 1992 Preface to Prouty’s memoirs, no less a person than Oliver Stone, himself, cited the Report From Iron Mountain as specifically raising "the key questions of our time."

After the book’s initial publication, it was reported that then President Lyndon B. Johnson had deep suspicions that the late President John F. Kennedy had authorized the publication of the Report. Moreover, Johnson is famously alleged to have "hit the roof" upon learning of its publication.

Penis Worms Invented the “Hermit” Lifestyle Half a Billion Years Ago