In the latter part of 1888, a deadly figure roamed the shadowy and foggy back-streets of Whitechapel, London, England by night, violently slaughtering prostitutes, and provoking terror throughout the entire capital. He quickly became – and still remains to this very day - the world’s most notorious serial-killer. He was, in case you haven’t by now guessed, Jack the Ripper. But, what makes the Ripper so infamous, more than a century after his terrible crimes were committed, is that his identity still remains a mystery. And everyone loves a mystery. So, who might Jack have been? The theories are almost endless. Indeed, no less than thirty potential suspects have been identified. They include a powerful Freemason, a surgeon, a doctor, a poet, and even a member of the British Royal Family. What follows is a list of those individuals that have had more fingers pointed at them than any others.

A doctor who specialized in abortions (which, for the numerous prostitutes of Whitechapel in the late-1800s, would have been many) Thomas Cream was someone that often surfaces in those domains in which Ripper investigators dwell. In 1881, Cream was jailed for poisoning in Illinois, USA. On his release in 1891, however, he moved to London, where his murders continued. He was hung by the neck at Newgate Prison in 1892. Legend says that Cream was literally halfway through admitting to be the Ripper when the rope snapped his neck, although it’s a claim that has yet to be vindicated. There is a problem here: Cream was in jail in the United States in 1888, the year in which the Ripper murders occurred. Or was he? Some Ripper-researchers suggest Cream bribed his way out of his U.S. prison years earlier and was secretly replaced by a lookalike. Was it all too good to be true? As with just about every suspect in the Ripper affair, the jury remains steadfastly out.

One of the strangest stories concerning the identity of Jack the Ripper revolves around a man named Alexander Pedachenko, a Russian doctor. It’s a story that has conspiratorial overtones to it, since Pedachenko, as well as being a doctor, was a member of the Okhrana. It was, essentially, a “secret police” unit, one that was focused on fighting terrorists and revolutionary types. The story that links Pedachenko to Jack the Ripper’s murderous spree in Whitehall sounds unlikely, but is nonetheless thought-provoking. Supposedly, Pedachenko, working secretly with two colleagues, went on homicidal rampages around London’s East End. According to the strange and controversial story, Pedachenko embarked on the mad killing-spree with one specific goal in mind. It was his plan to try and make the finest minds of Scotland Yard look foolish and lacking in credibility - due to the fact that they were unable to solve the crimes. That the story was supposed to have surfaced from Rasputin - the famous healer, mystic, and “Mad Monk” that had an unrelenting hold on the Russian Royal Family - only made matters even more controversial. 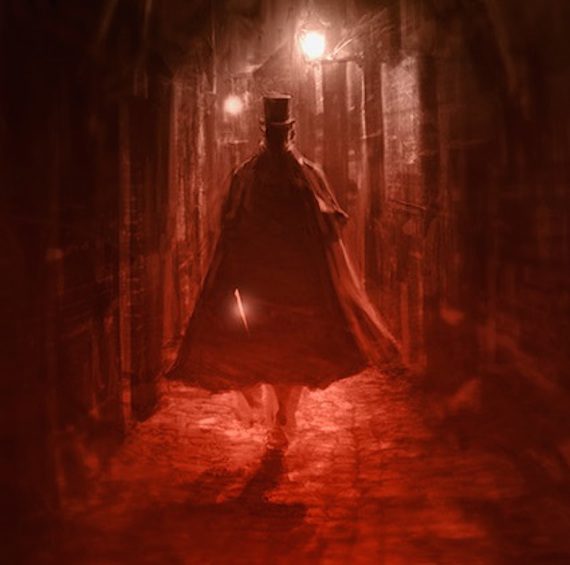 On New Year’s Eve, 1888, the body of Montague John Druitt was hauled out of the River Thames. A barrister, one who also doubled as an assistant, school-master, and someone who was born in Dorsett, England, Druitt was suspected by Assistant Chief Constable Sir Melville Macnaghten of being Jack the Ripper. Macnaghten was no fool: he rose to the position of Assistant Commissioner of the London Metropolitan Police. It is a fact that mental illness ran through the Druitt family: both his mother and grandmother were deranged souls. There was also talk that Druitt had taken his life for fear that word might get out that he was homosexual. That the Ripper murders ceased after Druitt’s suicide only served to amplify the theory that he was the killer. For example, in his 1906 book, The Mysteries of Modern London, poet and novelist George Robert Sims wrote that the Ripper had avoided the gallows by throwing himself into the Thames just after the Ripper murders ended – which is exactly what Druitt did. A near-identical statement was made by Sir John Moylan, the Home Office’s Under-Secretary of State. If Druitt was Jack the Ripper, then he took with him to the grave the secrets of his homicidal, double-life.