Ever since the original “Star Trek” series, transporting or teleporting humans from one place to another gets all of the love and attention, but psychics, parapsychologists and ghost hunters claim to encounter a version more mundane but still interesting – ‘apporting’ or the alleged paranormal transference of an article from one place to another, generally by a poltergeist. While often proven to be a hoax or magic trick, claims of apporting are still frequent – one was reported recently in Scotland to explain the appearance of an old bible in an attic. Real, trick or something else?

“We had no idea who it belonged to or where it came from as we have lived in the house for 24 years and are up and down in the loft regularly and both had never seen it before."

Can you walk past something regularly for 24 years and not see it? This sounds like a reverse Mandella effect (when a large group of people claim to see something that doesn’t exist or didn’t happen), but that’s what Yvonne and Alex Hydes claimed to The Daily Record about a mysterious old bible in their attic. Before you start emailing defenses like how you walked past a restaurant for 30 years without realizing it was there, Yvonne is someone who SHOULD have noticed something strange – she’s a paranormal investigator and events manager for The Scottish Ghost Company in Glasgow. In a move many married couples can relate to, she first blamed her husband, who said he had no idea where the old bible came from. 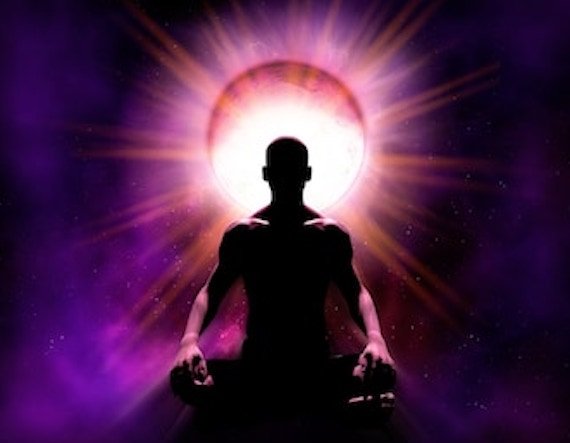 Upon opening the bible, Yvonne found it appeared to have been used as a diary by a prisoner of war named Robert Litterick who apparently had been held at Germany’s M Stammlager IV in World War II. (Photos of the bible and pertinent pages here.) That prompted her to call her grandmother who had been associated with the British Legion, a charity which provided aid to veterans and their families. When her grandmother had no ideas, she took the bible to David McCabe, the lead medium at The Scottish Ghost Company. McCabe remembered that a few months before the bible appeared, he and Yvonne had been on an investigation in Ayrshire, about 50 miles from Glasgow, where their spirit box appeared to pick up the voice of a ghost claiming to be a soldier. Bingo! (Or whatever British mediums say when they think they’ve solved a mystery.)

"I believe that this is a classic example of an 'Apport' - which is where an object disappears from one location and reappears in another. I think the original owner of the Bible was a resident at a derelict building that we investigated. Having figured out who we were and him wanting his family to have his Bible, he decided to make it appear in Yvonne's loft, knowing she would come across it."

Apporting is traditionally associated with the ‘spiritualism’ age of the 1800s and early 1900s when mediums allegedly brought or delivered things (the French definition of ‘apport’) from spirits to their loved ones at seances. The practice was never duplicated under scientific scrutiny, and it went the way of the many forms of trickery practiced in seances. Today, the term is used for explaining objects that appear to have been moved from one place to another in a room or building by a poltergeist who may want residents or investigators to find something they don’t know about or missed in their search. That sounds like what McCabe is implying, so Yvonne Hydes told The Daily Record she’s looking for the family of Robert Litterick to return the bible and perhaps figure out how – other than apportation – it might have ended up in her attic.

Will this prove apportation? Let’s hope the Hydes share their findings.

A Very Weird Mysterious Vanishing and Death in Poland