TikTok is the home of influencers and time travelers, but those groups may soon have to make room for a new collection of unusual people – timeline shifters who change dimensions while taking a shower. Really! And they’re willing to share the skill with the public. Will this cause a massive exodus from our dimensions or just a massive water shortage?

“The easiest way to skip timelines is to find a portal. So sometimes I’ll script or I’ll envision in my mind the timeline, and as I’m in the water I’m shutting the old timeline. When the water stops I’m stepping out into the timeline.”

Timeline shifter Kady Rox goes by @kadyroxz on TikTok and goes from dimension to dimension on a wet shower floor … although that’s not how her first timeline shift occurred. She claims via TikTok she was on a school trip to France in 2017 and flew home with her classmates … except they remember her missing the flight and flying home on a later one without them – meeting up at their destination airport to catch a taxi home. While most people might blame this on nerves, homesickness, drugs or French cuisine, Rox came to a different conclusion – she made the trip in a separate dimension via transtemporal travel. How she did this – or even came to the conclusion – isn’t explained, but that never stopped a good TikTok influencer. 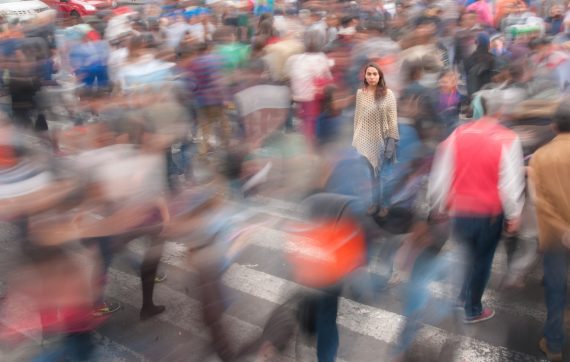 Hold on a minute! This sounds familiar!

If you’re thinking this sounds similar to “WandaVision,” the popular Marvel time travel miniseries, you’re right. If you think it kind of sounds like the adventures of Javier – a.k.a. @unicosobreviviente or the Lone Survivor – who claims via TikTok videos he has traveled to 2027 but in another dimension where he’s the only person left on Earth, you’re right there too. If you think there are hundreds of thousands of people on TikTok who want to learn how to timeline shift out of their current situation for whatever reason – you hit a “you’re right” hat trick.

Those timeline shifting tips come from TikTok Master Manifester Marian Valenza – a “Money, Mindset & Manifestation” maven who may or may not have taught Rox how to timeline shift on command but definitely has some interesting ideas on things to do in the shower. Valenza’s sounds more like a lucid dreaming coach, while Rox’s TikTok timeline shifting tale generated enough views that it convinced her to keep it going – as a good influencer should. If only she provided some evidence.

Getting back to Jason (remember the Lone Survivor?), he claimed he had no idea how he shifted into 2027 in a different dimension, but this could be his solution to getting back – hot water, soap and positive thinking.

Does any of this sound like it actually works? We’ll know if people start disappearing and all that is left is a cold running shower.