Mysterious Photographs and the Bizarre Vanishing of Tara Calico

19-year-old Tara Calico was just a normal teenage girl living in Balen, New Mexico and a sophomore at the University of New Mexico. She also took daily bike rides, always along the same route along New Mexico State Road 47, sometimes along with her mother, Patty Doel, and nothing was ever particularly ominous about it all until 1988, when her mother felt that they were sometimes being followed and even stalked by a motorist. It was so upsetting to Doel that she even advised Tara to carry mace with her just in case, but her daughter laughed it off. It is unclear what this all has to do with the dark series of events that was about to unfold, but one day Tara would head out on her bike ride and into a grim mystery that has never been solved,

On September 20, 1988, Tara left her home at 9:30 a.m. to go on one of her routine bike ride as usual. On this morning she was in good spirits when she left and showed no signs of anything amiss. She told her mother to come looking for her if she did not return by noon, but there was no reason to think that anything would go wrong, despite the fact that Doel was still a bit nervous about the motorist she suspected had been stalking them. In fact, Tara didn’t say any of this so much because she thought she was in any potential danger, but rather because she was worried she would lose track of time and miss an appointment she had with her boyfriend to play tennis later at 12:30. However, it would soon prove to be a rather spookily prophetic thing to say in retrospect on this occasion.

Indeed, she did not return by noon, and when her mother went to drive around and see if she was just late, Tara was nowhere to be found, and when police were notified, they found the cassette tape Tara had been listening to and broken shards of her Walkman lying on the ground lost alongside the highway. There were also footprints around the location where the cassette was found, along with a vehicle's tire tracks and an oil slick. It would turn out that several witnesses had seen Tara riding her bicycle listening to music, but that she hadn’t seemed to have been in any particular distress. However, some witnesses claimed that they had seen a light colored 1953 Ford pickup with a camper shell driving behind her, at around 11:30 a.m., but it was unclear if this had anything to do with the disappearance, whether they were just friends of hers, or were just simply some people harmlessly passing by, and no one had actually seen her have an altercation with or get abducted by anyone.

At the time it was not immediately thought that she had been kidnapped or met with any foul play, as there was no strong evidence for it, and it was suspected that she may have just run away, yet according to her family she had never shown any desire to do such a thing and had had no reason to escape her life. However, the grim possibility that she had been taken by someone was certainly there overhanging everything, and the broken Walkman was a potential clue for this. Despite looking into every lead and scant piece of evidence they could find, authorities were not able to track Tara down, and the case went ice cold, that is, until a rather chilling discovery was made in June of 1989.

On June 15, 1989, a woman in Port St. Joe, Florida, about 1,600 miles from New Mexico, found a rather sinister polaroid photograph lying discarded in a grocery store parking lot off of Route 98. The disturbing photograph showed a young woman and a boy on bedsheets in what seems to be perhaps the back of a van or other large vehicle, with their hands apparently bound and duct tape over their mouths as they stare blankly at the camera, their eyes giving nothing away but fear. Beside the woman can be seen a copy of the novel My Sweet Audrina, by V.C. Andrews, who it was found to have been Tara’s favorite author. Although their faces are rather obscured by the tape, the woman bore a striking resemblance to the missing Tara Calico, and when Tara’s mother saw it she became certain that it was her daughter, especially considering that there was some discoloration seen on the woman’s leg that matched up with a scar on Tara’s own leg. That, plus the presence of the book, strongly suggested that this was a picture of the missing woman, and that she was in deep trouble. One mystery was just who the boy in the photograph could possibly be, although there was speculation that it could have been Michael Henley, a nine-year old who had vanished on a New Mexico camping trip the previous year. 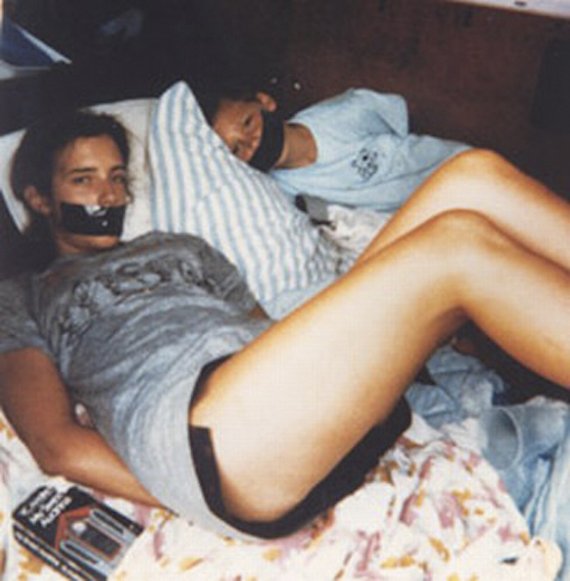 The woman who had found the photograph claimed that is had been lying in a parking space where a white windowless Toyota cargo van had been parked, driven by a man with a mustache who appeared to be in his 30s. Taking this as a strong lead, roadblocks were set up in the area, and numerous potential witnesses were questioned, but this led nowhere and no one was ever apprehended. The macabre case captured the imagination of the public, and as authorities pored over the photograph and any clues or leads they could find within it, the case was featured widely in the media and on various TV shows such as America’s Most Wanted and A Current Affair, which generated a massive amount of tips but none of them led anywhere. In the meantime, speculation swarmed around the case. Many strongly believed the woman in the photograph to indeed be the missing Tara, suggesting that she had been abducted, although the perpetrator and their motives remained an enigma. Yet it was not known for sure, nor was it known whether she was even still alive or not. Different authorities could not even seem to agree with whether the woman in the photograph was Tara Calico at all, with Scotland Yard asserting it was, yet an analysis by the Los Alamos National Laboratory challenging this assertion and yet another analysis by the FBI proving inconclusive. Tara’s mother continued to insist that it was definitely her missing daughter. What was going on here?

One thing that would soon become obvious was that the boy in the photograph was not Henley, as originally suspected. His remains would be found in 1990, near the campsite where he had originally disappeared. Michael’s parents and relatives had previously also been sure that it was their son in the photo, but an autopsy would show that he had died of exposure in the outdoors, and had showed no signs of having been abducted, leading investigators to consider it highly unlikely that he could have possibly been the boy in the mysterious photo. So, who was the boy in the photo? Nevertheless, Tara’s mother and many investigators including detectives from the Scotland Yard Police Department in the United Kingdom were convinced without a doubt that it was her in the picture, although this is still disputed to this day and unknown. The weirdness doesn’t even stop there.

Over the next few months there would be two other photographs with a young woman resembling Tara, gagged and bound, that would turn up, one found near a construction site in Montecito, California showing a gagged woman in a vehicle, and another showing "a woman loosely bound in gauze, her eyes covered with more gauze and large black-framed glasses", with a male passenger beside her on an Amtrak train, but these would never be publicly released. In 2009 there were also several letters sent to the Port St. Joe police chief, David Barnes, depicting an original image of the boy printed on copy paper, plus an image of a young boy with sandy brown hair onto which someone had drawn a black band in ink on the photo over the boy's mouth, as if it were covered in tape as in the 1989 picture. What these weird clues mean is anyone’s guess. 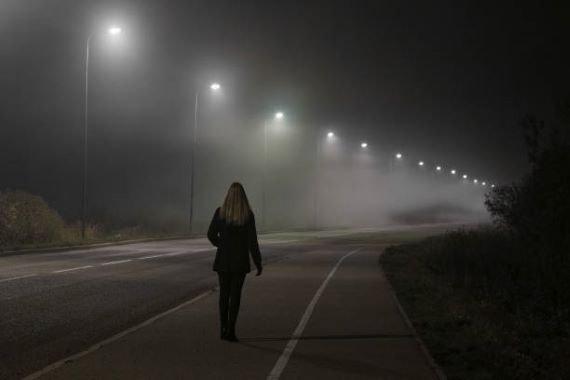 There have been all sorts of theories as to what went on here. One is that Tara was killed the day she disappeared when a local resident accidentally hit her with their truck and disposed of her body. In this scenario, she was murdered by a man named Lawrence Romero Jr. This came from testimony from a man named Henry Brown, who made a deathbed confession to police saying that, shortly after her disappearance, he had been in Romero’s basement and spied what appeared to be a young woman's body wrapped in a blue tarp. Romero, a man named Dave Silva, and another man with red hair allegedly told Henry that the body was Tara's and that they had accidentally hit her with their truck, then raped and killed her. However, no evidence was ever uncovered to substantiate these claims. There is also the idea that she was kidnapped and sold into a sex trafficking ring, and another theory was that the whole thing was even a sick prank that Tara was perhaps even in on, but why would she do such a thing, and if it was just a practical joke then where did she go and how does any of this explain that picture? Also, the picture looks very authentic and besides the striking physical similarities it does look like the two are under severe duress. Whoever the people in the photo are, they look legitimately scared for their lives, and one Gulf County sheriff by the name of Joel Nugent would say of this:

It obviously is two kids with terror written all over them. It’s kind of a bad time when you have to look at something like that…. No one knows for sure if the picture was a set up. Some people think it was a staged photograph, but it was a real look of fear to me.

Also muddying the waters are some leads that later came in suggesting that Tara had been perhaps hit by a car either intentionally or accidentally, after which the startled occupants of the vehicle had disposed of her body, and this would mean that it couldn’t have been her in the polaroid. In the end no one knows. Tara’s body has never been found and she has never been seen again. It is not known what happened to her or even if it was really her in the photograph, and the case has left authorities baffled ever since. Eerily, among the many questions surrounding the case is who are the people in the photo really? Is that really Tara, and even if it is what was happening to her and what became of her? If not, who is she? Also, if that boy is not Michael Henley, then who is it? No one knows, and to this day the case remains a profound mystery.

The Real Versions of the Walking Dead?