A newly named ancient species that lived over half a million years ago might have been a direct ancestor of modern humans. Scientists have officially named this ancient species Homo bodoensis.

Several human bones dating back between 774,000 and 129,000 years ago during the Middle Pleistocene Period (also known as the Chibanian period) were analyzed by researchers. This was a time in human evolution that is a little foggy to experts and has even been described as “the muddle in the middle” by paleoanthropologists.

Human fossils from that time period have normally been categorized as belonging to either the Homo heidelbergensis or Homo rhodesiensis species. The problem with that was they had characteristics that often contradicted each other. For example, DNA analysis has recently confirmed that several bones found in Europe that were categorized as being Homo heidelbergensis were in fact from Neanderthals.

The same thing happened with DNA analysis of numerous fossils in East Asia that were identified as being Homo heidelbergensis. Several of their facial and other features were quite different than the ones seen on the European and African bones from the same time period. The Homo rhodesiensis species was also poorly categorized.

The researchers recently analyzed a skull dating back about 600,000 years that was discovered in Bodo D'ar, Ethiopia, back in 1976, and it has been identified as being a new species that they named Homo bodoensis. Interestingly, this new species has been identified in numerous ancient fossils that were previously categorized as being either Homo heidelbergensis or Homo rhodesiensis.

Since the majority of ancient bones discovered in Africa and the Eastern Mediterranean from the Chibanian period will be reclassified as being Homo bodoensis, many more of the fossils found in Europe from the time period will be re-identified as being Neanderthals, although the researchers will study the remains to see if there are any belonging to Homo bodoensis. This means that the Homo heidelbergensis and Homo rhodesiensis names will no longer be used. As for the Chibanian remains from East Asia, they might receive their own names but more research needs to be conducted before that happens. 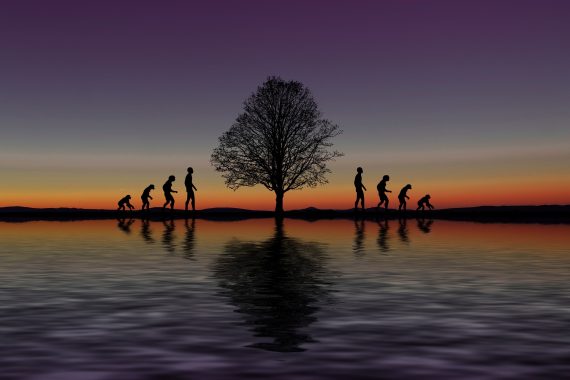 The experts then went a step further and suggested that this newly identified species was a direct ancestor of Homo sapiens. They would have come from a different branch of the human family tree than where Neanderthals and Denisovans came from. The study was published in the journal Evolutionary Anthropology: Issues, News, and Reviews.

An image of what Homo bodoensis may have looked like can be seen here.

Three Different Strange and Sinister Phenomena: But They All Look the Same