‘Oumuamua is Not a Nitrogen Iceberg – So What is it?

The mysterious cigar-shaped interstellar object named ‘Oumuamua has baffled experts since it was first seen speeding through our Solar System back in October of 2017. There are numerous theories as to what it is, such as a comet, asteroid, dust bunny, alien technology, a hydrogen iceberg, and part of a Pluto-like planet.

In regards to the Pluto-like planet theory, researchers claimed that the mysterious object may have contained solid nitrogen because its body was shiny and reflective. Since Pluto and Saturn’s moon Titan both have some nitrogen ice, the experts theorized that ‘Oumuamua may have been a broken piece of a Pluto-like planet from a different solar system. But a new study by two astrophysicists seems to debunk that hypothesis. 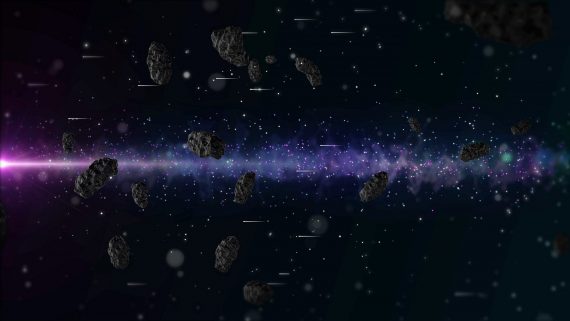 According to Harvard astrophysicists Amir Siraj and Avi Loeb, based on the size of ‘Oumuamua, it couldn’t be a nitrogen iceberg as there isn’t enough nitrogen to make an object that large – it has an estimated length of between 1,300 and 2,600 feet (400 to 800 meters), and between 115 and 548 feet in width (35 to 167 meters).

In fact, they claim that there isn’t enough nitrogen ice in the entire universe to create an object the size of ‘Oumuamua. The astrophysicists even went a step further and calculated how much mass Pluto-like exoplanets would need to have in order to make a nitrogen iceberg the same size as ‘Oumuamua and they found that the planets would need to have a mass greater than their stars and over twice the mass that would be required to create all of the planets in our own Solar System. “But that's crazy,” Siraj noted, adding, “It's preposterous.”

Siraj and Loeb’s study was published in the journal New Astronomy where it can be read in full.

But Steven Desch and Alan Jackson, who are the two astrophysicists from Arizona State University’s School of Earth and Space Exploration who conducted the original study about the ‘Oumuamua coming from a piece of a Pluto-like planet, are not convinced that Siraj and Loeb debunked their theory.

In an email to Live Science, Desch stated, “Siraj and Loeb did not find that we made a mistake, and so they should have accepted the numbers we got.” “Instead, they attempted their own back-of-the-envelope calculation and made a great number of approximations and estimates, and came up with different numbers that they say aren't favorable.” “They are attempting to manufacture controversy when none exists.”

So, what exactly is ‘Oumuamua? The mystery regarding the unexplained interstellar object continues...