One of the big questions most people ask when pondering the existence of Bigfoot is why no one has ever found verifiable bones, skins, corpses or other remains of them after they die. There are various answers given – they decompose deep in the forest before they can be found (this is somewhat true in the case of bears), they are eaten by scavengers (although not all scavengers eat bones), they die in another dimension or are taken to another planet (from those who believe the creature is not of Earth), they are cannibals (still tough to get rid of those bones), they bury their dead like humans. That last one came up in the Bigfoot news feed this week when a well-known Bigfoot researcher posted photographs of what he said could be Bigfoot graves because they were found in an area where he has had encounters. Is this real reason for no Bigfoot bones? Yes, he answers your question about digging. 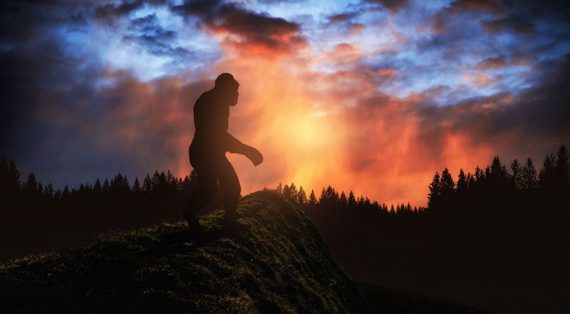 “As I said there has been times while out hiking, exploring or conducting bigfoot research that I have found or came across what appears to be a grave of some sort. Many years ago, we came across one while logging way back in the head of a hollow. We didn't take pictures and of course didn't disturb it. This was many years ago but over the last 8-10 years I have found similar humps of dirt in places that are in the middle of nowhere.”

Thomas Marcum is the founder of the Crypto Crew cryptozoology and paranormal research organization and the author of Understanding Bigfoot: Helpful Information and Answers to Common Questions. He was in the news earlier this year with his discovery of a cave in Kentucky with large and unusual humanoid tracks at its entrance. The cave was near where he found unusual broken branches while hunting for American ginseng. This week, Marcum revealed pictures of mounds he has found on multiple expeditions – mounds he says could be Bigfoot graves.

“This photograph shows a large mount of dirt and rocks. It is also the one used at the top of the post. There are actually two of these that are probably 30-40 feet apart.”

“This hump of dirt resembles a grave more than many of the others ones I have found.”

Marcum is a photographer and is very good about bringing back pictures of his discoveries. In the article accompanying these photos (you can see them here), he explains that these are just some of the many unusual mounds he’s found in areas, most likely in Kentucky, where there have been Bigfoot sightings or evidence found. His suspicion that these mounds might be Bigfoot graves comes from the fact that they’re often found in groups and they’re much larger than human burial mounds. However, he’s quick to point out that he’s not saying these are Bigfoot graves and he’s done any digging in the mounds in order to not desecrate them if they were. He also explains why he keeps these locations secret:

“The reason many of us do not share these types of things, or give exact details, is that we know old "Joe Blow" would want to go "dig it up". If and I say IF a possible unknown grave was to be dug into and the remains exhumed, it would need to be done by experts with the proper authority. You would want to preserve all that you could of the remains.” 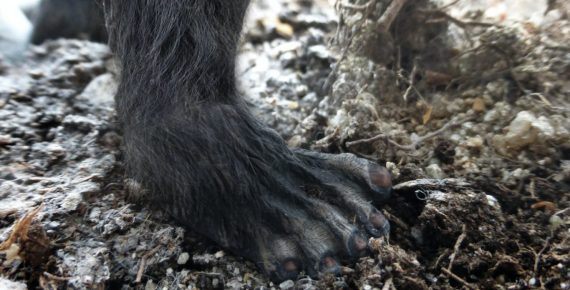 Good point. However, there are a number of respected scientists in the U.S. who could be called in to inspect these mounds and identify what they really are. Just think what a story that would be – physical verification that Bigfoot exists and that the species buries its dead like humans do.

Could this be done without old Joe Blow (you know who you are) messing things up? Will it be done? Do they look like Bigfoot graves to you?

Time Travel: Not What Many Might Think That It Is