How do you know if a shapeshifting Reptilian has been in your house while you were out? Footprints might be a good hint … especially if they’re 10 inches (25 cm) long and have odd abnormal toes. The fact that the footprints seem to appear and disappear would be another clue … especially if the doors were locked, the windows barred, and no one was inside the residence. Welcome to the twilight zone of Adrián Escalante, a resident of Caracas, Venezuela, who seems to have had a close encounter with a Reptilian.

“Reptilians among us?: A strange footprint appears in a house in Caracas.” (Google translation)

Hector Escalante, a well-known South American UFO researcher and journalist, revealed the account told to him by Adrián Escalante on Instagram. The incident took place on November 6, 2021, in a house in the center of Caracas. Adrián Escalante told him the prints (images here) were found on the second floor – an unusual place that would have led one to look for prints on the stairs, at the door, near a window and outside. Hector Escalante is a thorough investigator and checked all of those places … and found no other prints. The only two prints in the house were the 10-inch ones made of dark mud that had already dried by the time he saw them. Did this creature arrive while it was raining? 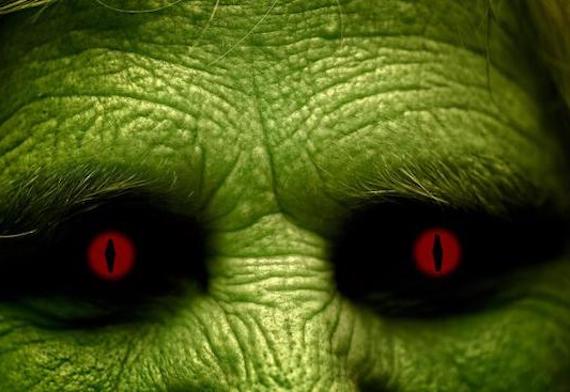 "It hadn't rained, therefore, it was impossible for someone to have stepped on the swamp on the street and left those marks."

Venezuela has had its share of Chupacabra sightings, but Hector Escalante doesn’t seem to think that’s what made these prints. The country has a bigfoot-like creature called the Mono Grande but these don’t look like humanoid or primate prints. The closest cryptid might be the giant caiman, which is said to resemble a regular 16-foot caiman but grows up to three times as large and is capable of crushing boats and swallowing humans whole. A beast of that size would have left a path of destruction in a house, so that gets ruled out too.

“A practical joke, large animal, interdimensional entities of a reptilian nature? You decide. “

Hector Escalante throws “interdimensional entities of a reptilian nature” into the realm of possibilities … because there’s nothing else to blame other than a hoax. Could a Reptilian have entered the house of Adrián Escalante? If so … why? Caracas is the capital of Venezuela and has had major political problems for years. Could the Reptilians be causing them?

Unfortunately, that’s all the data provided by Hector Escalante on the mysterious reptile-like footprints found in Caracas. If it was a hoax, it was impressively executed. If it was a Reptilian … let’s hope Hector keeps an eye on the situation and keeps us informed.

Military Conspiracies and the Strange Death of Chad Langford