Sprawled out over four counties and covering an area of around 759,620 acres (1,187 sq. mi; 3,074 km2) of wilderness in the Sierra Nevada mountains of California is the world-famous Yosemite National Park. With its myriad mountains, lakes, glaciers, granite cliffs, meadows, canyons, rare geological formations, diverse forests, and waterfalls, it is a biodiversity hotspot, with many species of flora and fauna, many unique to the region, that attracts droves of visitors from all over the world. For the millions of tourists who visit every year, the trip will be a magnificent nature experience full of grandeur and pristine vistas, but for some it will be different, for Yosemite National Park also seems to sometimes pull people in to never return.

In July of 1981, 14-year-old Stacey Arras, along with her father and a group of seven others, went on a horseback riding trip to Yosemite National Park. Their destination was the picturesque Sunrise Meadows area, where on July 25 they stopped to rest at a place called Sunrise High Sierra Camp, where there were accommodations at nine cabins situated along the rugged fifty-mile High Sierra Camp Loop at an altitude of around 9,400 feet above sea level. They rented a scenic cabin for the night and Stacey put her things in her room and headed off on a short walk in the general vicinity, not planning to go far. Little did anyone know that this was the last anyone would ever see of her.

During her walk, she went to talk with older member of the group named Gerald Stuart, who she saw sitting on a log not far away. She was seen to go up to Gerald and talk with him and take some photos of the surrounding wilderness, and then Gerald would later explain that she had told him she would take a walk to a nearby lake. He offered to join them and the two walked along surrounded by the peaceful serenity of the area before Gerald got tired and sat down to take a breather. Stacey told him she would explore ahead a bit and be right back. At the time, others in the group were watching Stacey and Gerald, they watched her walk off casually and go behind some trees, but she never did come back.

After some time passed with no sign of her, the group at camp ventured out to see what was going on, but they found no sign of her. When they called out to her and got no response and talked to others on the trail who claimed to have not seen her, authorities were notified and a more intensive search was launched. The search involved hundreds of people, sniffer dogs, and aircraft, but there was no sign of Stacey Arras at all except for the lens of her camera eerily sitting out beside the trail. There was no sign of any struggle along the trail, no evidence of an animal attack, and since this was all on easy terrain right next to camp it was seen as unlikely that she would have gotten lost within seconds like that. It was as if she had just evaporated into thin air. It is unknown just what happened to Stacey Arras and she has not been seen since.

Another strange vanishing happened in August of 2000, when on August 14 a woman named Ruthanne Ruppert came into the Yosemite Medical Clinic in the Curry Village area to be treated for an eye infection around her prosthetic eye. After that, she told everyone she was going for a short hike in the Yosemite Falls area and headed off at a bit after noon. She went off in good spirits but would never be seen again. When she did not return, a massive search was carried out, but not a single trace of her was found. It would not be until 2008 that her backpack would be stumbled upon in a place called the Fireplace Creek drainage, which was an area that had already been meticulously searched, but no other sign of her has ever been found. What happened to her? No one has a clue. 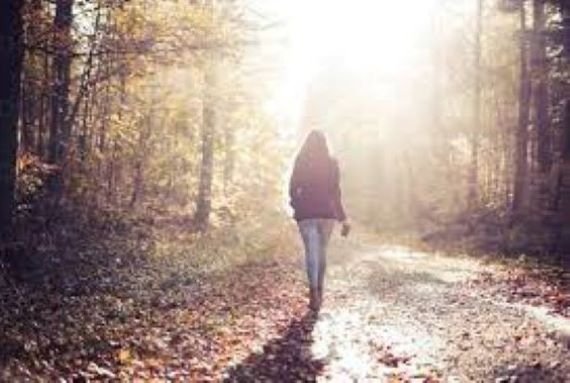 On June 15, 2005, 51-year-old Michael Allen Ficery headed out on a solo hike along the north side of the Hetch Hetchy Reservoir. He was an experienced hiker and outdoorsman, with over 30 years hiking in wilderness areas, and his route was to be a hike from Hetch Hetchy Reservoir, through Rancheria Falls, Tiltill Mountain, Lake Vernon, to return back to the Hetch Hetchy. He went out along the relatively hike, oddly deciding to continue along an unplanned trail, but never returned. When he had still not been seen by the 19th, authorities were notified and his car was found parked at the trail parking lot. A search was carried out but all that could be found was his backpack near Tiltill Mountain just off the trail by the snow line. Dogs were brought in to look for a trail but could find nothing, and there was an eerie void of any clues. Ficery, nor any sign of him, have been seen since.

Moving along into later years we have the strange vanishing of 30-year-old George Penca, who on June 17, 2011 went out on hike at the Upper Yosemite Falls while on an excursion with 80 people on a church getaway. At the time, George was with a group of about 20 other hikers, but at some point, he seems to have been separated from the others, although no one can seem to remember when exactly this was. What we do know is that he never rejoined them, and when a search was launched there was no sign of him found. In this case, not a single scrap of clothing, backpack, or any other equipment was ever found, and it remains a puzzling enigma. 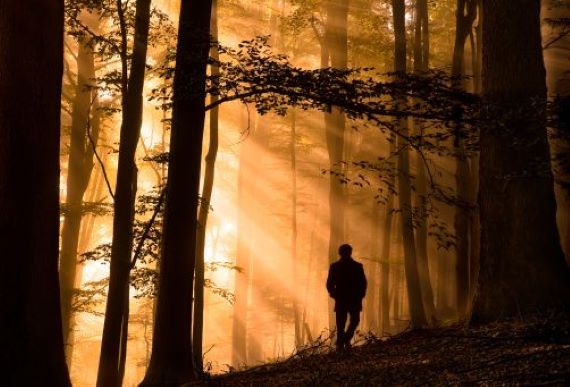 Lastly, we have the case of 41-year-old Max Schweitzer, who was apparently a Clandestine Analyst at the U.S. Department of Homeland security, and whether this had anything do with his strange disappearance or not, it is an odd detail. In January of 2018, Max apparently parked his car at Camp 4 and then disappeared off of the face of the earth. The missing man was said to have had some altercations with law enforcement over the years, including ransacking an FBI lobby in 2005 and giving threats to people in 2016, and it has been considered that this may have had something to do with his vanishing. All we know is that he was last seen hiking off into the woods wearing a sweatshirt, shorts, and a dark-colored backpack, but after this he has just vanished and never been seen again.

These have just been a selection of some of the sudden and inexplicable vanishings from Yosemite National Park, but there are plenty more where these come from, and we are left to ask why this might be. Why is Yosemite so hungry for people and how do they so totally disappear? Is this wild animal attacks, foul play, or something altogether more mysterious? No one really knows, and it all serves to add to the lore of strange disappearances that will probably never be solved.