The Great (Ape) Debate: The Question of Sasquatch, Its Identity, and Origins

For centuries there have been accounts published in books, newspapers, letters, and in other mediums that recount tales of human-like creatures in the Pacific Northwest and other parts of North America.

One of the most famous early accounts of these creatures appears in the letters of missionary Elkanah Walker, who talked about a “race of giants” the Spokane Indians told him existed in the high mountain ranges of the Pacific coastal states.

“Bear with me if I trouble you with a little of [the Spokane’s] superstitions,” Walker wrote in a now-famous letter from 1840. “They believe in a race of giants, which inhabit a certain mountain off to the west of us. This mountain is covered with perpetual snow. They (the creatures) inhabit the snow peaks. They hunt and do all their work at night.”

“They are men stealers,” Walker added cryptically, noting that these giants were said to come into the villages at night, where they would occasionally take people “and put them under their skins and to their place of abode without even waking.”

“Their track is a foot and a half long,” Walker wrote of the giant footprints famously associated with the creatures.  In addition to the theft of salmon during fishing season, Walker explained that “It is not uncommon for them to come in the night and give three whistles and then the stones will begin to hit their houses.” 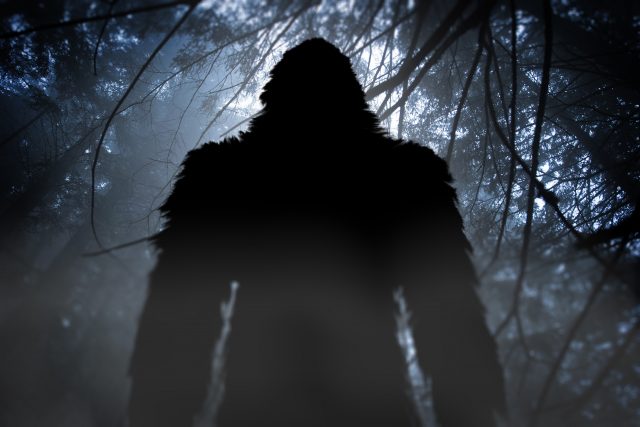 Virtually all the tropes associated with the modern idea of Sasquatch had been present in Walker’s original nineteenth-century account, from stone-throwing and whistling to the large footprints left by the creatures. Curiously absent, perhaps, had been one of their most identifying traits: their hairy appearance, which is often likened to resembling a bear.

Regardless, Walker’s account, and others like it that include references that appeared in the writings of geologist and ethnologist George Gibbs, do appear to suggest that Indigenous Americans had seemed to be aware of the existence of large, humanlike creatures in the Pacific Northwest prior to the beginning of the 20th century.

Despite this, many still view the idea of Sasquatch or Bigfoot as a “modern” phenomenon, with roots that go no further back than the 1920s in articles by Canadian writer J.W. Burns. One of the reasons for this stigma seems to be based on the idea that if anything as large as Sasquatch existed, there is simply no way that we wouldn’t have recovered a specimen by now.

Curiously, this argument has gained favor among a diverse array of different camps in the debate over the existence of Sasquatch. Among hardcore skeptics, the lack of physical evidence remains one of the best arguments against their existence. Meanwhile, among proponents of paranormal theories about Sasquatch, the same fundamental observation has been proposed as evidence that the creatures may not be just simple, flesh and blood organisms, but instead something much more complex. 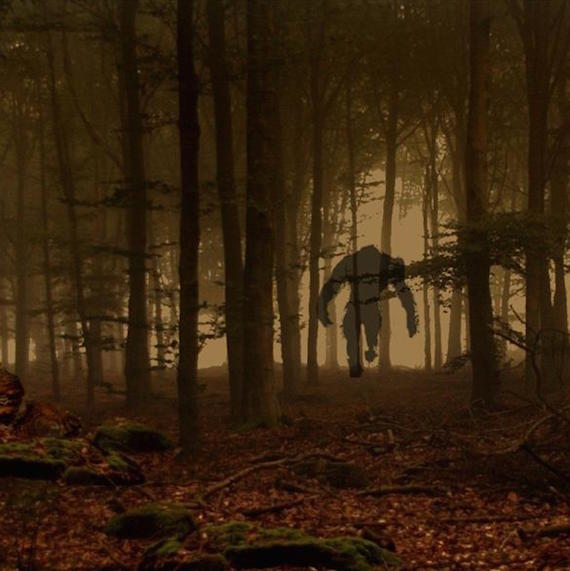 Stuck between these opposing ends of the belief vs skepticism spectrum are the those who feel the creature could have somehow beaten all odds and evaded scientific discovery, while still possessing no incredible abilities or anything akin to the “paranormal” qualities many have ascribed to them over the years. Sasquatch, in other words, is just another animal… albeit one that is very similar to other extant great apes, and to humans.

As logical as this “middle” position appears to be, it is actually one of the most difficult arguments to defend when it comes to the debate over Sasquatch. Sure, proposing that the creatures are simply an undiscovered life form here on Earth doesn’t require any far-out speculations or paranormal theories. However, it runs into the problem of accounting for how any living organism in North America—especially a very large one—could have gone unnoticed for so long.

So, does this strengthen the “paranormal” argument as an alternative? Maybe not, and if anything, it helps show why paranormal ideas about Sasquatch are actually harder to rely on in terms of explaining how the creatures could exist. Attributing paranormal abilities to the creatures relies almost entirely on unproven speculation; if explaining how a large animal species in America could remain so well hidden seems difficult, then good luck trying to find a way to work out the details behind any one of the following alternatives:

In short, nothing about the debate over Sasquatch and its existence is simple, and those who count ourselves as proponents of them being nothing more than an undiscovered primate species (yes, this is the camp which I count myself as being a part of) have a difficult time accounting for the lack of physical evidence.

And yet, there are still the troves of eyewitness sightings from throughout the decades. Complimenting the sightings are historical accounts like those of Elkanah Walker, going far enough back in time to suggest that there had been existing traditional beliefs among indigenous Americans before Europeans arrived, and long before Sasquatch became the media phenomenon that it is today.

What all of this represents is anybody’s guess, but at the end of the day, it does seem hard to think that there isn’t at least something to it all. Of course, until a body is found, or some other incontrovertible physical evidence finally turns up, the competing theories will remain in the mix; and hence the debate over Sasquatch, its identity, and what its origins could be will no doubt rage on.