The Puzzling Sea Vanishing of the Movie Star Marie Empress

Although today she is largely forgotten, in her era the British singer, dancer and actress Marie Empress had quite a bit of fame. Born Mary Ann Louisa Taylor in 1884 in Birmingham, England, she got her start in vaudeville, before moving on to cabarets, musicals, stage performances, and finally motion pictures, appearing in numerous silent films. Mostly known for her beauty rather than talent, often called “the most beautiful woman in pictures,” she played mostly lurid seductress vamp characters, often billed as “The Great Vampire”, “The Sublime Vampire”, and “The Sublime Vampire Woman,” and she was controversial for her sensuality and sexually charged performances, although she was also an accomplished male impersonator. She was also well-known for having quite a tumultuous and eccentric life, known almost more for her strange and whirlwind personal life than any of her work. She had a failed marriage to the dentist William Horton, was suspected of substance abuse, led a wild lifestyle of debauchery, engaged in frequent publicity stunts, and she was also well known for making grand claims, such as that she was related to the famed Shakespearean actor Edmund Kean and other elaborate lies and half-truths, as well as using various aliases, to the point that no one really knew much about her at all. In other words, she was tabloid fodder, but perhaps the thing she is most remembered for today is her rather strange and baffling disappearance at sea on a voyage that seems to have taken her right off the face of the earth.

In 1917, Empress, who acted in both her native England and America and often moved back and forth between them, moved back to England for a two-year hiatus away from acting, but eventually felt the pull of stardom once again. In 1919, she decided to head back to the United States to resume her film career, boarding the luxury ocean liner SS Orduña on October 19 from Liverpool, England, headed for New York City, with a scheduled stop at Halifax, Nova Scotia. Along the way she was her typical eccentric self, reportedly wearing a black dress and veil at all times during the journey, as well as often seen wearing a monocle, and so she definitely stuck out and had people talking. Although she spent much of her time alone in her cabin, she was seen out and about socializing as well, and she was so famous and dressed so oddly that she drew stares wherever she went. It is known for sure that she went to her stateroom on the day before they were to dock at New York City, but after this it seems that she would vanish off the face of the earth.

When the liner docked in New York on October 27, it would turn out that Empress simply wasn’t there anymore. One of the first witnesses to come forward was a steward by the name of Samuel Furnell, who claimed that he had delivered a glass of water to Empress’ room at around 6:30 p.m. after she had ordered one. He had then expected her to order tea and sandwiches at 10:30 p.m., as was her nightly custom, but the call never came. At the time he had not thought much of it, but when he went to the room the following morning, Empress was not there and her bed had not even been slept in. A stewardess would also later claim that she gone to deliver sandwiches to the room at 9:30 p.m. after being asked for them by Empress, but that when she had brought the food the actress was gone. She then left the sandwiches there, but the next day they were untouched. This stewardess would claim that she had talked with Empress often, and described her as being nervous about going to New York, as well as having an injury on her nose that Empress had said was from an automobile accident. It is unknown what connection these clues might have to the disappearance, although it is all rather odd, as other passengers who had met her described her as being in good spirits and looking forward to her new life in New York.

When Empress did not show up for lunch, a search was launched, and although every corner of the ship was searched three times, there was no sign of her and no one had seen her after she had retired to her room. The room itself was left in pristine condition, with the bed made and unslept in, and eerily almost all of her belongings seemed to have been left behind. There were pictures of herself set up and her luggage was still there. In her bags were found some men’s clothes, her passport, made out to an alias “M.A. Smith ,” and oddly no jewelry at all, which was pretty strange because she was known for always wearing flashy jewelry. The only thing that seemed to be actually missing was possibly the jewelry and her handbag. Everything else in the room seemed to be in perfect order, with no signs of a struggle, and it was as if she had just stepped out and would come back at any moment but she never did. Another strange clue that was found in the room was a telegram that had been sent to a hotel in New York from Halifax on October 25 during their stopover, which simply read “Arrive Monday. Please have room for me.” However, when the hotel was contacted they had no record for a reservation for a Marie Empress. Where had she gone and why? No one had a clue. 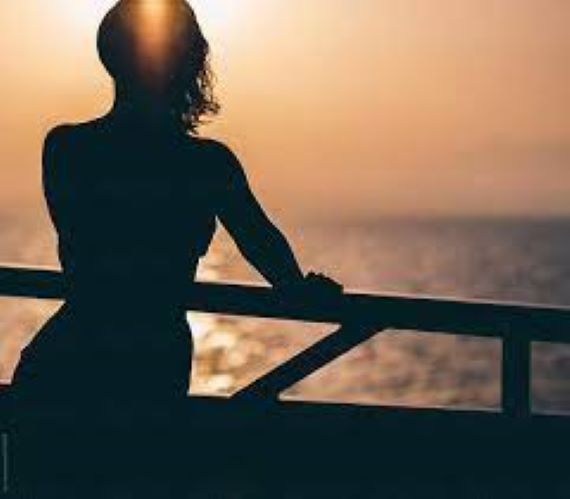 At the time, the main theory was that she had somehow fallen overboard or even committed suicide by jumping overboard, but this seemed odd in that the ship had been crawling with people, so how had she managed to leave her room and make it to the deck to fall or jump over without being seen? It was pointed out that her room had a porthole that overlooked an isolated passageway, but it only measured 13 inches wide and was locked from the inside. It seemed to be impossible that she could have possibly squeezed through it, or gotten far without witnesses noticing her, and one reporter for William Randolph Hearst's International Feature Service at the time would say of it:

To have gone on deck Marie Empress would have had to traverse several passageways in which people were constantly going and coming at this hour of the evening. All the decks and promenades are brilliantly lighted until long past the hour when she must have disappeared from the ship. She would have had to pass through several salons, always at least half filled, and the actress was of sufficiently striking personality not to have been able to slip through unobserved. She would also have had to pass by various stewards and officers, and, finally, having gotten there it seems almost impossible that she could have slipped unnoticed to the rail and thrown herself over.

Another idea was that she had been murdered, but by who and how had it been pulled off on such a crowded ship with no evidence left behind? There was also a theory that was thrown around that she had planned to run off, but again, how could she have slipped by so many people? It has been pointed out that, being an expert male impersonator and master of disguise, she could have dressed up in men’s clothes and made her way out undetected, but if she had run away then where had she gone out in the middle of the ocean and why wouldn’t she have brought her passport with her? Did she slip out in disguise to kill herself? Did she run off to start a new life under an alias, and if so, why not just wait until she got to New York to do that? 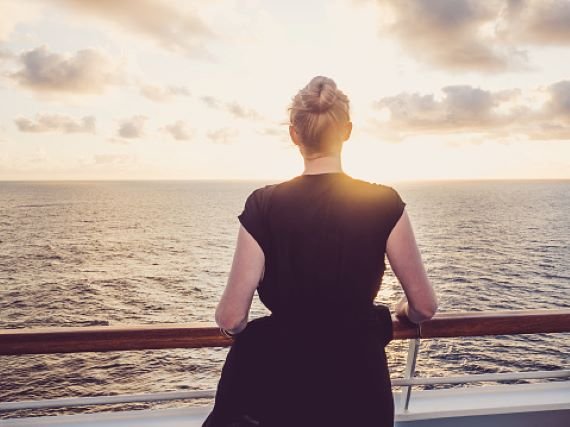 One idea was that the whole thing could have been a hoax pulled off by her and some paid off witnesses, disembarking in disguise or even paying a look-alike to take her place from the very beginning and wearing the veil to conceal herself, the whole thing staged as another one of her many publicity stunts, but if that was the case, she never did appear again to take advantage of it, and was never seen again. Did she plan to pull off a publicity stunt and then something had happened to her? Whatever the case was, rumors continued for years that she wasn’t really dead and had orchestrated the whole thing, biding her time to return to the spotlight. She never did, and she was then eventually officially pronounced dead at sea in November of 1921, although the rumors of her staging the disappearance continued on for years until the public lost interest and Empress just sort of faded away. What happened to her? No one knows. In the end, there are not really any of her silent films left, none of her musical recordings, and she has become sort of a ghost of history, known more for her vanishing than anything else. It is a sad ending for a once big star who faded from history to become a little-known unsolved mystery.