The Strange Case of the Reincarnation of Anne Frank

We have long been enamored with the thought of what happens to us after we die. It is a conundrum that has consumed scientists, philosophers, and great thinkers since time unremembered and perhaps always will. We have no more of an answer to this fundamental existential question now than we did since the very first flickers of consciousness bubbled up into the brains of our long forgotten ancestors, but there have been many ideas. One of these is the idea that we are some how reborn and recycled into a new body after death, and the cases of reincarnation are varied and at times very bizarre. A very intriguing case revolves around a woman who from childhood would insist that she was the reincarnation of the famous Anne Frank, in a case that has never been satisfactorily explained.

Many readers will immediately know the name of Annelies Marie Frank, or more popularly known as Anne Frank. Born in 1929 in Frankfurt, Germany, she had the bad fortune of being born Jewish in a place that was not welcoming to them at all at the time. Her family moved to Amsterdam, Netherlands, in 1934 when Adolf Hitler and the Nazi Party gained control over Germany, when she was at the age of four and a half, but this did little to protect them. When the Germans occupied the Netherlands in 1940, they began persecuting the Jewish population there as much as anywhere else, and as it intensified, Anne and her family went into hiding to live in cramped hidden rooms behind a bookcase in the place of work of Anne's father, Otto Frank. There they stayed hidden in the shadows and Anne would write a diary every day of the horrors of war and their predicament, all the way up until they were discovered and arrested by the Gestapo in August 1944 and sent off to concentration camps. Anne would die around 15th April 1945 at the notorious Bergen-Belsen concentration camp. The only survivor of the family during the war would be Otto Frank, who would later find that his daughter’s diary had been saved by his secretary, and it would later be published in 1947 as The Diary of a Young Girl, later known as The Diary of Anne Frank, perhaps one of the most well-known memoirs there is, and the second biggest selling book after the Bible. It is all a very tragic tale, and although Anne Frank lives on in her book and the hearts of millions, it seems that she may have lived on in other ways as well.

In 1954, a girl named Barbro Karlen was born to Christian parents in the country of Sweden, and from an early age was plagued by nightmares that caused her to wake screaming in the middle if the night. When she was just 3 years old, she surprised her parents when she calmly said that her name was not Barbro, but rather Anne. At first this seemed like just a whim, but it soon became obvious that the girl was serious, insisting on being called Anne and later even claiming that her parents were not her real parents and that her full name was in fact “Anne Frank.” Throughout all of this she had recurring nightmares of men in uniform kicking down her door, and at the time Barbro’s parents did not understand the meaning of all of this because they had never heard of Anne Frank and of course their young daughter wouldn’t have heard of her either, as the book had only been translated into a few languages and not Swedish at that point. To them their daughter was just going through some fantasy, but things would get stranger.

Her parents would bring her to see a psychiatrist, but she would not open up about these experiences to him, and so he told them that she was just a normal little girl going through some troubles. He told them that she would grow out of it, and so life went on. By the age of 12, Barbro had gone on to become quite the literary prodigy, penning a book of poetry called Man on Earth, which far from just a child’s scribbled ramblings would go onto become one of the most popular books in her native Sweden, and she would write nine more volumes in the series. During this time, she kept mostly quiet with the talk of Anne Frank, and was even herself starting to think she might be losing her mind. Even when she learned who Anne Frank was, she was so shocked and so tired of being treated like an over imaginative child that she kept it all to herself. 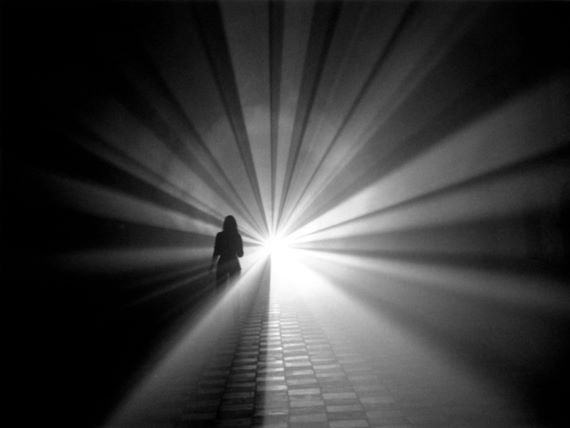 Things got a bit eerie when her parents took her to Amsterdam on a vacation to visit as part of a European tour, and as soon as they were there, they decided to visit the Anne Frank house. Although Barbro had never been to Amsterdam and had no instructions, she immediately knew how to get to the Anne Frank house, taking them unerringly through a walk through the twisting streets of the city to arrive at their destination. Once they were there, she was able to find her way around the house, making comments about how the place had used to look and what pictures had been in her room, and her parents were finally starting to see what all of this talk of being Anne Frank was, even beginning to believe she might be the girl reincarnated. In his book Born Again, Walter Semkiw, MD would write of this strange visit:

“That’s strange,” Barbro said, when they stood in front of the steps up to the house. “It didn’t look like this before.” She looked wonderingly and her parents didn’t know what to say. They entered the house and went up the long narrow staircase. Barbro, who had been so carefree when showing them the way, suddenly went white in the face. She broke out in a cold sweat and reached for her mother’s hand. Her mother was horrified when she felt Barbro’s hand, which was as cold as ice.

When they entered the hiding place, the same terrors overcame Barbro that she had experienced so many times in her dreams. She found it hard to breathe and panic spread through her body. When they went into one of the smaller rooms, she suddenly stood still and brightened up a little. Barbro looked at the wall in front of her and exclaimed, “Look, the pictures of the film stars are still there!” The pictures of the movie stars that Anne had clipped and affixed to the wall, which Barbro saw at that moment, made her feel happy, almost as if she had come home.

Her mother stared at the blank wall and couldn’t understand this at all. “What pictures? The wall is bare?” Barbro looked again and she saw that this was true. The wall was bare! Her mother was so confounded that she felt driven to ask one of the guides whether there had been pictures on the wall at one time. “Oh yes,” the guide replied, “they had only been taken down temporarily to be mounted under glass so that they wouldn’t be destroyed or stolen.” Barbro’s mother didn’t know what to say. “How in the world could you find your way here first of all, then insist that the steps outside were different and then see the pictures on the wall when they weren’t there?”

In her adolescent years these past life memories would begin to fade away and she took up a semblance of a normal life, working with the Swedish Police Service, but this would change when she was in her forties and had an aversion to one of the police officers she worked with. She did not know why at first, until she came to the conclusion that he was a reincarnated Nazi guard, after which all of her past life memories came flooding back. It was with this resurgence of memories that she decided to write a book on her experiences titled And the Wolves Howled.

In addition to all of this inexplicable knowledge, Barbro also demonstrated many strange similarities to Anne Frank throughout her life. For instance, from a young age she had been terrified of men in uniform, and also had an aversion to eating beans, something Frank had mostly subsisted on during her time in hiding. She also would not take showers, only baths, and she also mostly loathed having her hair cut, something that was shaved off when arriving at a concentration camp. She was also a child writing prodigy, like Frank, and was even noticed to have similar facial features to Frank. Coincidence or not? Perhaps strangest of all is that in later years Barbro would meet Frank’s last living relative, her cousin, Buddy Elias, who after talking in depth with her was convinced that she was indeed the reincarnation of Anne Frank. In the end we are left with a case of the reincarnation of a very famous individual that has all of the hallmarks of such cases, including access to knowledge one should not known, phobias from a past life, and other similarities to the deceased person in question. Is Barbro Karlen really the reincarnation of Anne Frank, or is there some other explanation? Whatever the case may be, it has gone on to become one of the more remarkable cases on past lives.

Do Modern Tales of “Dogmen” Have Their Roots in Antiquity?