The Strange Vanishing and Weird Reappearance of Stephen Kubacki

Some mysterious disappearances really push the limits of the odd, and some of the weirder of these are those who have vanished only to reappear again to pose more questions than answers. In 1978, 23-year-old Stephen Kubacki was just a normal college student, studying German at a private university called Hope College, in Michigan. At the time he was a good student, loved his family, and there was nothing unusual or particularly extraordinary about him. There was certainly nothing to indicate that he was about to become a bizarre unsolved mystery, but that is the road he set out on when in February of that year he decided to take a solo cross country skiing trip across the frozen Lake Michigan. This was not particularly unusual in and of itself, as he was an avid outdoorsman and skier, but on this day, it seems he would ski out along that ice and just keep on skiing right off the face of the earth, and so would begin a strange and elusive unsolved mystery involving a man who vanished under mysterious circumstances only to reappear again to make it all even stranger.

He set off in good spirits and well-equipped, and there was nothing to indicate that anything was amiss, but Kubacki would not come home as scheduled. An intensive search would be launched shortly after, but all that could be found were the missing man’s skis and poles on the shore of the frozen lake, as well as a set of footprints thought to be his, which went out about 200 yards before they oddly seemed to abruptly stop at the edge of the lake, with no sign of why. Of Kubacki himself there was no sign, and the whole scene gave the impression that he had just walked out to that spot and evaporated into thin air. Oddly, the following day the man’s missing backpack would show up right in the center of an area that had already been extensively searched, deepening the mystery of it all. 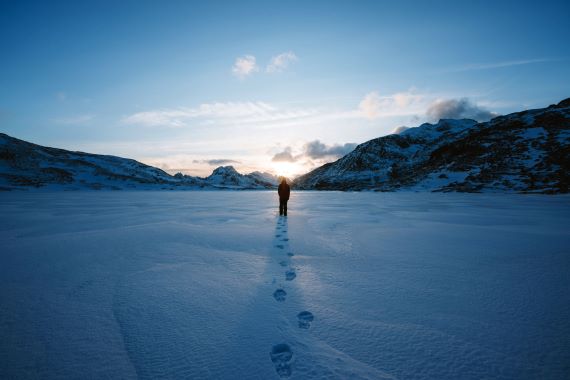 It was first thought that, since those prints stopped so suddenly, that he must have surely fallen through the ice, but there were no holes found on the lake, indeed no indication that he had ventured out over the water at all. Numerous extensive searches were launched, scouring the area, but there was no trace of Kubacki, and even when the snows melted there was no sign. Despite renewed searches utilizing dogs and divers, no body was found, no more of his equipment or clothing, he had seemingly ceased to exist. Theories swirled. Had he drowned in the lake, been a victim of foul play or an animal attack, or had he simply run off to start a new life? This last option didn’t make much sense since he was mentally stable, looked forward to completing his studies, and already had a dream job lined up with the Holland Sentinel newspaper. So, what had happened to him? No one had a clue.

As the months went on, it was clear that he must surely have died somehow, but Kubacki’s family were left in a tortuous limbo of having no closure and not knowing, their hope of ever finding any answers dim. He would be awarded a bachelor’s degree in absentia from Hope College, and although there was seen to be little chance that he was still alive he was nevertheless never legally declared dead. There were no further clues, no hints as to what had become of Kubacki, and he was largely thought to have died out in the wilderness, but things would take a sharp right turn into the truly bizarre.

On May 5, 1979, exactly 15 months after Kubacki’s vanishing, he suddenly appeared at his aunt’s doorstep in Pittsfield, Massachusetts, seemingly dazed and confused but otherwise in good health. It must have been like seeing a ghost to his distraught parents, and they were overjoyed to see that he was alive and well. When authorities were notified, he was found to be in reasonably good health, but where had he been? Of course, he was questioned extensively on what had happened to him, but bizarrely he could not remember anything of where he had been, the 15 months a haze, and indeed he showed very little awareness that that much time had even passed at all. What he could remember would push the cases even further out into the fringes of the weird. 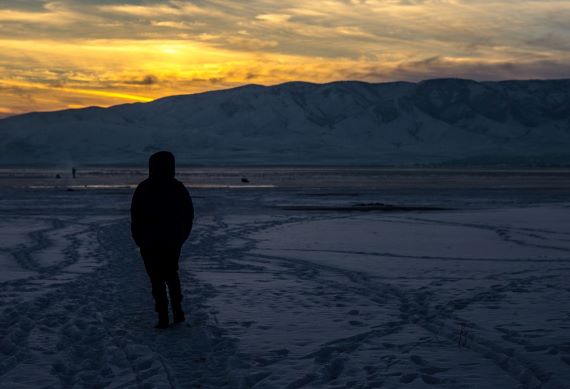 Kubacki claimed that he had lost consciousness at some point during his hike at Lake Michigan, and when he had woken, he had been lying in a field at Pittsfield, which was a full 700 miles due east from where he had disappeared. What made it all stranger was that he had been dressed in unfamiliar clothes that weren’t his, and next to him had been a bag that also wasn’t his, filled with maps he did not recognize, as well as hitchhiking signs for such disparate locations as Sacramento, San Francisco, Reno, Chicago, and Utah. He had also had with him $40 in cash, new glasses, sneakers, and a T-shirt from a marathon in Wisconsin, and he claimed to have felt like he had done a lot of running. Considering the signs he had, it seemed he had done some pretty extensive travelling, but he had no memory of any of it. He remembered everything right up to his ski trip, and claimed that his last memory before waking up in that field with a 15-month blank was “feeling cold and scared of being lost in the frozen darkness.” After this Kubacki would refuse to comment on his experiences, either unable or unwilling to talk about the preceding 15 months. One thing that he would say was that he had never had any intention of running away, and that he had been in a mentally stable state when he had vanished.

Kubacki would resume a normal life and his studies, declining to do any further interviews and earning his masters in linguistics and a PhD in clinical psychology. He would go on to write a book called Meta-Mathematical Foundations of Existence: Gödel, Quantum, God & Beyond, and to this day lives in the Pacific Northwest, working as a psychologist. In the meantime, his weird case has been discussed and debated, and we are left with few definitive answers. Making it all even odder is that his strange disappearance and reemergence happened within an area called “The Michigan Triangle,” an area that extends from Manitowoc, Wisconsin, to Ludington, Michigan, and south to Benton Harbor, and which has been the home of numerous unexplained air disasters, shipwrecks, and vanishings, dating back centuries. Coincidence or not? 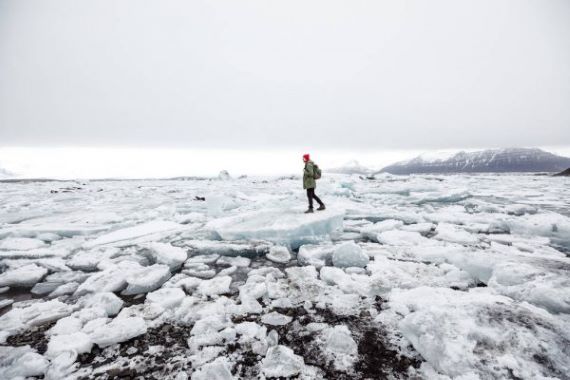 Debate and discussion have continued on Kubacki’s odd ordeal. Why did he vanish to leave behind all of his stuff, and why did his footprints just suddenly stop at that frozen lake? Where was he during those 15 months and why doesn’t he remember any of it? One idea is that he had some sort of amnesia, but he didn’t do any drugs and had no injuries to that effect. He could have also possibly gone into what is called “dissociative fugue.” Also popularly called “Jason Bourne Syndrome,” it is a very rare and poorly understood condition in which the sufferer will lose awareness of their identity or other important autobiographical information for a duration of time, although they still maintain the ability to function and survive, often going off on unplanned trips or creating new identities during the episode. The victim will usually sort of “wake up” in an unfamiliar place and have no memory of the time they were in the fugue state, which can be disorienting since it can last for hours, days, weeks, or even longer. However, there seems to be no known reason for why this should have happened to this bright, well-adjusted individual, which is odd because this fugue is typically caused by some powerful traumatic experience in a person’s life.

Other ideas include that he just ran away to take some time off and is lying about his lack of memory, or even that he was abducted by aliens or somehow slipped into another dimension to be regurgitated back out with no memory of where he had been, but no one knows. What happened to Stephen Kubacki? Where was he during those 15 months and why can’t he remember any of it? The only one who might know for sure is Kubacki himself, and he is either unwilling to talk about it, or really doesn’t remember. Either way, it is a very odd case, indeed.

Sinister Things That Can Happen When You’re Writing a Book: Paranormal Activity?