In this day and age drones are ubiquitous, seeing such a jump in numbers and advancement of technology that it has caused heads to spin, and some serious debates on just what role this technology might have in some rather dangerous situations and how to deal with the growing problem. Besides being annoying to some and causing threats to others, drone technology has caused quite a lot of problems in some areas, and one of these are the various strange incursions of these mysterious aerial vehicles near sensitive military and civilian sites, often leaving no clues of where they have come from or who is operating them, and a truly bizarre invasion of drones happened on an important nuclear site, and which has never been solved.

The setting of this weird tale is the Palo Verde Generating Station, a nuclear power plant located near Tonopah, Arizona, in western Arizona, about 45 miles west of downtown Phoenix. The largest power plant in the United States by net generation, Palo Verde is situated out in the moonscape of the Arizona desert, existing out in the wilds beyond normal civilization as we know it, and mostly it has just sat out there in peace, but in September of 2019, some strange things would begin to surround the base, sparking much concern and a debate on just how dangerous drone technology can be.

According to released documents acquired by a Douglas D. Johnson, a volunteer researcher affiliated with the Scientific Coalition for UAP Studies (SCU) and released to the site The War Zone, on Sept. 29, 2019, shortly before 11:00 PM local time, Daphne Rodriguez, an Acting Security Section Chief at the plant, made a rather strange report to her superiors. According to her, a swarm of what appeared to be five or six drones was hovering around a restricted area of the nuclear power plant's Unit 3, which houses one of the facility’s several pressurized water reactors. The drones in question were described as being about 2 feet in diameter, having flashing red and white lights on them, and as having spotlights that trained onto the reactor as they approached but turned off as they circled around it as if studying it. The report was filed, but not long after this the drones moved off. However, this would not be the end of the strangeness. The following evening, Ismael Garcia, a Security Supervisor at the plant, would report drones lurking about the area at around 11 p.m., and this time the sighting would be independently confirmed by security forces at the facility. One report would read:

On 9/30/19 at approximately 2051 hours, it was reported by a Security Team Leader that Unmanned Aerial Vehicles (UAVs) were approaching the plant from the east (true east). The hours of darkness made it difficult to estimate the altitude at which the UAVs were flying.  The UAVs appeared to have been launching from behind the mountain range at the intersection of Southern Ave and 361 Ave just east of the plant. Four UAVs were confirmed to have been spotted at one time flying northwest over Unit 1 and returning northeast over Unit 3. LLEA (MCSO) [Maricopa County Sheriff's Office] deputies were dispatched to the area of the mountain range with a Security Unit Team Leader in an attempt to determine the location of the UAV operators, but were unsuccessful. No other UAVs were observed after approximately 2300 hours. These UAVs are believed to have been the same UAVs that flew over the plant the night before on 9/29/19 at approximately 2020 hours (refer to CR# 14095 for details). As occurred last night, the drones are flying in, through and around the owner-controlled area, the security owner-controlled area, and the protected area. Also, as last night, the drones are described as large with red and white flashing lights. Spotlights have not been noted tonight. The licensee has not changed their security posture. The licensee continues to monitor the drones. As of 0355 EDT, no drones have been observed at the site since before 0020 MST. LLEA [local law enforcement agency] surveyed the area and were unable to locate drones on the ground or anyone controlling the drones.

The entire area was searched, but there was no sign of who had launched such a bold drone incursion or why, yet the drone invasion continued, being seen on subsequent nights as well, to the point that headquarters was getting tired of receiving so many reports at late hours. Investigators were unsure how to proceed, unsure whether this posed a real threat or not, but on the ground, it was being taken very seriously. The War Zone says of some of the measures being taken:

By Oct. 2, officials at the plant were working together with resident NRC personnel, as well as local law enforcement, the FBI, the Department of Homeland Security (DHS), and the Federal Aviation Administration (FAA). A subsequent Email shows that the FBI's Weapons of Mass Destruction (WMD) Coordinator was specifically contacted in relation to the drones. They were also in the process of deploying unspecified drone detection systems acquired from a company identified in one Email as "Area Armor." Aerial Armor supplies drone detection systems from various manufacturers, including small radars and ones that work by spotting and tracking the unmanned aircraft's signal emissions. Some of them also include full-motion electro-optical and infrared video cameras that can be slewed to visually monitor targets of interest after the other sensors spot them. 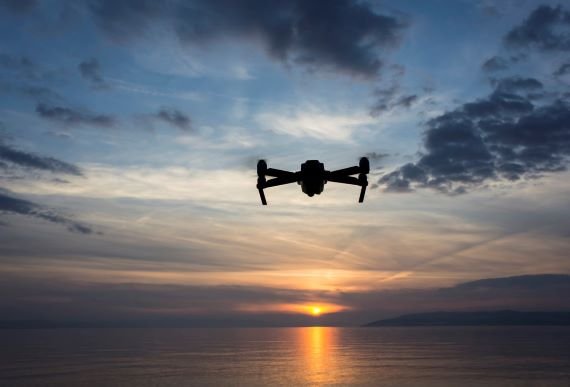 Despite these measures, no trace of the drone operators or their origins could be uncovered, as if they were ghosts. Making matters more complicated is that there was not much to legally do about it, with laws on drone activities in such airspace still murky, and not much to definitively prove that any laws were being broken by the mysterious drone operators. In the meantime, the incursions were happening nightly, with officials from the Nuclear Regulatory Commission (NRC) describing the incidents as a "drone-a-palooza.” Whatever was going on here, the operators of the drones were never found, and it is certainly a spooky example of these unmanned devices being used to get close to sensitive facilities and installations for reasons unknown, with the case being deemed “unresolved.” The case would then be pretty much brushed away, despite the fact that this was all going on around one of America's largest, most secure, and most sensitive nuclear facilities. It all underscores how much of a threat that drones have become, and the glaring lack of anything in effect to really do anything about it. One U.S. Marine General Kenneth McKenzie, head of U.S. Central Command in the Middle East has said of it:

I argue all the time with my Air Force friends that the future of flight is vertical and it's unmanned. I'm not talking about large unmanned platforms, which are the size of a conventional fighter jet that we can see and deal with, as we would any other platform. I'm talking about the one you can go out and buy at Costco right now in the United States for a thousand dollars, four quad, rotorcraft, or something like that that can be launched and flown. And with very simple modifications, it can make made into something that can drop a weapon like a hand grenade or something else. Right now, the fact of the matter is we're on the wrong side of that equation. 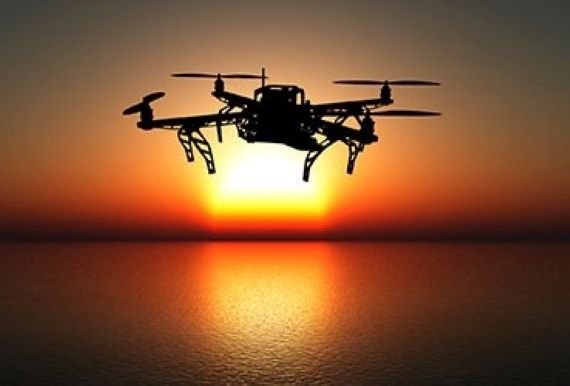 What were these drones, who was operating them, and what were they after? Why was there no sign of their origins found and why is there so little being done to counteract the threat posed by these drones at this facility and others like it? There has been much concern with some of the higher ups as to how to address this evolving threat, with one official stating:

I would point out that restricted airspace will do nothing to stop an adversarial attack and even the detection systems identified earlier in this email chain have limited success rates, and there is even lower likelihood that law enforcement will arrive quickly enough to actually engage with the pilots. We should be focusing our attention on getting Federal regulations and laws changed to allow sites to be defended and to identify engineering fixes that would mitigate an adversarial attack before there our licensed facilities become vulnerable.

The government has still managed to distance itself from it all, and we are left to wonder just what is going on here. Who was operating these drones and why? How is it that they could so totally remain unknown? This is not even the first of such mysterious incursions by drones, nor is it the last, and it is certainly spooky to think that these things are flying around out there in such sensitive areas with impunity, their operators unknown and their intentions vague.