UFO Disinformation: How Much is Real? How Much Isn’t?

Paul Bennewitz was a scientist who, in the 1970s, ran a company in Albuquerque called Thunder Scientific – a company that quite literally backed onto the well-guarded fences of Kirtland Air Force Base. It was around 1978 that Bennewitz – who had a pre-existing interest in UFOs – began to hear of more and more so-called alien abduction events in and around Albuquerque and further up into northern New Mexico. On top of that, strange signals were picked up by Bennewitz on his radio equipment. He saw weird-looking aircraft soaring silently across the skies over Kirtland late at night and in the early hours of the morning. He was given accounts of abductees being secretly taken to Kirtland and grilled by U.S. intelligence agents, who were deeply concerned about the growing number of people seemingly being kidnapped from their homes and subjected to terrifying and bizarre experiments of a genetic nature. As the weeks and months progressed Bennewitz came to believe something incredible: that deadly ETs were secretly getting ready to take over the planet. They were planning on doing so from their command post deep below the town of Dulce. Worldwide invasion and the enslavement of the human race were lurking just around the corner – as Bennewitz saw it, at least. Suspecting that the end really was possibly getting nearer and nearer, Bennewitz prepared a dossier on his findings and theories. He called it Project Beta. Bennewitz mailed copies of the controversial report to the FBI, to the CIA, to the NSA, to every branch of the military, and even to the White House. People had to be warned – and warned now, Bennewitz wrote.

Notably, Bennewitz was not written off as a crank, as many might expect him to have been. In fact, quite the opposite was the case: intelligence agents at Kirtland Air Force Base quickly established a secret liaison with Bennewitz. They warned him about digging any further into things that could be dangerous – even to Bennewitz's life, no less. But, those same agents also confided in Bennewitz something incredible: that he was on the right track. They did all they could to keep Bennewitz quiet, almost to the point of begging him to keep his mouth shut on what he knew. For Bennewitz, though, this was like a red rag to a bull: the somewhat veiled threats to keep his nose out of things only served Bennewitz to push further for answers.

As a result, U.S. intelligence fed Bennewitz more and more horror stories of what was supposedly going on several miles below Dulce, including tales of the aliens using captured people – in their thousands – as food. It’s no wonder – given the nature of the stories and that they were coming directly from the military – that Bennewitz became more and more paranoid. Eventually, he became completely unhinged, and to the point where he ended up spending time in a local medical facility, where he was treated for stress, anxiety, and, finally, what practically amounted to a complete mental collapse. Thankfully, he recovered, but was careful kept his distance from Ufology. Today, some UFO researchers dismiss Bennewitz’s theories and conclusions – preferring, instead, to suspect that Bennewitz had stumbled on not alien activity but top secret programs of the U.S. military and intelligence community. By steering Bennewitz down a path filled with fictitious tales of dangerous aliens, the government would be able to divert him away from the far more down to earth truth, so the theory goes. On the other hand, Bennewitz, who died in 2003, still has a huge following of UFO sleuths who are absolutely certain that below Dulce something abominable is going on – and has been for years. Maybe even for centuries. 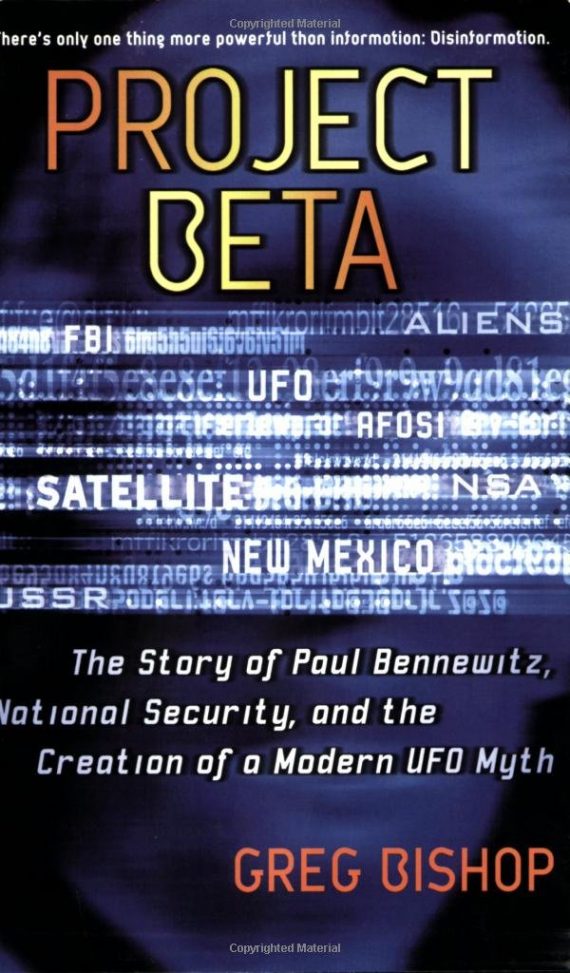 While Bennewitz’s Project Beta report does read like something straight out of the early years of The X-Files, there is absolutely no doubt that Dulce itself is a very weird place, one where strange activity has been reported for years. For example, in the 1960s the area around Dulce became the site of a classified U.S. Atomic Energy Commission program called Gasbuggy. It was part of a larger operation code-named Plowshare. The plan was to explode a significantly-sized atomic device, underground, deep below the Carson National Forest, which just happens to be only a few miles from Dulce. The reason was to try and access massive and precious supplies of natural gas. The bomb was detonated on December 10, 1967 – more than four thousand feet below the surface. Although the Plowshare program continued in the area until the late 1970s, even today digging underground in the area is strictly forbidden. In light of all of Bennewitz’s findings, it’s not at all surprising that there are those in the UFO community who believe that the Plowshare program was actually a cover story – one created to mask the fact that the U.S. Government had tried to destroy the alien base under Dulce with a nuclear weapon. That just such a weapon really was exploded, underground, and only a few minutes’ drive from Dulce, only ensures that the rumors of an alien presence in the area continue to thrive. The story is, without doubt, fascinating. Greg Bishop (see the photo above) is the expert in this arena of disinformation. His findings make for incredible reading. Such is the extent to which this bizarre program went on, the whole thing still rumbles along

Never-Before-Seen Mineral Found Inside of a Diamond