Researchers analyzed dinosaur footprints dating back more than 200 million years and now their findings have been revealed. The footprints, which were found on a beach in Penarth, Wales, were discovered in 2020 and experts have been studying them ever since.

Researchers believe that the footprints were made by a group of sauropodomorphs that were traveling through the region sometime between 237 and 201 million years ago during the Triassic Period. Sauropodomorphs were huge quadrupedal herbivores that had very long necks and tails. They were divided into two groups – prosauropods and sauropods (these included Diplodocus and Apatosaurus among others). 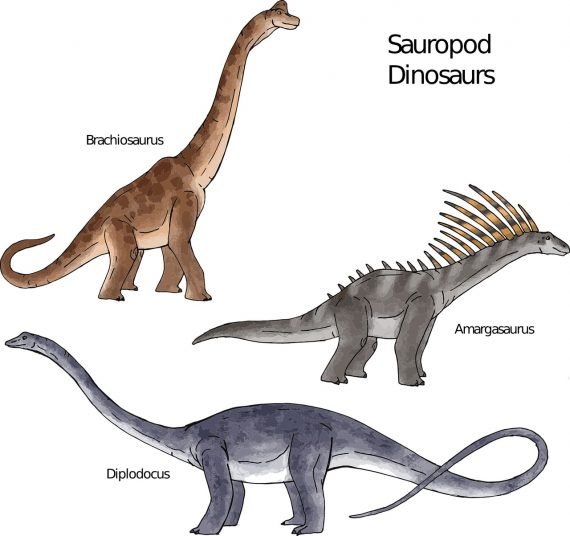 It’s unclear as to which sauropodomorph species left the tracks, but it may have been a dinosaur like the Camelotia which was an herbivore that lived in England during the late part of the Triassic Period and was estimated to have measured about 10 meters in length (33 feet).

Professor Paul Barrett went into further details about the footprints by explaining, “We think the tracks are an example of Eosauropus, which is not the name of a particular dinosaur species but for shape of a type of track thought to have been made by a very early sauropod or a prosauropod.” “We know these kinds of dinosaur were living in Britain at the time, as bones of the sauropod Camelotia have been found in Somerset in rocks dated to the same age.” “We don't know if this species was the track maker, but its presence nearby was another smoking gun which suggested something like it could have made these tracks.”

He went on to say that it is thought that the location was a place where numerous sauropod dinosaurs once gathered, “There are hints of trackways being made by individual animals, but because there are so many prints of slightly different sizes, we believe there is more than one trackmaker involved,” adding, “These types of tracks are not particularly common worldwide, so we believe this is an interesting addition to our knowledge of Triassic life in the UK. Our record of Triassic dinosaurs in this country is fairly small, so anything we can find from the period adds to our picture of what was going on at that time.” Their study was published in the journal Geological Magazine where it can be read in full.

Pictures of some of the dinosaur footprints can be viewed here.