A Castle For Sale in a New York UFO Hotspot

A castle has been put on the market in the state of New York. While it isn’t rumored to be haunted, there is a decent chance that you could spot a spaceship or two as it is located in a UFO hotspot.

For $799,000, this beautiful castle is located at 623 Upper Mountain Road in Pine Bush. It has 5 bedrooms, 3 bathrooms, and sits on over 13 acres on land. Additionally, you can climb onto the rooftop where you can search for extraterrestrials and you may very well find one. 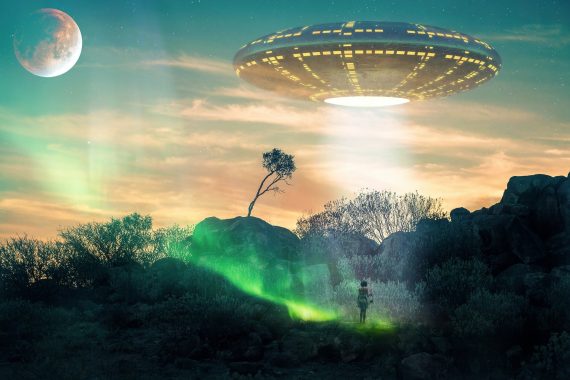 Local residents in and around Pine Bush have been reporting UFO sightings for numerous decades. They have witnessed saucer-shaped objects in the sky back in the 1950s and 1960s. Boomerang-shaped ships and football-field-sized triangles were spotted in the 1980s. And more recently, beginning in the 1990s, unexplained lights have been viewed in the sky.

Incredibly, many of the sightings were seen very close to the witnesses and lasted a lot longer than just a few seconds as explained by Hudson Valley local Linda Zimmermann who has written and lectured on the Pine Bush phenomena, “Stories about little disks zipping across the sky for five seconds make an impression,” adding, “but imagine a triangle the size of a football field seventy-five feet over your head for 20 minutes.”

As for why there have been so many UFO reports in Pine Bush, there are many theories, such as minerals in the banks of Shawangunk Kill that attract aliens, or perhaps it’s the large amount of magnetite (magnetized iron) and quartz that is found in the area. Those are obviously just theories, but there is an unusually high number of UFOs reported there, so something must be attracting them. 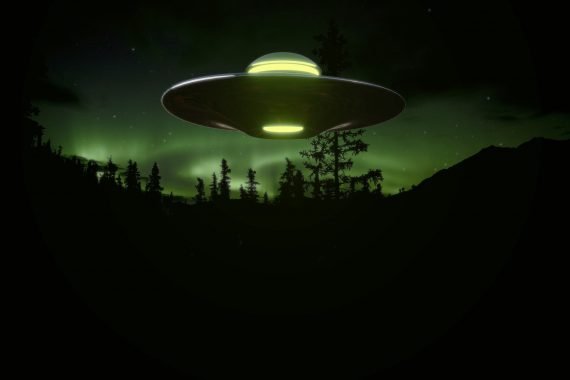 As a matter of fact, there has been so much UFO activity in Pine Bush that a new museum has recently opened up that is dedicated to the unexplained events. The Pine Bush UFO & Paranormal Museum opened up in Orange County on June 4th of this year and is dedicated to all things unexplained that have occurred around New York’s Hudson Valley.

With all of that alleged UFO activity, whoever decides to buy the castle in Pine Bush may end up getting some extraterrestrial visitors. Numerous photos of the castle and the property can be viewed here.