A Mysterious Man from Nowhere Who Fell From the Sky

There have been at times those people who seem to appear from nowhere, and under the strangest of circumstances. Usually these people seem to appear from seemingly thin air, their identities unknown and their stories vague. One such occurrence would happen when a man just dropped out of the sky, with no known identity or past, and who had caused much debate to this day. On June 30, 2019, something very strange happened in the skies over Clapham, south-west London. On this day a local was sitting out drinking some beers and chatting with a friend and watching the planes fly above to and from Heathrow airport. It was something they often did, the planes going about their various journeys a nearly hypnotic sight, but on this occasion, something caught the witnesses’ eye, something falling from the sky and plummeting towards the ground below. One of the witnesses would say:

At first, I thought it was a bag, but after a few seconds it turned into quite a large object, and it was falling fast. In the last second or two of it falling, I saw limbs. I was convinced that it was a human body.

It would turn out that this would rather grimly turn out to be the case, when at around the same time a software engineer by the name of John Baldock had experienced something go crashing from the sky into his yard, destroying his patio in the process. When the authorities arrived, they found that it was a human body, half-frozen and being estimated as having fallen 3,500ft from the heavens above. The mysterious body was that of a black male, and on his person was a simple rucksack that had the initials MCA written on it, and which contained some bread, a bottle of Fanta, a bottle of water and a pair of shoes. There was no identification to be found, yet even with these meager clues the police were able to determine that the Fanta bottle had come from Kenya, and there was also a very small amount of Kenyan currency, so it was surmised that the victim of this harrowing fall from the sky had come from Kenya, but what had happened to him and how had he ended up plowing into the earth so far from home was a complete mystery. 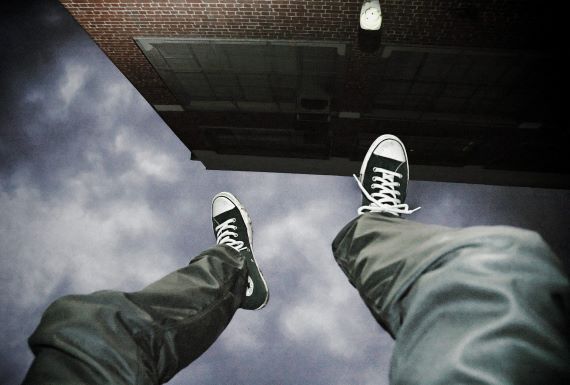 The obvious answer in this case was that this was a case of a stowaway, who out of desperation had taken refuge in the wheel well of a passenger jet in order to escape to a better life. The phenomenon is quite common in poor countries with a populace that includes some who would do anything to escape their hellish lives, but stowing away within wheel wells of an airplane is a death wish almost tantamount to suicide. Every aspect of pulling off a stunt like this has deadly risks involved. Besides being possibly dislodged and thrown from the plane as it is taking off, this sort of stowaway must also contend with the retracting landing gear that can crush them, and at about 25 minutes of takeoff most passenger planes reach a cruising altitude of 35,000ft feet, where the temperature outside the plane can reach approximately -54C, tempered by heat from the hydraulic lines that warms it up to a still fatal -34C. This is frigid enough to induce fatal hypothermia, and adding to this brew of danger is the fact that the air pressure at that altitude makes it difficult for the lungs to draw in oxygen, leading to hypoxia, or the body’s inability to provide sufficient oxygen to its vital processes, and the rapid decrease in air pressure during ascent can also cause decompression sickness.

All things told, around 75% of those who try to stowaway in this manner aboard aircraft never reach their destination alive, and those who have actually managed to survive the ordeal have been none the worse for wear and have remained a mystery as to how they managed it. Despite all of these risks, there are plenty of people who have still gone through with the misguided free plane flight, and authorities believed their mystery man was one of these, but who was he and where had he come from? It was thought that he had probably gotten as far as he had and then been tossed from the plane as it had carried out its descent and extended its landing gear, knocking out the dead or unconscious hidden passenger. The flight itself was thought to have been Kenya Airways flight KQ 100, a Boeing 787-8 Dreamliner that had originally come from Johannesburg to Nairobi and then left Nairobi’s Jomo Kenyatta International airport eight hours before the body had plummeted from the sky, but there were still many mysteries and unanswered questions. One of the most baffling mysteries was just who the victim had been. Samples of the mystery man’s DNA and copies of his fingerprints were sent to Kenyan authorities, but no match could be found in their database. Investigators also combed the slums around the airport, visited mortuaries, which were full of unclaimed bodies, and scoured Nairobi airport and pored through CCTV recordings, but there was no hint of who this mystery man was. 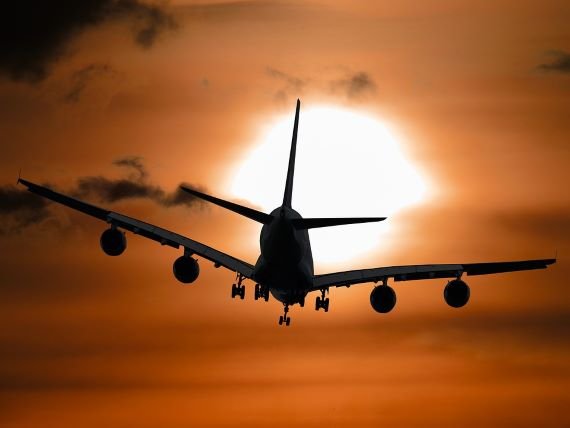 Also, a mystery was how the man had gotten into that plane to begin with. It was found that after the plane had landed from South Africa, it had sat for five hours before passengers boarded the flight to London. Extensive 24-hour CCTV footage was investigated, but none of it showed a hint of anyone jumping on the plane as it was taking off, nor anyone climbing into the undercarriage while it was at the gate. It was thought that the stowaway must have gained access to the aircraft before takeoff, but security at Jomo Kenyatta International airport was notoriously tight, and they had not reported any indication of any obvious security breaches. Kenyan airport authorities also insisted that all of their employees were present and accounted for, meaning that it could not have been an employee who had made a run for it. That left the chance that the stowaway had reached the plane by breaching the outer perimeter of the airfield, but airport officials and security guards denied that this was a possibility, and that there had been no such breach. Throughout all of the investigation the Kenyan authorities were eager to distance themselves from it all and were less than cooperative, making it all murkier still. Still another mystery was that the body was found in a reasonably good condition considering the altitude that it had fallen from. What was going on here?

Extensive media coverage of the incident and various flyers with reconstructions of the victim’s face were distributed, but these turned few clues as to who the mysterious man from the sky had been. At one point the victim was identified as a Paul Manyasi, based on testimony from his girlfriend and family, but this was never confirmed. The official investigation would end in 2019 without any hint as to who the man had been or how he had managed to get onto that plane undetected, and he was buried in Lambeth cemetery on 26 February 2020 in a grave marked with a metal plaque simply reading: “Unknown Male, Died 30th June 2019, Aged 30.” Who was he, where did he come from, and how did he end up there in the sky on a collision course with death, only to come raining down into an affluent area of England? No one is really sure, and the case of the Kenyan stowaway remains a strange aviation mystery.

When UFO Encounters Turn Out to be Downright Nightmarish