Ammonia has been discovered in the upper atmosphere of our sister planet where it should not exist which has baffled astronomers since back in the 1970s. Since the planet is so hot (the average surface temperature is 847 degrees Fahrenheit or 453 degrees Celsius), if there was any life, it would more than likely be microbes in the clouds.

The new study, which was conducted by researchers from Cardiff University, MIT, and Cambridge University, focused on what would happen if ammonia was in the clouds. Based on several models of chemical processes, they discovered that the droplets of sulfuric acid would be neutralized due to chemical reactions that would lower the clouds’ acidic levels from -11 to zero. If that occurred, life would be able to survive.

Dr. William Bains from Cardiff University’s School of Physics and Astronomy explained this in further detail, “We know that life can grow in acid environments on Earth, but nothing as acid as the clouds of Venus were believed to be. But if something is making ammonia in the clouds, then that will neutralize some of the droplets, making them potentially more habitable.”

Furthermore, the experts believe that the ammonia came from something biological instead of natural, as stated by Professor Sara Seager from MIT’s Department of Earth, Atmospheric and Planetary Sciences (EAPS), “Ammonia shouldn’t be on Venus,” adding, “It has hydrogen attached to it, and there’s very little hydrogen around. Any gas that doesn’t belong in the context of its environment is automatically suspicious for being made by life.” 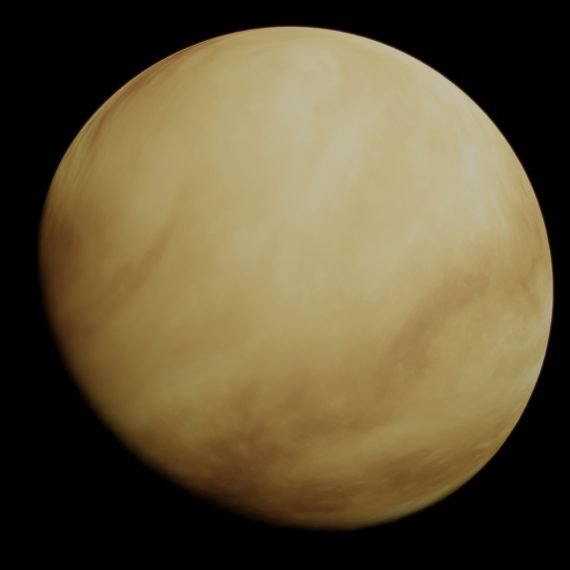 If there is some sort of life in Venus’ clouds, it would certainly face numerous obstacles as Bains explained, “There are many other challenges for life to overcome if it is to live in the clouds of Venus.” “There is almost no water there for a start, and all life that we know of needs water. But if life is there, then neutralizing the acid will make the clouds just a bit more habitable than we thought.”

While there is only a tiny chance that there is life on our sister planet, scientists may be able to get more information in the near future with the upcoming launch of the Venus Life Finder mission in 2023 that will study the cloud particles in greater detail and hopefully provide some answers regarding possible life.

The study was published in Proceedings of the National Academy of Sciences.

The Boy Whose Case Inspired “The Exorcist” Has Finally Been Named