Vikings were forced to flee Greenland several centuries ago due to drastically rising sea levels from climate change. New research conducted by scientists has revealed that a combination of growing ice sheets as well as rising sea levels during the 15th century caused catastrophic coastal flooding. These environmental changes destroyed numerous farms and eventually left the Vikings with no choice but to leave Greenland.

This would have been devastating for them as they inhabited Greenland since around 985 AD when the first Vikings arrived there that included Erik Thorvaldsson (he was also known as “Erik the Red”). They established Eystribyggð (Eastern Settlement) and Vestribyggð (Western Settlement) that flourished for several centuries. When they arrived, an Indigenous group known as the Dorset Culture was already living in Greenland.

Since there was no evidence that the Vikings inhabited Greenland after the 15th century, it has been theorized that they abandoned the area more than likely due to climate change. But the new research has revealed more evidence to support that hypothesis. 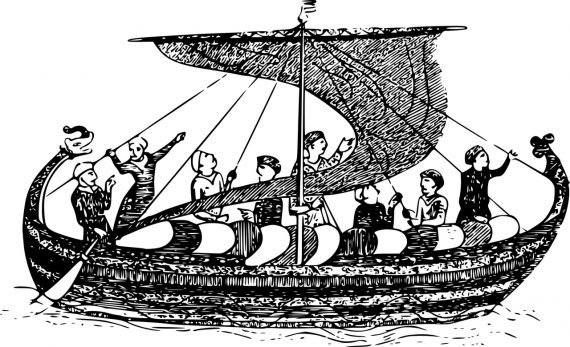 There were colder temperatures between the 14th and 19th centuries – a time period known as the Little Ice Age. During that time, the Greenland Ice Sheet would have expanded and weighed down the land which made the areas around the coast more susceptible to flooding. With the combination of the expanding ice sheet and large amounts of sea ice that pushed the sea water onto the coast, flooding is exactly what happened. And unfortunately for the Vikings, the floods occurred where they were living.

In order to know for sure that their theory was correct, the scientists used a model that calculated how much ice grew in the southwestern part of Greenland during a period of 400 years while the Vikings inhabited the area. Then they added those numbers to their calculations of how much the sea levels rose. At that point, they used their calculations to determine the effects on the sites where the Vikings were living and eventually abandoned.

Their work revealed that sea levels rose as much as 16 feet (5 meters) in a coastal area of approximately 54 square miles (140 square kilometers) where the Viking settlements would have been located between the years 1000 and 1400. This would have had devastating results with the farming land and cattle grazing pastures being completely destroyed by the floods. 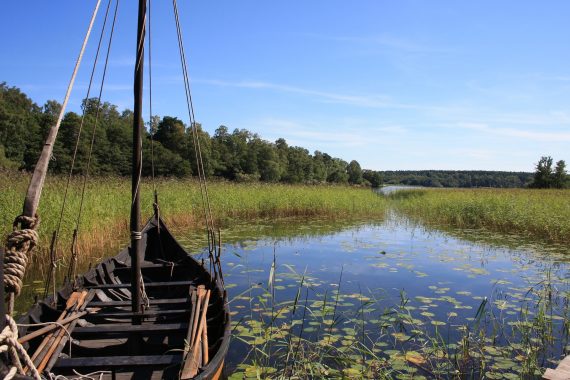 While the floods would have been catastrophic, the Vikings may have had another reason for leaving Greenland as explained by Marisa Julia Borreggine who is a doctoral candidate in the Department of Earth and Planetary Sciences at Harvard University, “A combination of climate and environmental change, the shifting resource landscape, the flux of supply and demand of exclusive products for the foreign market, and interactions with Inuit in the North all could have contributed to this out-migration,” adding, “Likely a combination of these factors led to the Norse migration out of Greenland and further west.”

Killer Monkeys Murder Over 250 Dogs in an Indian Village