Dinosaurs May Have Had Colorful Faces and Feet

According to a recent study, dinosaurs may have had bright colors on specific areas of their body such as their face and feet. This isn’t as far-fetched as it may seem as today’s birds are very colorful and it’s very possible that dinosaurs had similar markings that they used to attract mates.

The new study, which was led by researchers from the University of Texas at Austin, focused in part on which areas of the dinosaurs’ body would have been full of color as explained by Sarah Davis who is a doctoral candidate at the UT Jackson School of Geosciences, “Living birds use an array of pigments and can be very colorful on their beaks, legs, and around their eyes.” “We could expect that extinct dinosaurs expressed the same colors.”

The researchers focused on archosaurs that lived around the start of the Triassic Period (approximately 252 million years ago). Archosaurs are a large reptilian group that includes dinosaurs, pterosaurs, birds, and crocodiles. 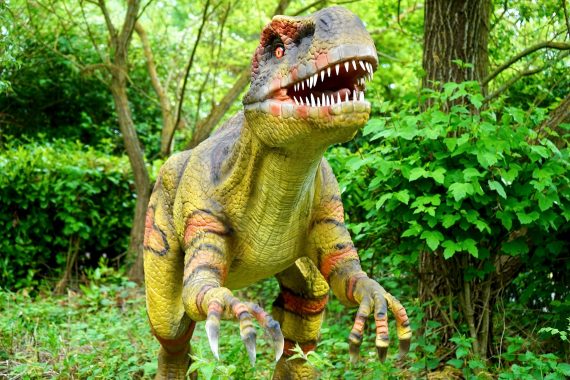 They studied the colors of modern dinosaur relatives – these include crocodiles, turtles, and 4,022 species of birds. They also looked at bright red, yellow, and orange colors that birds extract from their food (this is called carotenoid). Based on their analysis, they believe that there was a 50% chance that the soft tissue of archosaurs may have contained bright colors – specifically on the beak, skin, and scales. On the other hand, the experts revealed that there was absolutely no chance of the creatures’ feathers or claws being colorful.

Interestingly, birds that extract a larger amount of carotenoids from plants have more colors in additional places on their bodies than carnivores and omnivores. Julia Clarke, who is a professor at the Jackson School, went into further details by noting, “The earliest dinosaurs were pony-sized and ate large, vertebrate prey,” adding, “Different groups shifted to plant-dominated or mixed diets. This shift likely led to changes in coloration of skin and non-feather tissues.” 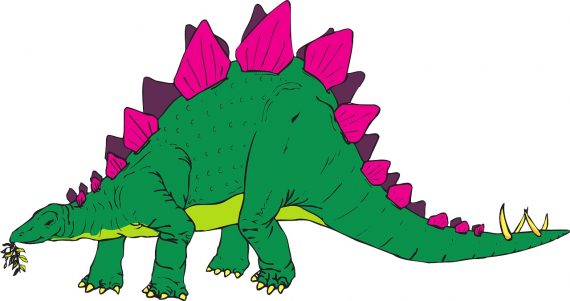 Another note-worthy fact that the researchers found was that out of the 4,022 birds that were studied, approximately 54% of them were brightly colored. And of that 54%, the bright colors were present in just the non-feathered tissues in 86% of them.

Mary Caswell Stoddard, who is an associate professor at Princeton University, stated how important this study was, “There is so much more to birds' color than their plumage—just think of the vibrant orange-yellow bill of a toco toucan—but feathers tend to get the most attention.” “This study unravels the evolutionary history of carotenoid-based coloration not just in plumage but also in the beaks and skin of birds and their relatives.”

The study was published in the journal Evolution where it can be read in full.