First Ever Human Remains Recovered From the Ancient Thera Eruption

For the first time ever, human remains have been found in relation to the catastrophic Thera eruption that occurred more than 3,600 years ago. The volcanic eruption happened around the year 1612 BC on the Greek island of Thera (it is now called Santorini) which is located in the Aegean Sea.

The eruption was so massive that it was believed to have been as powerful as 40 atomic bombs going off and about a hundred times more powerful than the Mount Vesuvius eruption in 79 AD. There may have been as many as 20,000 people killed by the eruption. And for the first time ever, a victim from the eruption has been located. 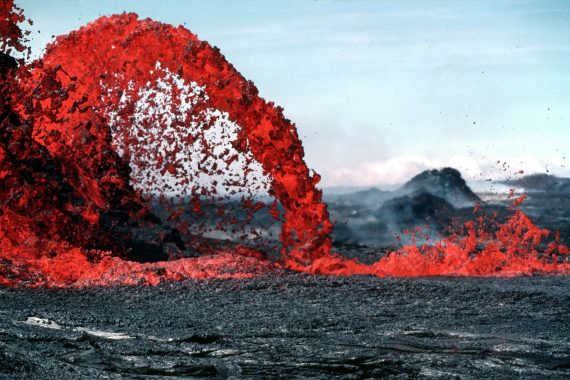 It was during excavations at a Late Bronze Age site near Çeşme Bay called Çeşme-Bağlararası on the western coastline of Turkey that archaeologists unearthed the remains of two skeletons. Detailed analysis revealed that the remains were of a man and a dog. They died as a result of being hit by a tsunami that would have been caused by the Thera eruption.

This is very significant as it was previously thought that only ash had fallen in that specific area of the Mediterranean. However, now the evidence has shown that several large and devastating tsunamis did hit the area that took out numerous settlements.

Researchers have found evidence of pits that were believed to have been dug up in order to recover victims from the tsunami, but they obviously missed at least one individual as he was located approximately one meter (3.3 feet) further beneath one pit. “It is also in the lowest part of the deposit, characterized throughout the debris field by the largest and heaviest stones (some larger than 40 cm [16 inches] diameter), further complicating any retrieval effort,” the researchers noted.

The man was believed to have been swept up with a bunch of debris and ended up against part of a fortification wall that would have been damaged from the tsunami. In fact, several pieces of damaged walls were found in addition to charred remains, other rubble, and layers of volcanic ash. Studies have revealed that at least four tsunamis in a row hit the area due to the eruption.

Pictures of the site where the man’s remains were found can be viewed here.

The study was published in the Proceedings of the National Academy of Sciences.