As you might well know, for the most part I don't do too much in the way of book reviews. That is, however, unless something really significant comes along. And, today, we do have something significant to share with you. It comes from David Weatherly, the author of many books, including Black Eyed Children and Strange Intruders. You may also know that David has, for sometime now, been working on a highly ambitious project to chronicle the strange creatures, the unknown animals, and the monsters of the entire United States. That's right: David's goal is to write a book based on every single U.S. state.  All of them. Some might say that such a thing is way too ahead. Not so, I say. David, so far, has a handful of books in the series. And, as I write this article, two more books in the collection are on their way. With that all said, let us see what David has to say about the strange creatures of both Montana and Georgia. We'll begin with the first. Titled Monsters of Big Sky Country - and with a Foreword from John LeMay - it makes for gripping and eye-opening reading. 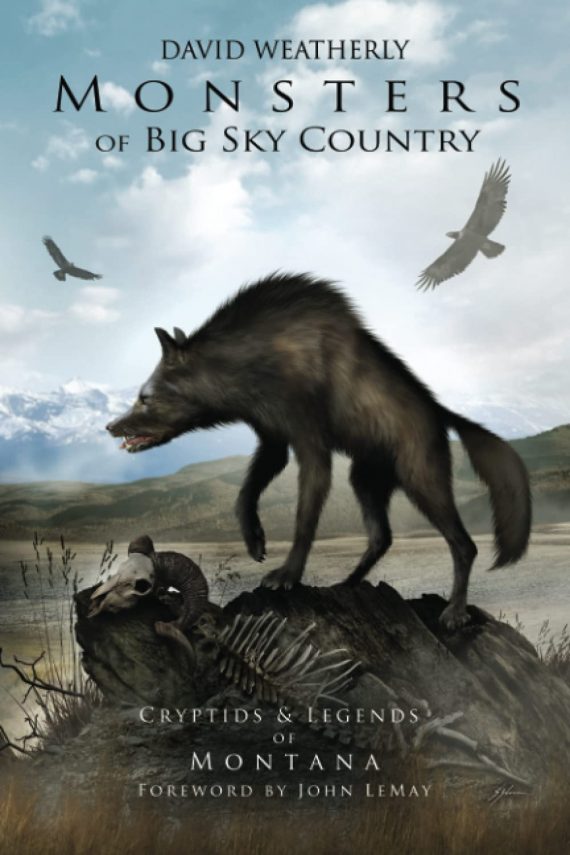 There is a particularly fascinating section of the book that is focused solely on unknown, flying monsters. If you thought that the Mothman of Point Pleasant, West Virginia, was the only one of its type, you would be wrong. As you will now see. David delves deep into the world of Native America and of the legendary, gigantic Thunderbirds that are part and parcel of Native America's history. As one example of many, David says: "In the 1860s, a party of Blackfoot, led by Heavy Runner, set out on a horse raid against the Crow tribe. When they reached Bear Creek, they spotted a massive bird flying directly before them. Heavy Runner believed the creature was an ill omen and decided to turn back and abandon the raid." We learn that a significant body of the tribe ignored the omen. It turned out that was a very big mistake. As David says: "Five of them were killed during the attempted raid, seemingly affirming that the bird was a sign of bad fortune."

How about Georgia's lake monsters? The cousins of the Loch Ness Monster, maybe?  There are more than a few strange things lurking in the waters of Montana. As David reveals: "Ronald Haller was floating downriver near Fort Benton in Chouteau County in the summer of 1970 when a 6-8-foot-long black fish struck his boat with so much force that it dented the fiberglass." Then, there's the Flathead River and Flathead Lake. Legends of a giant beaver in the same area abound, too. As for the description of the Flathead Lake monster, it's described, says David, as "...with some reporting it as a giant fish, while others point to something more prehistoric in appearance." Add to that the tribe of the "little people of the Pryor Mountains," huge snakes, Bigfoot, and what are intriguingly titled "Living Lights," and you will come to appreciate the sheer extent of the mysterious creatures that lurk and roam in Montana. 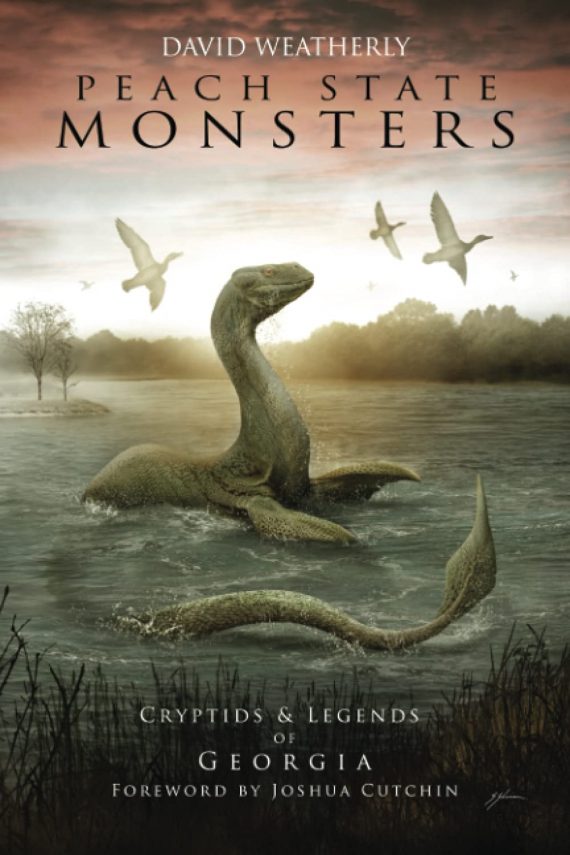 Now, let us focus on the state of Georgia and our second book today: Peach State Monsters (with a Foreword from Joshua Cutchin). On reading the Georgia-based book I was particularly intrigued by the large number of reports of creatures that can only be termed as werewolves, as mysterious wolves, and as Dog-Men of the type that Linda Godfrey has investigated for a long time. We are talking about very mysterious canids. And, there is the Wolf Girl of Talbot County (of the 1840s). To some degree, there appears to be similarities. Sadly, it seems that with regard to the latter story, it was created out of a girl who, as David says, "had an unusual appearance." Reportedly, she had shaggy hair, and her teeth were almost fang-like. That she became a recluse, caused the stories and rumors surrounding her to grow even more. Moving on, how about a tiger on the loose in Georgia's Bulloch County back in 1890? Not exactly a monster, but certain an out of place animal! And a potentially dangerous and deadly one, too.

Reports of so-called "Alien Big Cats" can be found all over the place, and not just in the United States. Certainly, the most mysterious of the ABCs are the "Phantom panthers." Typically large, they are black in color and eerily elusive. Georgia certainly has its share of ABCs, David shows. This particular story - of the Alien Big Cats - is a fascinating one. It makes it very clear that, over not just the years - but the centuries, too - ABCs have been roaming around a great deal of Georgia. On the Bigfoot front, David reveals the multiple types of man-things that prowl around Georgia: Skunk Apes, Wild Men, hairy swamp monsters and, of course, Bigfoot. It's clear from David's research that there appears to be more than just one type of mysterious ape in the U.S., something that makes the mystery even more amazing. And, there is the undeniably creepy story of a Georgia-based giant spider "as big as a house cat!" Now, that would most definitely be an amazing sight! And, finally, many thanks to David - and his Eerie Lights Publishing company - for giving us permission here at Mysterious Universe to use the cover images of David's two books, all skillfully put together by ace artist Sam Shearon.

New Study May Explain the Origins of Earth’s Water